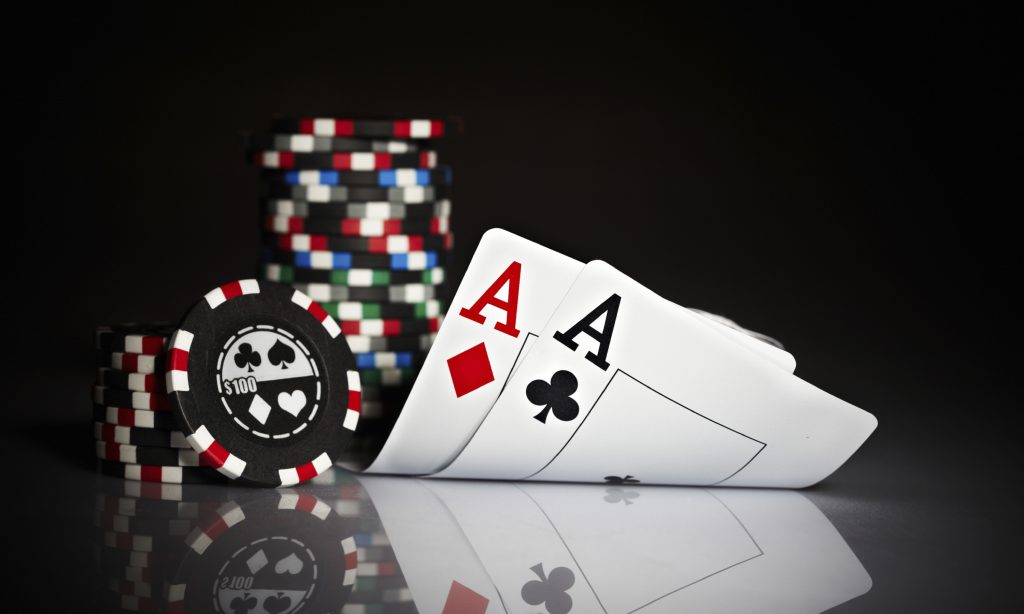 Months ago, I was pleased to host an episode of The Daily Fantasy Sports Roundtable in which participants discussed the similarities between DFS and poker and how the lessons and strategies of the latter apply to the former. It’s still one of my favorite episodes. But dissimilarities between the two also exist, and it’s possible that people make too much of the DFS-poker analogy, just as they do with the DFS-stock market analogy.

This is the 68th installment of The Labyrinthian, a series dedicated to exploring random fields of knowledge in order to give you unordinary theoretical, philosophical, strategic, and/or often rambling guidance on daily fantasy sports. Consult the introductory piece to the series for further explanation.

First let’s talk about the similarities. Both games are a mixture of skill and luck. The best players in both are often those who have a high degree of skill and also know how to position themselves to benefit from luck — because even being lucky is a skill.

Often the same people who play one play the other. For instance, FantasyLabs contributor Adam Levitan not only plays, writes, and pods about DFS. He also plays poker, and apparently he’s not horrible at it. And quite a few of the best DFS players today are people who played poker professionally online before . . . you know . . .

To be good at poker and DFS, one must have a hybrid, unique skill set. One must essentially be both a scientist and an artist. One must be the game-playing equivalent of an anesthesiologist.

According to (the) one retired anesthesiologist I know, anesthesiology is both a science and an art. The science is obvious: The anesthesiologist must have a strong knowledge of how the various drugs administered interact with each other and also with the chemicals that naturally reside in the human body.

I’m not sure if this is a ‘haute take’ — that’s what we call ‘hot taeks,’ because we’re super classy — but here it goes: Poker and DFS are more dissimilar than they are similar.

Basically, some people reduce poker and DFS to a few of their shared traits and, on the basis of those traits alone, assume that the two are essentially versions of each other. They’re not. Similarity does not equal similitude.

Let’s consider some of the ways in which poker and DFS are dissimilar.

Poker is based on the distributions and combinations of cards. DFS is based on the various performances that occur within professional sporting events. That is incredibly significant. The way that cards are distributed is 100 percent random, both within hands and from hand to hand. What happens in sporting events, however — within a game, from game to game, and even from season to season — is not random.

In poker, we have no way of analyzing before the competition starts just how the cards will be dealt. In DFS, though, we can anticipate with a degree of accuracy how players and teams will perform across a variety of contests. Of course, in poker — if you know your opponents — then you might be able to anticipate in advance how they will react if they are dealt certain cards in particular situations. That’s possible.

At the same time, in DFS you can predict without even personally knowing your opponents how they as a cohort might behave (as reflected by ownership of players). And this brings us to the next point . . .

The Primary Subject of Analysis

In poker, players don’t really analyze cards. They analyze their opponents and the moves they make once the competition has started. That’s not to say that the cards aren’t important. They’re very important. It’s just that analyzing the cards is an a priori fact. It’s almost something they do instinctually, like breathing. They don’t get their edge by analyzing and playing cards. They get it by analyzing and playing people.

In DFS, you analyze athletes who are not directly competing against you. Or, phrased differently, you are considering their interactions with other athletes. You are more concerned with the metaphorical cards and how they will compete with other cards when they are all on the table. This isn’t to say that we shouldn’t care about how our fellow DFS players might approach contests. We should care. It’s just that what DFS competitors do is much less important than what the athletes in their lineups do.

Here’s maybe the best way to put it: In DFS, the primary analytical task is probabilistic. In poker, it’s psychological.

In a live poker tournament, you have only one entry and thus only one opportunity to win, which can encourage extreme behavior. In DFS, though, you have the opportunity to multi-enter most tournaments, which means that instead of having an all-or-nothing mentality with each entry, you can have more balance. You won’t necessarily care about any particular lineup. Rather, you can have a shotgun approach. You can focus on big-picture strategy, tactics, theories, and ideas across your portfolio of lineups instead of treating each one as if it’s the Hail Mary that must be caught for a touchdown.

With poker, you sweat and strategize each hand as you play it. You are a swordsman. With DFS, you strategize from on high. You are a military strategist, and the lineups you deploy are the soldiers whose names you don’t know. You know how many battalions are in the field. You know how many infantry, horsemen, and archers you’ve sent to fight — and you know that most of them will probably die — but you don’t care — because you are a DFS general.

The Biggest Difference of Them All

All of these dissimilarities are large — but they are small in comparison to this one: Control. In poker one has no control whatsoever regarding the cards that one is dealt. Poker players, of course, can control how they respond to their in-game circumstances — so too can DFS players who use late swap on DraftKings — but poker players are incapable of determining the cards they hold.

Something equivalent to that is possible in DFS. Players have the power to roster the athletes they most prefer — as long as they are willing and able to pay for them. Despite the presence of a salary cap in many contests, DFS players have immense discretion regarding the athletes who end up in their lineups. In DFS, via a very non-random process, within a very wide range and combination of options, we get to choose the cards we are dealt.

To borrow (poorly) from Mark Twain, that’s the difference between lightning and . . . not lightning.

The Mirrors in the Labyrinth

I ended the very first piece of this series by saying that “DFS is not a maze. DFS is a labyrinth.”

In that statement, I don’t mean to suggest that playing DFS is exactly the same as walking through a labyrinth. Rather, I mean to convey that they are similar. Additionally, I believe that the DFS-labyrinth analogy has value. In a literal way, it can help to center you.

I believe that the DFS-poker analogy has utility, but — just like a stud player in a guaranteed prize pool — it shouldn’t be overplayed. The analogy is far too imperfect to be relied on regularly as a decision-making touchstone.

How much is too much when it comes to relying on the DFS-poker analogy?

I have no idea.

Finally, a factoid: In 2011, the Italian artist Michelangelo Pistoletto created an exhibit for the Serpentine Gallery that was hailed as a masterpiece of conceptual art. The exhibit, The Mirror of Judgement, was a labyrinth in which along the path were stationed sculptures of various world religions surrounded by mirrors. Walkers of the labyrinth, in viewing the pieces of art, would inevitably see themselves and others reflected in the mirrors. This was by design. In essence, by merely being present in the exhibit, those looking at the art became a piece of the ever-evolving artwork.

In looking at the DFS-poker analogy, you inevitably will see yourself. You will also see others. The same applies for all analogies, theories, and ideas. Don’t pretend as if you don’t exist when you consider the world. Understand how you fit within the analogies you see and then decide which of them should inform your reality (and fantasy).