Toward a Theory of DFS Arbitrage 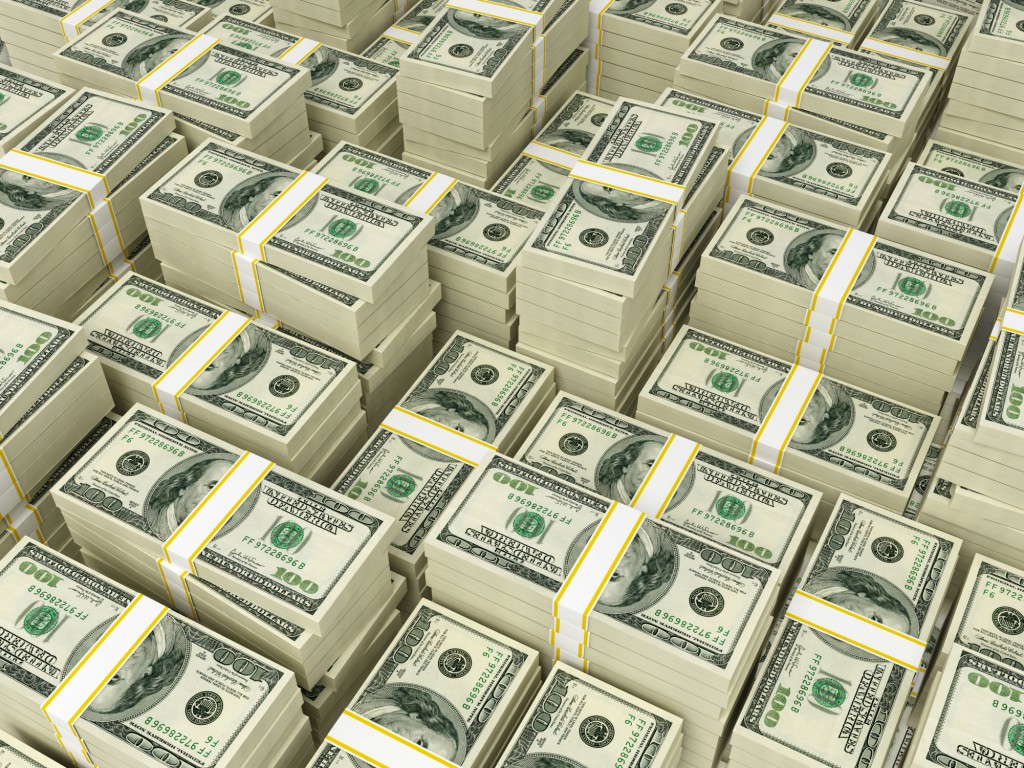 In the early months of 2013, a new site called RotoViz (founded by a guy whose real name almost nobody knows) innovatively appropriated a term/idea from the world of finance and started using it in a fantasy sports context: Arbitrage. Per Fantasy Douche, “fantasy arbitrage” is/was basically a theoretical way of getting something for nothing. I believe that the first time “arbitrage” was applied to fantasy sports, it was in the service of an argument about the relative value of Cecil Shorts. Not all great ideas have great beginnings.

This is the 53rd installment of The Labyrinthian, a series dedicated to exploring random fields of knowledge in order to give you unordinary theoretical, philosophical, strategic, and/or often rambling guidance on daily fantasy sports. Consult the introductory piece to the series for further explanation.

What Did We Know?

In full disclosure, I should say that I was a contributor to RotoViz (as was FantasyLabs Cofounder Jonathan Bales) when the fantasy concept of arbitrage started to make its way around the degenerate portions of the Twittersphere.

Some people liked the idea and immediately sensed its functionality. Other people got caught up on the mechanics of the analogy and didn’t like the “misapplication” of the term because (like every analogy) the analogy wasn’t perfect. To this second set of people, it was just another one of those crazy-*ss RotoViz ideas.

In retrospect, I think that the way that people responded to and theorized the fantasy concept of arbitrage was important. It was the canary in the coal mine.

So What Happened to the Idea of “Fantasy Arbitrage”?

I was going to compare fantasy arbitrage to Rey in The Force Awakens — but I wouldn’t want to offend anyone who dislikes (imperfect) analogies.

What was once niche has become mainstream. No one talks incessantly about arbitrage anymore, just as people don’t talk nonstop about the need to breathe. At this point, it’s just something that you do without needing to think.

For instance, in a recent RotoViz piece on bullet holes, survivorship bias, and the analyzation of DFS lineups, several “arbitrageable opportunities” present themselves and not once does the author actually use the word “arbitrage.” If this piece had been written three years ago, it would’ve been entitled, “Arbitrage, DFS Lineups, and More F*cking Arbitrage.”

Even though the term has fallen into disuse, the arbitrage perspective is now so ubiquitous that the industry no longer needs a specialized term that few people understand to express a straightforward idea that most people intuitively grasp.

In short, people stopped using the term because the industry itself had been “arbitraged.”

In finance, arbitrage is the act of capitalizing on a clear pricing discrepancy, usually between multiple markets. It’s basically “trading the spread.”

Also, I should say that I used to (pretend to) work in finance, and at one conference I heard one guy say to another, “The only real way to make money in this business is to trade the spread.”

Here’s the thing: “Trading the spread” can mean almost anything. It can be applied to so many aspects of finance — and fantasy sports. If someone ever talks about trading the spread (and that person isn’t obviously talking about sports betting), you really need to ask the obvious question: “Which spread are you talking about?”

Here’s how it works: Let’s say that Company A is going to buy Company B, which has shares that trade for $9.00. Company A announces that it has reached a deal with Company B to buy all of Company B’s shares on a specific date in the future for $10.00. Whenever that news is announced, the price of Company B’s stock will jump up to maybe $9.90.

Why didn’t it jump up to $10.00? Because there’s a chance that the deal actually might fall apart before the purchase date. Basically, that $0.10 spread between the purchase price and the current price represents the market’s caution and acknowledgment that there is some risk associated with the transaction.

The arbitrageur will look at that $0.10 spread and say, “I can capitalize on that risk by trading the spread — buying at $9.90 and selling at $10.00 — because the market is overvaluing the odds that this deal will fall apart.”

In this instance, the pricing discrepancy for the stock is between the future market (which Company A has established) and the current market.

Again, there are other ways in which one can conduct arbitrage, but this is the classic example.

Fantasy arbitrage as originally theorized and presented by Fantasy Douche is/was the practice of basically “trading the spread” between two highly similar (and commoditized) fantasy assets.

For instance, let’s say (for the purposes of fantasy sports) that you think of NFL wide receivers not as people (which they are) but as a collection of fantasy points waiting to be scored, with varying projections and probabilities of outcomes.

And now let’s say that you are in a seasonal fantasy draft and you expect both receivers to get roughly 1,200 yards and six touchdowns in the upcoming season. And the slightly riskier receiver (based on average draft position) is available three rounds later than the slightly more consistent receiver.

Which receiver would you draft?

If you explicitly decide to bypass the first receiver and instead draft the second receiver three rounds later, thereby “trading the spread” between the two because you know that in the end they are probably the “same” player from a production standpoint, then you are practicing fantasy arbitrage.

Basically, it’s the intentional decision to assume a little bit of risk by taking the cheaper of two players who are as comparable as two players can be.

Toward a Theory of DFS Arbitrage

I believe that the concepts of arbitrage can and should be applied to DFS. And they can be applied in a variety of ways across all sports.

Our Plus/Minus metric has elements of arbitrage built into it, allowing FantasyLabs subscribers essentially to trade the spread between historical or projected differences in production based on the same asset: A set amount of DFS salary.

Of course, there could also be the classic fantasy arbitrage as introduced by Douche. One could look at two players who have similar DFS projections for a slate, and one could trade the difference in their salaries. That’s a pretty standard practice.

The concept of arbitrage could be especially useful in helping us answer important questions regarding DFS tournaments. For instance, here are a couple of questions that I just came up with:

You get the idea. I’m sure that we could go on for a long time coming up with questions like that.

People sometimes think about the concerns expressed in these questions, but they don’t usually bother to quantify their process. They just make vague estimates. If we were looking at this through more of an arbitrage perspective, we would appreciate the importance of knowing exactly what the spread is.

Should We Call This “Ownership Arbitrage”?

Here’s the DFS spread that I think needs to be arbitraged the most: The difference between the percentage of lineups in which a player will be rostered and the percentage odds that the player meets (or exceeds) a certain salary-based threshold.

Right now, I am choosing to call this “Ownership Arbitrage.”

I have theories on what would go into this metric, but in general the basic idea is that, if the market of DFS players is putting a guy in five percent of tournament lineups but he really has a 20 percent chance of achieving proper value, then there’s a 15 percent spread there that we need A) to know about and B) to trade hard.

There are lots of ways that this could be theorized, and I’m sure that different methodologies would yield vastly different versions of the metric and thus results.

The important thing for DFS players is to start thinking about this all-important spread in a quantified way. I think that the framework of arbitrage can help us do that.

And that’s why I’m starting to work toward a theory of DFS arbitrage.