The Two Sides of Uncertainty in Daily Fantasy Sports 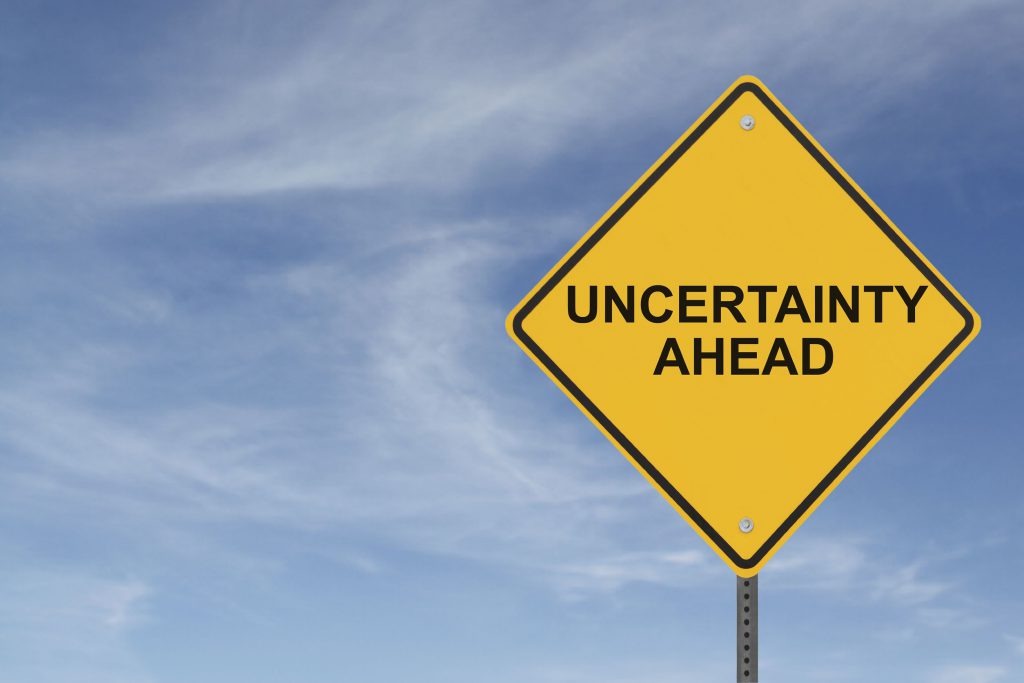 This is a post about uncertainty in daily fantasy sports — in case you’re not into reading titles.

This is the 60th installment of The Labyrinthian, a series dedicated to exploring random fields of knowledge in order to give you unordinary theoretical, philosophical, strategic, and/or often rambling guidance on daily fantasy sports. Consult the introductory piece to the series for further explanation.

I have a running list of ideas for The Labyrinthian. Right now, about 100 random ideas are on this list, and that’s not counting the half-formed thoughts jotted down on the random papers strewn across my office.

Most of these ideas will never be explored and turned into posts. To borrow from Andrew Marvell and Robert Frost, I have not world enough, and time, to take all diverging roads in a yellow wood.

How do I choose which ideas to turn into articles? Very randomly. If anything, like wands with wizards in Harry Potter, the ideas choose me. Whenever it’s time to write a piece, I quickly survey my list of potential topics and usually settle on the one that, for whatever reason, particularly strikes me at that moment. That’s basically the extent of the magic.

Given my topic — uncertainty via Nassim Nicholas Taleb and Nate Silver — I’m reminded of Umberto Eco’s antilibrary, which Taleb discusses in the first chapter of The Black Swan. For Taleb, what’s notable about Eco’s entire collection of books is not that it’s absurdly large. Rather, what’s notable is that it contains more books than anyone could possibly read in a lifetime. Libraries are composed of books that people read. Antilibraries are composed of books that are unread.

I have just realized that my running list of ideas for this series can more accurately be thought of as an anti-Labyrinthian. Like the books that Eco will never read, the vast majority of my ideas will never be touched. They are the Labyrinthian equivalent of all the White Swan-esque players you don’t roster in a DFS contest.

As I write this piece in the ungodly hours of the early morning, I hear birds chirping. I see a family of deer eating my bushes. I sense the faintest light breaking through the mountains in the east. And I’m reminded that sometimes life is about the articles we leave unwritten, the ideas we never explore, and the subjects about which we remain forever uncertain.

Basically, this tweet is saying that, relative to the odds of any long shot actually paying off, the pay off itself is worth more. According to Taleb, betting on a long shot yields positive expected value, which is generally not what most people would expect.

Why is betting on long shots a +EV strategy? Because the event covered by the wager seems highly unlikely — that’s why it’s a long shot — and it’s hard for people to determine whether the probability of the event’s occurrence is, for example, 0.01 percent or 0.05 percent.

On the one hand, the difference between those two percentages might seem rather small, especially when one (fallaciously) believes that the event has effectively no chance of occurring. On the other hand, there’s a big difference between an event occurring once in 10,000 tries and once in 2,000 tries — especially if the event is something of a high-impact Black Swan, which long shots tend to be almost by definition.

The multiplicative extremity of such a miscalculation — even though the 0.04 percentage-point difference appears to be insignificant — is what, per Taleb, “raises the value of long shots.” If you are betting on an event that occurs 0.05 percent of the time, and you are receiving odds in proportion to an event that occurs only 0.01 percent of the time, then in the long run you are practicing a very lucrative form of ownership arbitrage.

A couple of months ago, using some of Silver’s work, I wrote a piece about randomness, accuracy, and precision in DFS. I’m still alive, so I’m assuming that Tom didn’t read it.

Anyway, let’s assume that whenever anyone is calculating odds, there will always be some inaccuracy and imprecision. Let’s assume that even the best oddsmaker in the world has a (phenomenal and totally unreal) margin of error around 0.04 percentage points. And let’s also assume that randomness, or the “variance” Taleb mentions in his tweet, strikes on occasion.

At the extremes, though, where a calculation error of just 0.04 percentage points is proportionally massive, this slight inaccuracy and imprecision can have outsized consequences when randomness occurs — and randomness always occurs at some point. That’s why long shots are so valuable.

It’s not a surprise that Taleb would suggest that long shots are relatively valuable and undervalued. That insight is the foundation upon which he has built his wealth and perspective on life. The day after the tweet above, he posted a follow-up tweet about long shots and how they should be priced, linking to a piece of his in which he says this:

Silver vs. Taleb: What Is Uncertainty, Really?

In the first chapter of The Signal and the Noise, Silver discusses the rating agencies that improperly rated the collateralized debt obligations that defaulted in 2007-08 and thereby caused the Great Recession:

In a broader sense, the rating agencies’ problem was in being unable or uninterested in appreciating the distinction between risk and uncertainty.

Risk, as first articulated by the economist Frank H. Knight in 1921, is something that you can put a price on. Say that you’ll win a poker hand unless your opponent draws to an inside straight: the chances of that happening are exactly 1 chance in 11. This is risk. . . . In the long run, you’ll make a profit from your opponents making desperate draws with insufficient odds.

Uncertainty, on the other hand, is risk that is hard to measure. You might have some vague awareness of the demons lurking out there. You might even be acutely concerned about them. But you have no real idea how many of them there are or when they might strike. Your back-of-the-envelope estimate might be off by a factor of 100 or by a factor of 1,000; there is no good way to know. This is uncertainty. Risk greases the wheels of a free-market economy; uncertainty grinds them to a halt.

The alchemy that the ratings agencies performed was to spin uncertainty into what looked and felt like risk.

Uncertainty isn’t always good or always bad. Uncertainty is like politics. Everything depends on which side you’re on.

Silver is basically the embodiment of the cash-game player. He can tolerate risk — as all DFS players must — but he seeks to avoid uncertainty as far as he can. He’s not at all a risk-averse strategist. On the contrary, risk is the only kind of danger he tolerates.

Taleb, meanwhile, is the classic tournament player. He’s so much more than a risk-seeking practitioner. Rather, he entirely avoids ‘risk,’ as it were — because risk can be definitively quantified — and he instead positions himself in the midst of uncertainty so as to benefit supremely from the sporadic eruptions of chaos. To such a player, uncertainty is a religion.

A religion with holy scriptures never to be read by the faithful.