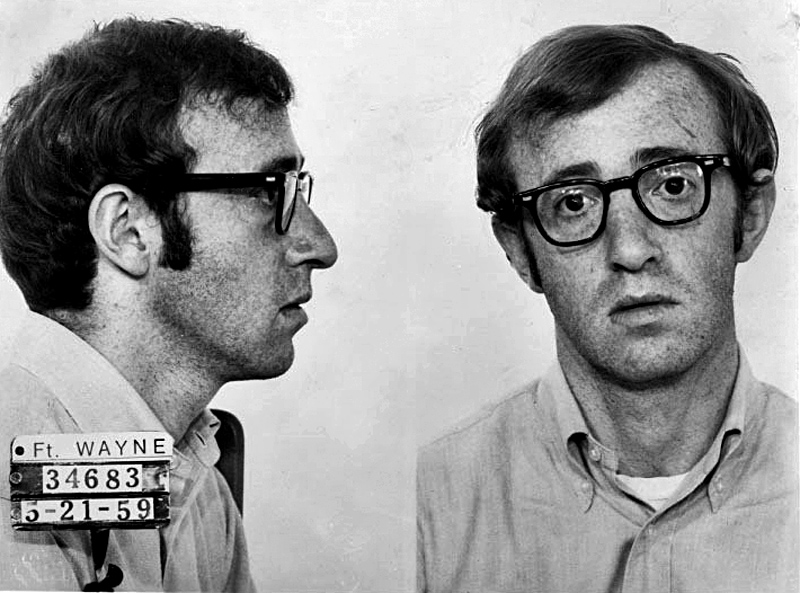 A month ago, I wrote about the simpleton’s NBA cash game model: the greatest positive Plus/Minus model to be used by absolutely no one. Although that concoction backtested better than the standard offerings in our Models section, it is highly unstable in that 98 percent of its inputs are directly tied to our projections via the Projected Plus/Minus and Projected Points Per Dollar Ratings. The remaining two percent — the only part of the model based on fixed numbers — takes the form of Bargain Rating, which is a percentile rank through which you can gauge the disparity in pricing for any given player on DraftKings and FanDuel. It’s an important metric, but to use it correctly you need to put it in its proper context. Sometimes, players are cheap on a given platform for a reason. That’s what this piece is about.

This is the 20th installment of The Labyrinthian, a series dedicated to exploring random fields of knowledge in order to give you unordinary theoretical, philosophical, strategic, and/or often rambling guidance on daily fantasy sports. Consult the introductory piece to the series for further explanation.

I have a love-hate relationship with Woody Allen. Just as I appreciate the fantasy production of morally suspect players, I enjoy the films of a guy who throughout his career has been accused of some questionable actions. Seriously, Annie Hall might be the most under-appreciated movie of the last 50 years. Yet, bizarrely, Allen might be the most over-appreciated director of the last 50 years. Those two assertions are entirely compatible.

In part, what makes Allen’s films so brilliant is their economy. They have straightforward stories, simple acting, minimalist camera work, nonintrusive directing, and a low budget. That’s how the guy can manage to pump out a movie per year. Both existentially and pragmatically, they are inexpensive. Bare.

But sometimes this ascetic approach results in films that are more than just inexpensive. Sometimes Allen’s films are inordinately cheap. For an elite filmmaker, Allen has an incredibly high percentage of productions that never should’ve been made. As much as I love the idea of an Allen film that features desert island candidates Teá Leoni, Debra Messing, and Tiffani Amber Thiessen, the 2002 film Hollywood Ending is better in theory than reality. (And the actual film isn’t even all that good in theory.) And did the world really need Bananas in 1971?

Appropriately, within his films Allen sometimes takes an interest in the distinction between money and quality. Take for instance this exchange in Midnight in Paris between the protagonist and his fiancé’s elitist mother as they look at a piece of furniture he has suggested they buy:

At another point in the film the character Ernest Hemingway asks Gil if he’s ever hunted, to which Gil responds with “Only for bargains,” which (within a movie that was made on only $17 million) is the perfect response to a historical author who was famously parsimonious with his words.

Too many of Allen’s films are plagued by asinine stories, cardboard acting, uninspired camera work, and nonexistent directing. The only good thing you can say about them is ironically what probably causes them to be bad and other Allen films to be good: they have a low budget. The problem is that if a studio gave Allen more of a budget, he probably wouldn’t know what to do with it, because he’s not a big money director. He’s a small money director who produces enough material to get a hit once every seven years or so. But he doesn’t deserve more money for his films.

At his core, Allen is an inexpensive filmmaker. Sometimes that frugality translates into fantastic productions. Other times, it translates into cheap movies that are cheap for a reason.

If a house seems way too cheap, it’s probably closer to fair value than you realize. The same goes for stocks. If shares of a company are trading at a price that just seems way too low in comparison to the company’s past production, the price might actually be reasonable even if you can’t directly see the reasons for the valuation.

It might sound weird of me, as a proponent of value investing, to say that sometimes a very low price is a bad thing, but it’s absolutely true.

If a house is priced cheaply in comparison to the other houses in the neighborhood, that might mean that you have found a bargain. It also might mean that you are throwing your cash into a money pit. It might have a bad foundation. It might be infested with termites. It might a former drug den. It might reside in a location that is vulnerable to flooding. The more inexpensive a house is, the cheaper it probably is.

Within the stock market, a stock that appears to be cheap but really isn’t is typically called a “value trap.” Like Chewbacca reaching for a piece of meat and ending up caught in a net, investors often see these corporate carcasses that for a long time have been trading at a low price in comparison to their earnings, cash flow, or book value — and then investors will add shares of these companies to their portfolios without realizing that they have just walked into a value trap. Years later, these investors will wonder why the shares of those companies haven’t appreciated. It’s because those companies were already dead. They were the meat in the trap that snares investors who are always thinking with their stomachs.

It’s time that I get to something that actually has to do with DFS. According to our NBA Glossary, this is the definition and explanation of Bargain Rating. It’s worth considering at length:

The Bargain Rating stat is extremely powerful and useful in a number of ways. First, there’s a strong link between Bargain Rating and player value (Plus/Minus). That shouldn’t be surprising since Plus/Minus is determined based on price; the cheaper a player, the more potential value he can offer (assuming the same skill level). It is smart to use Bargain Rating in your player models, especially in a sport like basketball in which it pays to be price-sensitive.

Second, Bargain Rating is an excellent way to determine where to get exposure to certain players. If you play daily fantasy sports on both DraftKings and FanDuel, you should get exposure to the players you like where they’re the cheapest. A big part of finding value is leaving yourself a cushion to soften the negative impact of assessment errors, and Bargain Rating does that better than any other stat.

Everything in that passage is correct. I don’t want to give the impression that it’s not. Rather, what I want to do is examine some of the implications and assumptions of this passage.

One particular phrase to consider is “assuming the same skill level,” since skill level is an incredibly important factor that is not taken into account at all in Bargain Rating. Although the metric is correlated with other metrics that measure or project production, a high Bargain Rating itself shouldn’t be taken as a sign that a player is actually undervalued. It’s merely way of pointing out that a player is cheap. Whether he is actually inexpensive is up to you to determine.

We should also look at the phrase “you should get exposure to the players you like where they’re the cheapest.” This phrase assumes that you already want exposure, and that’s exactly as it should be. You shouldn’t like players merely because they have low Bargain Ratings. You should like players and then target the ones with depressed salaries. This order of operations will help you find players who are inexpensive and not just cheap.

All of this is incredibly important, because (based on some conversations I’ve had with subscribers) far too many people are viewing Bargain Rating as a means of finding players to like. That’s not how to use the metric. Rather, you should focus on other metrics, such as Projected Plus/Minus, to find players you like, and then you should use Bargain Rating to sort through those players.

Bargain Rating tells you much more about price than it does about production. It might tell a little about production, because production and price are correlated, but you shouldn’t look at Bargain Rating as if it’s going to give you a great idea as to who will do well at a cheap price. It won’t. All it will tell you is how the salaries at DraftKings and FanDuel compare on any given slate.

The Hidden Facts of Bargain Rating

I don’t want this to sound as if I am trashing our metric. I’m not. It’s a fantastic metric when used right, and to use it right you need to understand it.

What I’m getting at is this simple fact: Sometimes, because of these other differences between DraftKings and FanDuel, it actually makes sense for a guy to be relatively cheaper on one platform and more expensive on another. In these instances, you might look at the Bargain Rating and think, “This guy has a high Bargain Rating on DK, so he’s discounted and I’ll play him on that site” — but the truth very well might be that he is fairly priced on both sites. In fact, he might even be a better bargain on the site that gives him the higher salary (again, just because of differences in scoring, format, etc.). This isn’t always the case — often you can take Bargain Rating at face value — but you can’t do so blindly.

Also, there’s this fact: Bargain Rating means something only if you are assuming that a platform has priced a player too low in comparison to the production that you should expect from him. In general, the proper use of Bargain Rating assumes a looseness or exploitability in salaries.

The issue is that Bargain Rating as a concept might work better for one platform than for another simply because one of the platforms might have salaries that tend to be much more precise. For instance, here’s how all the players on DraftKings have collectively performed over the last two seasons:

Now, here’s how the top quintile of Bargain Rating players at DraftKings have done over that same timespan:

Over the last two years, the players who have been very inexpensive on DraftKings in comparison to FanDuel have been cheap for a reason. DraftKings has even been too generous in its salaries of these players, who have underperformed their salary-adjusted expectations.

And this is not to say that FanDuel was overpricing these players, because each platform is different in format and has different objectives that it wants to accomplish with its pricing.

Ultimately, I’m saying that we shouldn’t take a high Bargain Rating as de facto sign that a player is mispriced. It’s very possible that he’s cheap because the platform knows what it’s doing.

The Secrets of the Universe

The mysteries of life will not be solved by sending humans to Mars. Rather, they will be solved by dissecting atoms. Microscopes, not telescopes, hold the future. The space that matters is not outer space but the inner caverns of molecules. In the tiniest spaces lie the true secrets of the universe.

The more we learn about small things, the more we know about everything.

The way to get the most out of FantasyLabs is to dig into the Trends, Models, and metrics. By exploring and even questioning them, you will learn more about DFS as a whole.

The tapestry of the DFS universe is best understood not by studying it but by unraveling it and then reweaving it for yourself.