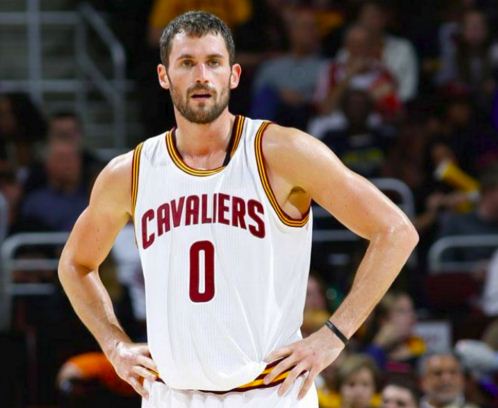 Over the last month, I’ve done a weekly column where I’ve compared DFS principles to some paradox, brain teaser, or non-fantasy related something. This week, I want to talk about a paradox that was brought up by Jerry B. Harvey in an article he wrote called The Abilene Paradox: The Management of Agreement. The paradox is as follows:

On a hot afternoon visiting in Coleman, Texas, the family is comfortably playing dominoes on a porch, until the father-in-law suggests that they take a trip to Abilene [53 miles north] for dinner. The wife says, “Sounds like a great idea.” The husband, despite having reservations because the drive is long and hot, thinks that his preferences must be out-of-step with the group and says, “Sounds good to me. I just hope your mother wants to go.” The mother-in-law then says, “Of course I want to go. I haven’t been to Abilene in a long time.”

The drive is hot, dusty, and long. When they arrive at the cafeteria, the food is as bad as the drive. They arrive back home four hours later, exhausted.

One of them dishonestly says, “It was a great trip, wasn’t it?” The mother-in-law says that, actually, she would rather have stayed home, but went along since the other three were so enthusiastic. The husband says, “I wasn’t delighted to be doing what we were doing. I only went to satisfy the rest of you.” The wife says, “I just went along to keep you happy. I would have had to be crazy to want to go out in the heat like that.” The father-in-law then says that he only suggested it because he thought the others might be bored.

The group sits back, perplexed that they together decided to take a trip which none of them wanted. They each would have preferred to sit comfortably, but did not admit to it when they still had time to enjoy the afternoon.

There have been a lot of people who have compared this paradox to “groupthink” or the nature of a group of people to come to a united decision because of their desire for harmony. Regardless of whether this paradox is exactly groupthink or not (really, it’s kind of just an entertaining truth about humans), I believe we can find some DFS takeaways in it, even specifically related to groupthink – which is something that is obviously really important in DFS because of ownership percentages in contests.

Consensus is powerful, but not perfect.

Every day in DFS, you’re going to come across the “chalk” plays of the day – the plays that the “group” or DFS community agrees are the best plays. A lot of the smartest DFS analysts will come to these plays naturally and independently – that latter point is key – but a lot of analysts are a lot like consumers. We’re all influenced by our peers. Even the best DFS analysts will be persuaded – both positively and negatively at times – by others and thus biased by their friends, fellow analysts, or again, groupthink.

Again, this can be both positive and negative. As said above, consensus is a powerful thing – that statement is true because of probability. What are the odds that one person is going to be right about something? Maybe good or maybe bad depending on the intelligence of that person. However, what are the odds that 100,000 people will be right about something? Usually, it’s much greater. The group can help weed out biases, missed data, and other factors that individuals can miss.

However, consensus isn’t perfect. And often times, it’s because of what happens in the paradox listed above – you may disagree at times with the chalk, but perhaps you’re too scared or too uncomfortable to call it out. No one likes going against the grain, especially in a public forum, after all. As such, DFS analysts are rarely going to put their “favorite plays” up without getting some sort of affirmation from others – again, that’s a good thing usually. However, all it takes is for one person to be wrong – especially if that one person is a highly influential analyst, who then influences another, who then influences another, and all of a sudden you have a “group consensus” that is very flawed.

Find your plays first, THEN consult the experts.

The best way to insulate yourself from this issue is to start your daily research completely by yourself. Analyze the slate of whatever DFS sport you’re playing independently of anything that could bias you. Again, perhaps you’ll miss something. But perhaps you’ll find something others – or even the whole DFS community – won’t.

In fact, the ideal way to use the public and experts should be just to double-check your own research. It shouldn’t be your research. That’s lazy and will rarely lead to success, especially in GPPs that depend on being away from the public. Of course, that means it is helpful to know where the public is at, but biasing your own research from the jump will hurt you more than it helps you.

Lastly, don’t be afraid to take chances, even if it goes against the public opinion. After all, the public doesn’t win first place in a large GPP; only one person does. And usually it is a person who took a chance, a person who was contrarian and went against the grain. The public can often be wrong – both by the volatility of sports and because of the bias listed above (if one really influential analyst is wrong, it’ll likely create a domino effect on the rest of the community). Don’t fall victim to those problems – do your own research, then check the group. And take some chances when they’re different.