The Case of Jameis Winston: What to Do in DFS with Players You Dislike? 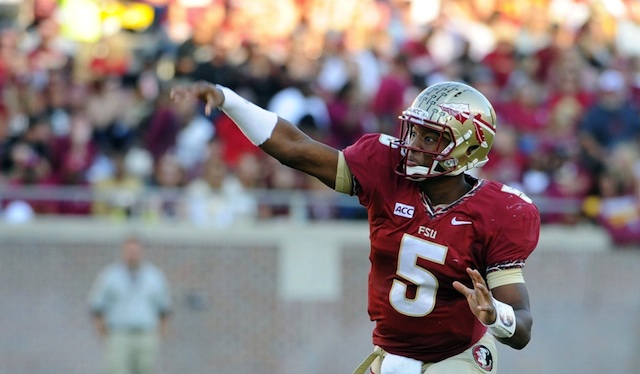 Already the labyrinth is leading me in a direction I did not foresee.

This is the second installment of The Labyrinthian, a series dedicated to exploring random fields of knowledge in order to give you unordinary theoretical, philosophical, strategic, and/or often rambling guidance on daily fantasy sports. Consult the introductory piece to the series for further explanation on what you are reading. Just think of this as the DFS version of The Neverending Story.

Originally, I had planned for the second piece in the series to be an application of value investing to DFS — and that piece will still be written — but I changed my plans when I read an article in the New York Times that made me think about the biases we have as humans and sports fans and how those biases can impact the decisions we make every day as DFS players.

The NYT piece that caught my eye was the report that Florida State University has reached a settlement with Jameis Winston’s accuser, with the university agreeing to pay her $950,000 and to improve its sexual assault awareness programs. That article is the launching point for this piece.

With the NFL season almost over, my talking about a football story that might not even seem relevant to DFS could be interpreted as . . . very “Freedman” . . . but essentially this piece generally explores a basic and thus important question: What should you do in DFS with players you dislike?

As such, this piece is applicable to all of DFS even though it’s inspired by a football news item.

When Models and Morals Diverge

Even though the extent of Winston’s rookie success has been exaggerated — he scored more than two touchdowns in a game only one time all season — he did have a good first year in the NFL. After all, he is going to the Pro Bowl, and all players at the Pro Bowl deserve to be there, right? #Sarcasm

But Winston’s one big game of the season — his 246-yard, five-touchdown performance on the road against the Eagles — was an absolute beauty. It highlighted his skills and his future potential, and that 45-17 victory marked the only time all season the Buccaneers won two games in a row. For Winston and his franchise, that game was a big moment.

And, if you were paying attention, entering Winston’s Week 11 matchup Fantasy Labs gave you indication that Winston had the potential to be a good DFS play. For one, he led the QB Sharpe Leaderboard through Week 10.

More importantly, according to our Pro Trends and Player Models, Winston had a number of factors indicating that he should be a DFS option against the Eagles. For instance, on DraftKings, Winston had a slate-low salary of $5,000 — but he had a 93 percent Bargain Rating (seventh-highest in slate), an opponent Plus/Minus of +1.7 fantasy points (13th), a 46-point Over/Under (10th), 18.3 fantasy points per game over the previous month (15th), a season-long cumulative Plus/Minus of +4.2 fantasy points (12th), a -$1,000 salary change over the course of the season (10th), and a 100 percent Consistency Rating (first).

None of these factors on their own indicated that Winston would outscore the Eagles all by himself, but taken as a whole they highlighted the extent to which Winston was so much more than just a minimum salary quarterback. At worst, he was a very reliable mid-tier quarterback priced as if his name were “Case Keenum.” At a minimum, he should’ve been in at least one lineup belonging to each DFS player who enters multiple lineups into tournaments.

But a lot of people didn’t have Winston rostered in Week 11. Why was that?

Some people disliked him because of what he had done on the field up to that point in the season — and that’s fair. He was a rookie quarterback who had exhibited little upside.

But other people disliked him because of what he had done off the field at Florida State — and that also might be fair, but that position proved to be unprofitable.

In Week 11, in the case of Winston, models and morals diverged. The people who went against the models missed out on a chance to make money.

Why Do You Play DFS?

And maybe you dislike some of them because you simply believe that they are (probably) bad people who have committed crimes that you’d rather not read about in a DFS article.

But what you need to decide is whether it’s fine for you to allow your dislike of someone to impact the way you play DFS. Is your dislike of an athlete costing you money?

Here’s the truth: If you eliminate players from consideration on the basis of anything other than how they are likely to perform in any given slate, you are probably costing yourself money. If you have a bias against a player — a bias that is even deserved but has nothing to do with the player’s skill — and if you make DFS decisions under the influence of that bias, then you are likely to create suboptimal lineups.

This season, if there were certain weeks in which because of off-the-field issues you chose not to roster Winston, or Ben Roethlisberger, or Adrian Peterson, or any other players whom you deem to be morally repugnant, then you probably cost yourself money — especially in those weeks when the models indicated that those players could be good DFS plays.

So are you OK with costing yourself money? Or, phrased differently, why do you play DFS in the first place?

If you play DFS for fun — and for fun only — I suppose that you can live with the idea of making suboptimal lineups, because for you DFS is not about the money: It’s about the joy of creating a lineup that is competitive enough and full of players you like.

If you play DFS for fun, it’s 100 percent OK for you to choose not to use a player you morally dislike, even if the models indicate that he is a good DFS option in a slate.

If, however, you play DFS for money — if, for you, DFS is something of a small business, a hobby that you enjoy but that you take very seriously — then you need to examine the extent to which your personal beliefs determine the manner in which you conduct business.

That famous refrain from The Godfather (“It’s not personal. It’s business.”) is a fiction. The personal always intertwines with the professional. In DFS, you must decide how they intertwine.

We All Walk the Labyrinth Alone

You might believe that you have the option not to choose, but even not choosing is its own type of choice. In many ways, the decision we make in this matter is a strong reflection of who we are, and all of us must decide.

I’m not saying that you must use players you dislike in DFS.

I’m also not saying that you mustn’t.

I am saying, though, that you must reflect upon yourself, your biases, your decisions, and above all the impact your decisions can have.

Full disclosure: I dislike Jameis Winston. And I really dislike the idea of using him in DFS, because I don’t want to root for him to impose his will upon others just so that I can benefit monetarily.

What personal bias is costing you money? — and what are you going to do about it?