We have another major! — the PGA Championship: It’s here, and it’s going to be glorious.

Let’s break it down from a daily fantasy perspective.

Since we have just one data set for Bethpage Black (the Barclays in 2016), backtesting PGA Championships seemed like a more productive venture. Per our Trends tool, golfers in PGA Championship events have averaged 43.41 DraftKings points per tournament with a -3.27 Plus/Minus and 46.1% Consistency Rating.

Some takeaways: Bethpage Black has several long par 4s. Five of them are 478 yards or longer, so par-4 scoring will be critical. Avoiding bogeys on them will be paramount.

Given the difficulty of PGA Championships, grinding out pars is important, so it’s not shocking to see scrambling rate highly. If golfers are going to miss some greens in regulation, they need to be able to grind out some up-and-downs for par.

Additionally, taking advantage of the par 5s will also be important, since those holes are the ones most likely to generate birdie opportunities.

Driving distance didn’t hit the +5.00 Plus/Minus threshold, but at a course that is 7,400 yards in length, I’ll be weighing distance and Strokes Gained: Off-the-Tee.

And as usual, I like Long-Term (LT) and Recent Adjusted Round Score (Adj Rd Score) as catch-all metrics. 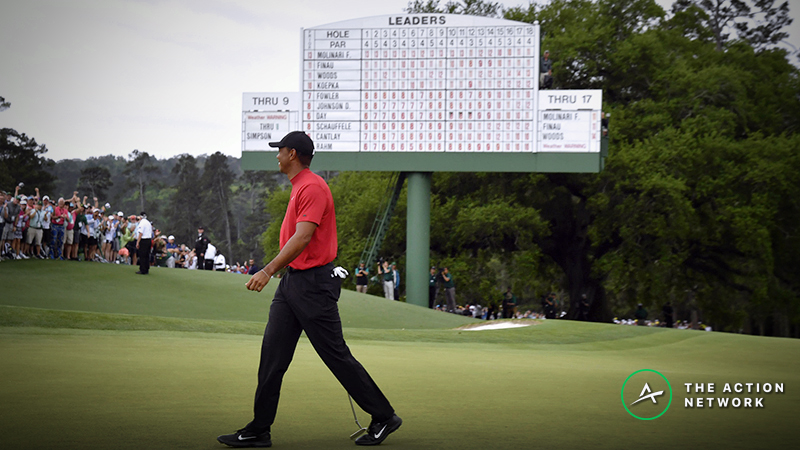 But I probably won’t be building around anyone who costs more than $10,000 in cash games. I typically prefer to take a balanced approach in that regard. If I take a stance on someone in tournaments, I’ll be overweight on DJ, who is the top guy in my model by a substantial margin.

He leads the field with a 67.3 LT Adj Rd Score, and he dominates par 4s, averaging -3.1 adjusted strokes on them over the past 75 weeks. On par 5s, he has -6.3 adjusted strokes. And if his approach game is off, getting up and down shouldn’t be much of an issue with his 63% scrambling rate.

Brooks Koepka ($10,400 DraftKings; $11,800 FanDuel) always seems to dominate in majors, and he’s coming off fourth- and second-place finishes in his past two tournaments. I probably won’t have much of him this week, but I still love him as a play. He’s $700 cheaper than DJ and has the same odds to win and finish in the top 10. He also ranks eighth in Strokes Gained: Off-the-Tee and 12th in Strokes Gained: Tee-to-Green over his past 50 rounds. And he has a decent short game (60.8% scrambling rate) to bail him out of trouble if he misses some greens this week. 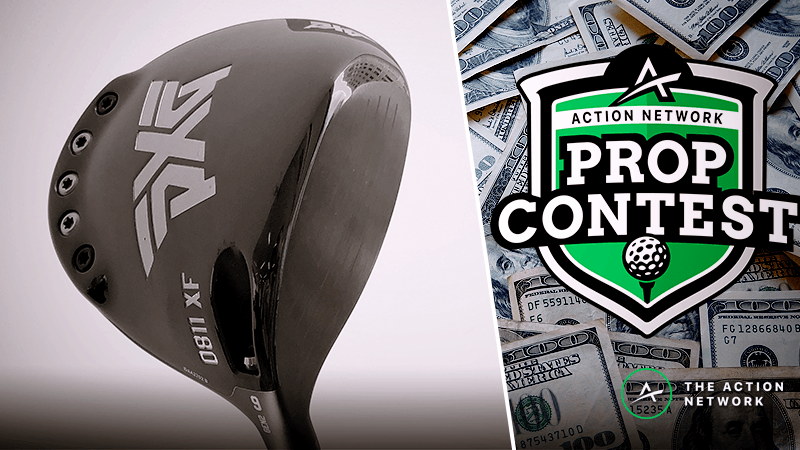 Justin Rose ($9,900 DraftKings; $11,500 FanDuel) burned a lot of people at the Masters after missing the cut, but he did bounce back at the Wells Fargo Championship with a third-place finish. He won’t make my cash games, but I’ll have some tournament exposure as he’s one of three golfers in the field to average at least -2.0 adjusted strokes on par 4s.

There’s a $600 pricing gap on DraftKings between Rose and the next guy on my radar: Rickie Fowler ($9,300 DraftKings; $11,100 FanDuel). At the time of writing, Fowler is where I am starting my build for cash games. Fowler has the type of balanced game I am looking for at this tournament. He’s reasonably long off the tee with his 300.9-yard LT DD, but he’s also excellent around the greens with his 61.6% scrambling rate. More importantly, he can handle the par 4s and par 5s with his -1.8 and -4.9 adjusted strokes over the past 75 weeks.

Tommy Fleetwood ($9,200 DraftKings; $10,800 FanDuel) has hit the second-most GIR in the field over the past 75 weeks. And he trails only Justin Thomas with his -6.4 adjusted strokes on par 5s. Fleetwood is the perfect blend of length (304.2-yard LT DD) and accuracy off the tee. A slight concern would be that he hasn’t done well in PGA Championships in the past, missing two cuts and finishing 35th or worse in his four showings. But it’s hard not to have some exposure to a guy who ranks eighth in Strokes Gained: Tee-to-Green over his past 50 rounds.

Xander Schauffele ($9,100 DraftKings; $10,900 FanDuel) fits perfectly into balanced builds on DraftKings. He should be able to play the par 5s well since he’s averaging -5.0 adjusted strokes on them over the past 75 weeks. And it’s hard not to like a guy who’s relatively cheap for someone who ranks eighth in total strokes gained over his past 50 rounds. He also tends to show up at big events: He has five top-25 and four top-10 finishes in his eight Majors.

Jason Day ($9,000 DraftKings; $11,300 FanDuel) ranks sixth in the field with his 68.1 LT Adj Rd Score, but he’s priced as the No. 12 golfer. Day’s approach game isn’t great, but he has the putting, scrambling ability and distance off the tee to excel here. His adjusted strokes on par 4s and par 5s both rank inside the top 12. Provided he doesn’t get vertigo or pick up one of his kids, he’s worth consideration. 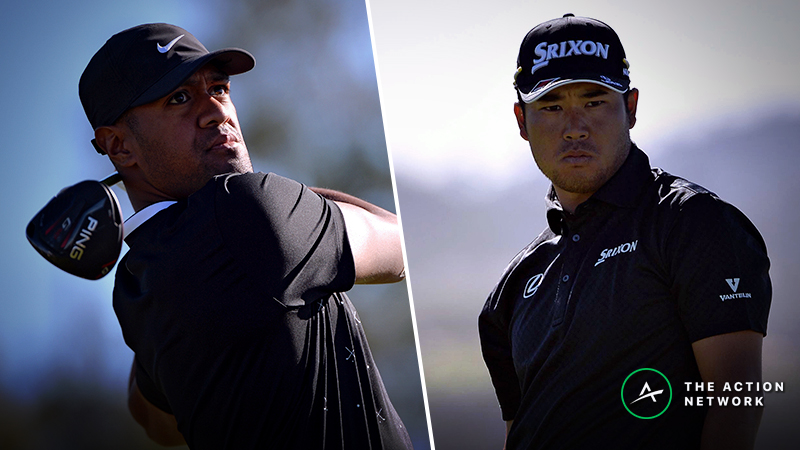 Bryson DeChambeau ($8,900 DraftKings; $11,000 FanDuel) ranks fifth in Strokes Gained: Off-the-Tee over his past 50 rounds and 13th in Strokes Gained: Tee-to-Green in the same time frame. Despite his struggles of late, he’s piqued my interested with his balanced game. His metrics aren’t great on par 4s, but he should fare well on the par 5s, as he’s averaged -5.9 adjusted strokes on them over the past 75 weeks. I like him as a one-off play in three-entry or single-entry tournaments.

Tony Finau ($8,800 DraftKings; $10,700 FanDuel) always seems to hover around this price range in the loaded fields. He can easily go the length of this course: He trails only Rory with his 315.5-yard LT DD. Overall, his 16.2 birdies per tournament ranks inside the top eight, and he carries a top-10 LT Adj Rd Score, but he’s priced outside the top 12, so he’s undervalued relative to his Adj Rd Score.

If I’m running just one lineup in tournaments, I’d likely fade Matt Kuchar ($8,700 DraftKings; $10,100 FanDuel). But it’s hard to ignore his consistency. He was major chalk at the Masters, but his salary has increased $800 on DraftKings. He’s not going to dominate off the tee, but he still ranks ninth in total strokes gained, including 10th in Strokes Gained: Approach over his past 50 rounds.

Further, there are eight par 4s of 400-450 yards and 450-500 yards at Bethpage, and Kuchar ranks ninth and sixth in par-4 efficiency from those distances, per Fantasy National. Despite his lack of length, Kuchar is still relatively efficient on par 5s, averaging -4.9 adjusted strokes on them over the past 75 weeks. Overall, Kuchar checks every box I’m looking at this week with the exception of driving distance.

Per usual, Hideki Matsuyama ($8,500 DraftKings; $10,500 FanDuel) will likely find his way onto my DFS teams. He’s a slight value at his tag with his 68.5 Long-Term Adjusted Round Score. Deki has thrived at PGA Championship events in the past, making all six cuts with three top-25 and two top-10 finishes. Additionally, over his past 50 rounds, he ranks second in Strokes Gained: Tee-to-Green and first in Strokes Gained: Approach. He can also handle the length of this course with his 304.7-yard LT DD. An excellent ball-striker with length off the tee? Yes, please. 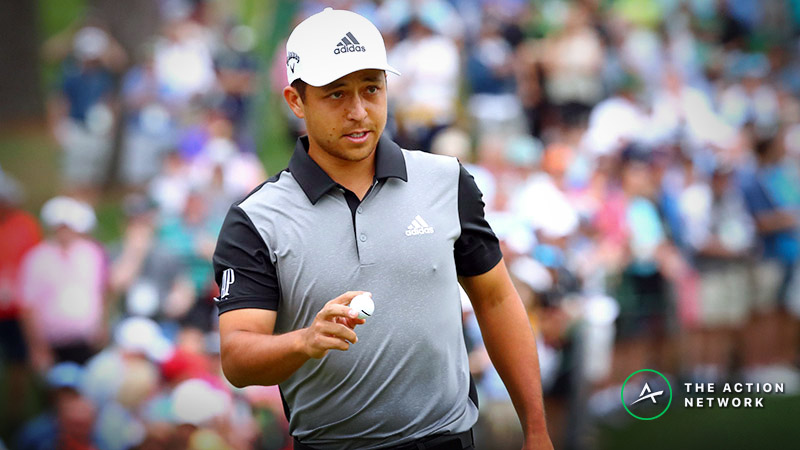 Ah, Sergio Garcia ($7,900 DraftKings; $9,700 FanDuel), hello old friend. He burned many at the Masters, including me: He was the only missed cut on my cash game roster. But I’ll be back on the Sergio train this week. His approach game is too hard to ignore: He ranks ninth in Strokes Gained: Approach over his past 50 rounds. His last event was at the Wells Fargo Championship, where he dominated with his irons, gaining 6.6 strokes on approach and 9.1 strokes tee-to-green.

Henrik Stenson ($7,900 DraftKings; $9,900 FanDuel) got off to a slow start to the season, missing the cut in four of his first six events, but he’s been trending upward since the Arnold Palmer Invitational. He doesn’t have any high finishes to his name, but he’s gained strokes on approach in every start since the API. His lack of distance is the main concern on a course this long, but he ranks 18th in Strokes Gained: Tee-to-Green over his past 50 rounds. And at his price, he warrants consideration with his top-20 LT Adj Rd Score.

Gary Woodland ($7,700 DraftKings; $9,900 FanDuel) is a solid fit for this course with his 312.9-yard LT DD and -5.7 adjusted strokes on par 5s. He’s in the conversation for cash games on DraftKings with his top-20 LT Adj Rd Score. It’s slightly concerning that’s he’s lost strokes on approach in three of his past four Shotlink events, but it’s not often you can roster a guy who ranks 10th in Strokes Gained: Tee-to-Green at his salary.

Ian Poulter ($7,600 DraftKings; $9,600 FanDuel) doesn’t really have any metrics that jump off the page, but he’s been solid in 2019: He is yet to miss a cut this PGA season. He’s not that long off the tee, but he has a fairly balanced game, ranking 23rd in total strokes gained and 30th in Strokes Gained: Tee-to-Green this year. And like Woodland, Poulter has a top-20 LT Adj Rd Score but is priced outside the top 30.

Webb Simpson ($7,600 DraftKings; $9,800 FanDuel) carries an elite 68.3 LT Adj Rd Score, which ranks as the 10th-best mark in the field, but he’s priced as the No. 31 golfer. Simpson has an elite game around the greens, leading the field with a 64.1% scrambling rate and ranking second in Strokes Gained: Around-the-Green, so he should be able to recover if his approach shots are off. And while he lacks length off the tee, he’s been able to contend at long tracks, such as the Masters this year, where he managed a fifth-place finish. Webb is an excellent bargain who ranks 25th in Strokes Gained: Tee-to-Green and has a top-eight mark in adjusted strokes on par 4s.

PGA Championship Golfers: $6,900 and Below

Golfers get a little dicey when you dip into this range, and there isn’t much of a reason to go dumpster diving in a field this stacked with the soft pricing.

Update (5/14 — 11:00 a.m. ET): Scott Piercy ($6,500 DraftKings; $8,100 FanDuel) has some appeal if for some reason you find yourself in this price range. He’s in good form this season, missing just one cut at the Honda Classic back in March. His metrics don’t jump off the page, but that’s par for the course for golfers in this price range. In 2019, however, he does rank 27th in total strokes gained, which is among the best for golfers this cheap.