Week 1 of the NFL regular season was one for the ages: The double-digit underdog (+10) Buccaneers beat the Saints in a shootout on the road, the Packers overcame a 20-point deficit to win in the final minutes Sunday night and the traveling Jets (+7) withstood a first-play pick six from rookie quarterback Sam Darnold to destroy the Lions, 48-17.

And, of course, the Browns managed not to lose.

Week 2 should be equally fantastic, with a teeming main slate on Sunday, Sept. 16, that kicks off at 1 p.m. ET.

For analysis on the smaller slates, consult Chris Raybon’s premium strategy pieces (released throughout the week).

In writing this piece, I’ve relied primarily on the FantasyLabs Models. This breakdown is less of a comprehensive analysis of each wide receiver and more of an introduction to this week’s players via our large suite of analytic DFS Tools. We’ll start with four high-priced wide receivers, follow with one pass-catcher at the top of our individual Pro Models and finish with the rest of the slate’s fantasy-relevant receivers.

Jump to: The Priciest WRs | At the Top of Our Models | Rundown of the Rest

The same four wide receivers occupy the top of the salary scale across DraftKings and FanDuel this week.

While quarterback Ben Roethlisberger predictably imploded on the road in Week 1, turning the ball over five times, Brown overcame the horrible weather to score 24.3 DraftKings points with a 9-93-1 receiving line on 16 targets, the third-highest total on the week. Lining up all over the formation — 37 snaps out wide on the left, 36 on the right and 11 in the slot — Brown was his usual prolific self despite his severe home/road splits.

And now he’s at Heinz Field, where the Steelers are significant home favorites. Since 2014 (the first of his All-Pro campaigns), Brown has had 30.3 DraftKings points, a +8.96 Plus/Minus and 76.0% Consistency Rating in 25 games when laying points in Pittsburgh. No receiver with a double-digit sample has anything close to Brown’s massive home favorite Plus/Minus edge.

And once again, the Steelers are expected to be without running back Le’Veon Bell (contract dispute), and in his absence Brown has been an otherworldly points-per-reception (PPR) producer since Bell’s 2013 rookie year.

In a Bell-less offense, Brown could dominate usage for the Steelers, just as he did last week.

Brown will have a high ownership rate in guaranteed prize pools, but he’s worth rostering since — as our Stack Seeker shows — even chalky players can be rostered together in unique lineups with a couple key differentiating players. When constructing tournament lineups, use our Lineup Builder to stack Brown with Roethlisberger. Since 2014, No. 1 wide receivers on average have had a 0.46 correlation with their quarterbacks. With Big Ben, Brown has had a 0.75 correlation.

On top of all this, Brown has a great matchup against the Chiefs, who last year allowed a league-high 24.5 fantasy points per game to opposing wideout units. Last week they allowed a slate-high 541 yards of offense to the Chargers. Brown and Roethlisberger are near-mandatory GPP plays, and they could also be stacked with some of their teammates.

Other notable Steelers receivers include:

As mentioned on the midweek edition of The Action Network NFL Podcast, we’re high on the Steelers-Chiefs game in general, and Brown in particular. Unsurprisingly, he leads the position with his median, ceiling and floor projections, and he’s the highest-rated FanDuel wide receiver in every one of our Pro Models. 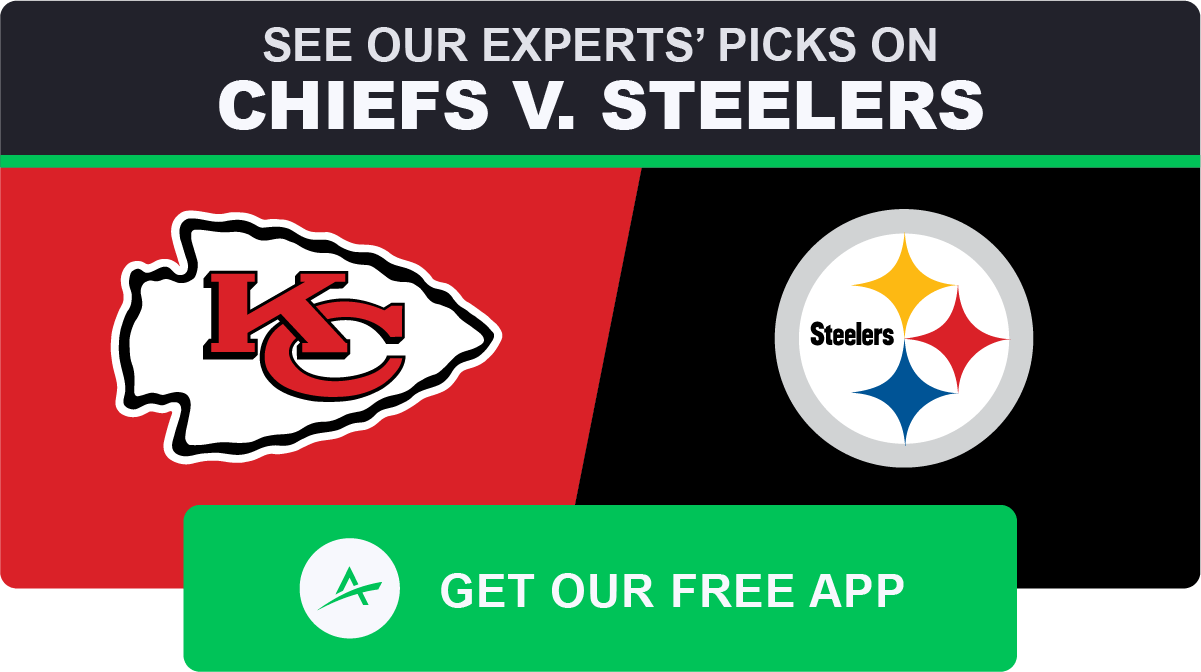 In his first two seasons, Thomas led all NFL receivers in history with 196 receptions, and then in Week 1 he erupted with a 16-180-1 receiving line on 17 targets. No one scored more points through the air last week than Thomas with his 42.0 DraftKings points. Thomas did not practice on Wednesday due to an illness, but he practiced in full on Thursday and is probable to play this weekend.

As was the case in Week 1, Thomas is at the Coors Field of fantasy football, otherwise known as the Mercedes-Benz Superdome. A shootout-friendly venue, the Superdome has an A-graded 56-39-2 over/under record with Drew Brees at quarterback. After this week, the Saints will play at the Superdome just once before November: If you’re looking to roster Thomas at home, there’s no time like the present.

Additionally, Thomas has a favorable matchup against the Browns, who entered the season with Pro Football Focus’ No. 30 secondary. Last year their pass defense was No. 26 with a 21.6% in Football Outsiders’ DVOA. Although the secondary has been reconstructed with the additions of No. 4 overall pick Denzel Ward at cornerback and 2015 first-rounder Damarious Randall at safety, the Browns defensive backs could struggle early in the season due to their unfamiliarity with each other and their scheme. They were woefully exposed last week against the Steelers, allowing 46.6 DraftKings points to wide receivers.

Given their location, matchup and slate-high 29.75-point implied total, Thomas and teammates are all worthy stacking options.

Other Saints receivers to consider are:

Jones is the all-time NFL leader with 96.1 receiving yards per game, and in Week 1 he ethered the Eagles, converting his slate-high 19 targets into a 10-169-0 line, which he complemented with an end-around for 11 stiff-arming yards. Jones wasn’t able to convert any of his three red-zone targets into receptions, and last year he turned just one of his 18 red-zone targets into a touchdown, so his well-documented scoring problems have seemingly extended into the second year of offensive coordinator Steve Sarkisian’s reign of terror. Even so, Jones is still one of the best receivers in the league.

At some point — even though Sark is apparently incapable of creating and calling successful red-zone plays — Jones is bound to regress toward the mean. In his pre-Sark career, Jones had a 5.1% touchdown rate. With Sark, that mark is 1.8%. Before Sark, Julio scored a touchdown every 190.3 yards. Now, he averages a touchdown every 537.7 yards. His Sark-based numbers must — must! — improve at some point, given Jones’ usage and talent.

And improvement could come this week. Jones has a plus matchup against the Panthers, whom he’s dominated for 23.7 DraftKings points on 11.3 targets per game ever since All-Pro cornerback Josh Norman left via free agency in 2016. In Week 1, Jones was relentlessly targeted downfield. Of all receivers with double-digit targets, he had the highest average depth of target (aDOT) at 14.8 yards. He easily led the slate with his 0.74 market share of air yards. If Sark continues to call aggressive plays for Jones this week, Jones could have another performance of 30+ fantasy points.

Other Falcons receivers to know:

UPDATE (9/16): The Texans are reportedly confident that Will Fuller (hamstring) will play in Week 2.

The fact that Hopkins disappointed in Week 1 with 15.1 DraftKings points on an 8-78-0 receiving line shows how good he really is. In his All-Pro campaign last year, Hopkins exceeded that mark in an outstanding 80% of his contests — and that was with quarterbacks Tom Savage and T.J. Yates starting nine games. His average of 20.5 PPR points per game in the nine collective Savage-Yates starts is a true testament to the power of targets.

While Hopkins’ Week 1 performance was suboptimal, there’s no reason to be alarmed. In 2017, he had a league-high 0.35 market share of targets. In Week 1, he had the exact same 0.35 target share. Last year, he averaged 11.6 targets and 1.3 red-zone targets per game. Last week, he had 11 targets, two of which were in the red zone. His 2017 aDOT was 12.9; Week 1 aDOT, 13.4. Although the Texans scored just 20 points in quarterback Deshaun Watson’s return from injury, Hopkins was very much the player he was last year. The only difference is that he averaged 0.87 touchdowns per game in 2017, and in Week 1 he didn’t get into the end zone.

Hopkins’ Week 2 matchup isn’t intimidating. The Titans’ pass defense last year ranked No. 24 with an 18.9% DVOA, and it might not be better this year: In Week 1, the Titans allowed Dolphins wide receivers — most of whom are backup-caliber players — to scored 57.8 DraftKings points. Additionally, the Texans are familiar with new Titans head coach Mike Vrabel, who worked in Houston first as a linebackers coach and then as defensive coordinator before taking the job in Tennessee. The Texans should be able to implement a game plan that exploits the weaknesses in Vrabel’s scheme. 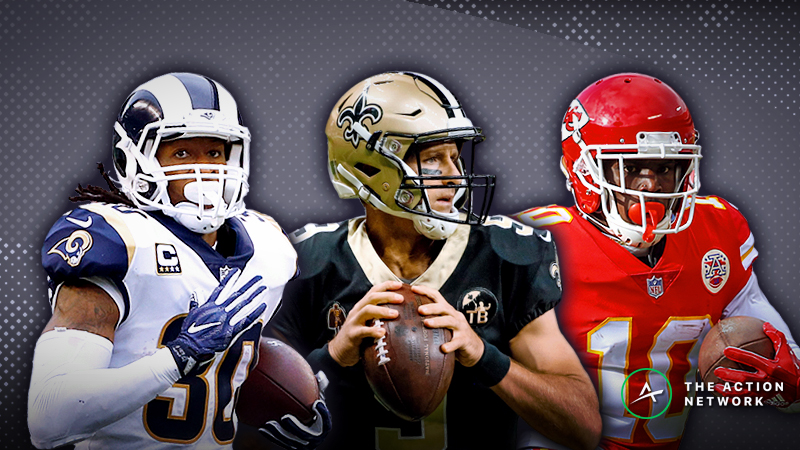 Besides Brown and Ginn, there is one other wide receiver atop the individual Pro Models that Jonathan Bales, Peter Jennings (CSURAM88), Adam Levitan, Sean Koerner, Chris Raybon, Kevin McClelland (SportsGeek) and I have constructed.

I’m what one might call a modern-day Demaryius anti-truther. He’s the only player with at least 120 targets in each of the past six seasons. It helps that he’s played in all 16 games each year since 2012 — yet I can’t help but notice the long-term trends in his per-reception efficiency and touchdown totals.

Thomas isn’t going to finish the year with just one touchdown, but he’ll be a lot closer to one touchdown than 16 touchdowns by the end of the season. He peaked as a producer a half decade ago, and his declining deficiency is alarmingly sad. He is to time what Theon Greyjoy is to Ramsay Bolton.

But Thomas now has a quarterback in Case Keenum who is better and more aggressive than any passer the Broncos have had since 2014 Peyton Manning, and last week against the remnants of the famed Seahawks defense, Thomas had a 6-63-1 receiving line on 10 targets. At his price, that volume makes him a screaming value.

This week he faces a Khalil Mack-less Raiders defense that last year ranked No. 30 with a 17.2% DVOA and last week allowed 39.4 DraftKings points to Rams wide receivers. What is dead may never die. Thomas is the No. 1 DraftKings receiver in every Pro Model except for one (SportsGeek).

Here’s a quick look at the remaining fantasy-relevant receivers on the slate.

UPDATE (9/16): Jackson (concussion, shoulder) has cleared the league’s protocol and is expected to play in Week 2.

UPDATE (9/16): Josh Gordon (hamstring) has been declared out for Week 2 and informed by the Browns that they intend to release him on Monday. 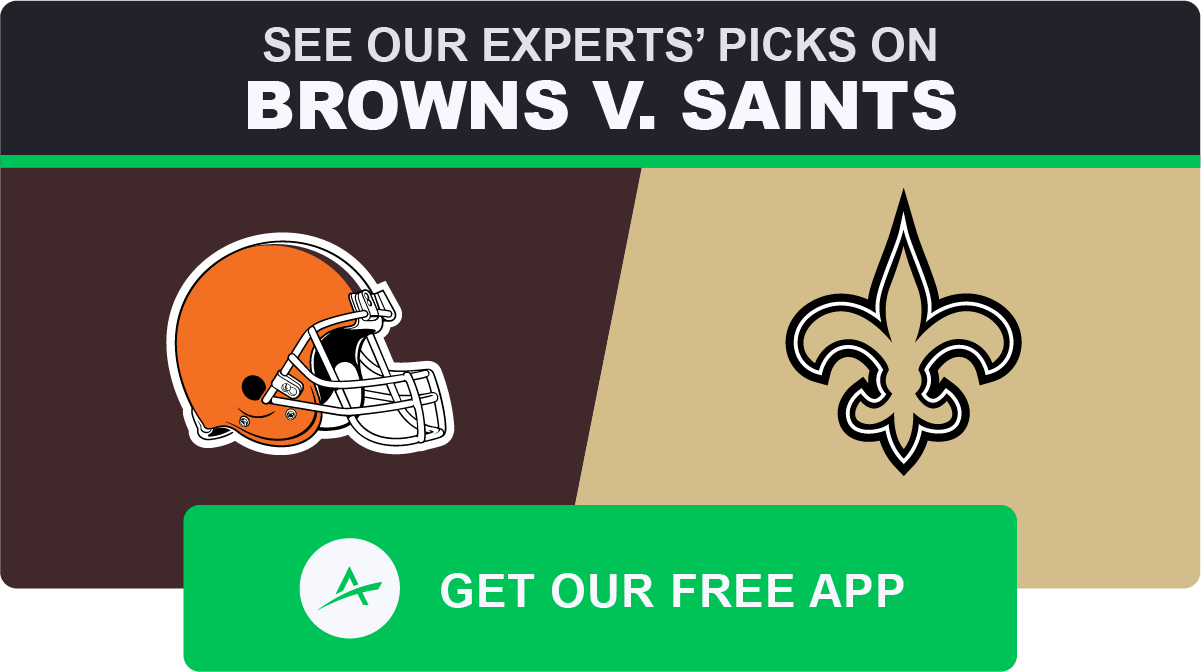 Corey Davis (84) is coming off the best day of his career when it comes to targets. Credit: Kirby Lee-USA TODAY Sports

Be sure to read the other Week 2 positional breakdowns.

NFL Week 2 Fantasy TE Breakdown: Is Jared Cook in Play vs. the Broncos?