Two pitchers on today’s slates stand out above the rest on DraftKings:

Verlander headlines the main slate, and he’s had an interesting start to his 2019 season. He’s pitched to a 2.67 ERA and 11.15 K/9, but some of his advanced metrics suggest he’s been one of the luckiest pitchers in baseball. For starters, this year he’s allowed a batting average on balls in play of just .175, which is the top mark in the league by a significant margin. But he posted a BABIP of at least .271 in each of the two previous seasons, so he seems due for regression. His strand rate of 90.8% is also the highest mark in the league.

Still, it’s hard not to like Verlander. He is taking on the Seattle Mariners and ranks first in each of the three key pitching categories: 9.7 K Prediction, 3.4 opponent implied team total, -292 moneyline odds. Historically, pitchers with comparable marks in all three categories have averaged a Plus/Minus of +1.99 on DraftKings (per the Trends tool).

Castillo is the most expensive option on the early slate, and he’s had a season similar to Verlander’s. He’s pitched to a 2.56 ERA and 10.74 K/9, but he’s also been one of the luckier pitchers in baseball. His 3.71 FIP is more than a full run higher than his traditional ERA, so he’s another potential regression candidate for the second half of the season.

Unlike Verlander, Castillo is in a brutal spot today. He’s taking on the Chicago Cubs, who rank 10th in wRC+ vs. right-handers this season, and their implied team total of 4.7 runs is high for a team facing a strong starter. Historically, pitchers with comparable salaries and implied team totals have averaged a Plus/Minus of -3.11 on DraftKings.

Castillo has also been hit extremely hard over his past two starts. He’s allowed opposing batters to post an average distance of 209 feet, exit velocity of 94 miles per hour and hard-hit rate of 52%, all three of which represent increases when compared to his 12-month averages.

Chris Paddack was sent down to the minors on June 11th, but his demotion didn’t last long. He was recalled to start on June 22nd, and he limited the Pirates to just two runs over five innings in that outing.

He’s in a solid spot today vs. the St. Louis Cardinals. Their projected lineup has posted a .300 wOBA and 27.4% strikeout rate against right-handers over the past 12 months, and Paddack has excellent marks in both opponent implied team total (3.8 runs) and K Prediction (8.4). He’s very affordable at $8,300 on DraftKings, and pitchers with comparable salaries, opponent implied team totals and K Predictions have historically averaged a Plus/Minus of +1.39.

He’s a strong pivot away from Verlander if you choose to prioritize bats.

Brandon Woodruff is another strong value option on the main slate. He’s posted an average Plus/Minus of +8.10 on DraftKings over his past 10 starts, and he’s pitched to a career-high 10.88 in 2019. His 4.01 ERA isn’t very exciting, but his 3.07 FIP suggests he’s been unlucky through his first 16 starts.

He’s in a nice spot today vs. the Pittsburgh Pirates. Their projected lineup owns a strikeout rate of 25.6% against right-handers over the past 12 months, giving Woodruff a K Prediction of 7.7. He’s also a -213 favorite, and his $8,100 salary on DraftKings comes with a Bargain Rating of 90%.

Brendan McKay will make his major league debut today, and he’s been phenomenal in the minors this season. He’s pitched to a 1.22 ERA over 66.2 innings Double-A and Triple-A ball, and he’s also racked up an impressive 88 strikeouts. He’s considered a top-50 prospect by Baseball America, MLB.com and Baseball Prospectus, so he has the potential to be an immediate contributor.

McKay is getting a lot of respect from Vegas vs. the Tampa Bay Rays. He leads the afternoon slate with an opponent implied team total of 3.4 runs, and he’s also a strong -176 favorite. He’s close to a must-play at just $5,700 on FanDuel, and he’s a strong option at $7,600 on DraftKings as well.

Zack Greinke: He’s pitched to a 3.08 ERA this season, and he has more strikeout upside than usual given his matchup vs. the San Francisco Giants. Their projected lineup has struck out in 28.5% of at-bats vs. right-handers over the past 12 months, giving Greinke a solid 7.1 K Prediction.

Austin Voth: Right-handed pitchers are almost always in play vs. the Detroit Tigers, who have allowed opposing right-handers to post an average Plus/Minus of +7.58 this season. Voth is also an elite value on FanDuel, where his $6,200 salary comes with a Bargain Rating of 98%.

Dakota Hudson: He’s been fantastic recently, allowing two earned runs or fewer in six of his past seven starts, and he has a strong matchup vs. the San Diego Padres. Their projected lineup has struggled to a .305 wOBA and 29.2% strikeout rate against right-handers over the past 12 months. 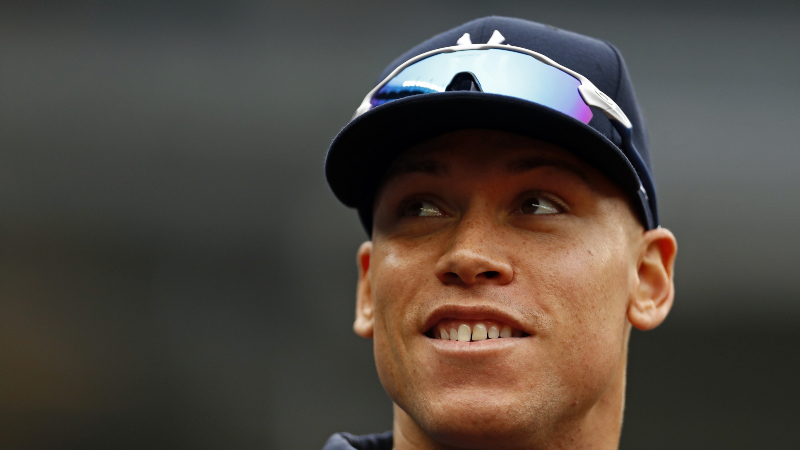 With the Lineup Builder, it’s easy to incorporate stacks into DFS lineups. On the early slate, the top five-man DraftKings stack per the Bales Model belongs to the Minnesota Twins:

The Twins are currently implied for 6.0 runs, which is tied for the top mark on the early slate. They’re also pretty affordable given their implied team total, resulting in a slate-best Team Value Rating of 83 on DraftKings.

They have an excellent matchup vs. White Sox right-hander Ivan Nova, who has been one of the worst pitchers in baseball this season. He’s pitched to a 5.91 ERA while striking out just 5.91 batters per nine innings, and batters are doing a lot of damage when they put the ball in play. He’s been hit particularly hard over his past two outings, with opposing batters posting an average distance of 242 feet, exit velocity of 94 miles per hour and hard-hit rate of 44%. The Twins rank fourth in wRC+ against right-handers this season, so this is a really tough spot for Nova.

Kepler in particular stands out as an elite option. He’s posted a .368 wOBA and .270 ISO against right-handers over the past 12 months, and he’s smoked the baseball over the past 15 days. He’s posted an average distance of 225 feet, exit velocity of 95 miles per hour and a hard-hit rate of 57%, all of which represent increases when compared to his 12-month averages.

On the main slate, the top four-man FanDuel stack belongs to the Houston Astros:

The Dodgers lead the main slate in implied team total for the third straight day, but the gap between Coors Field and the rest of the league is smaller. The Astros are implied for 6.2 runs, and their Team Value Rating of 85 on FanDuel is close to the Dodgers’ mark of 88. The Astros should also command lower ownership, which makes them a legit pivot.

They’re taking on Mariners left-hander Yusei Kikuchi, and the Astros have absolutely destroyed southpaws this season. They’ve posted a .371 wOBA, .237 ISO and 139 wRC+, all of which rank first in the league. Kikuchi has been very mediocre in his first MLB season, pitching to a 5.11 ERA while allowing 1.88 HRs per nine innings.

Yasmani Grandal continues to occupy the leadoff spot for the Milwaukee Brewers, which makes him a really interesting option at catcher. It’s very rare for a catcher to bat in the leadoff spot, and the Brewers are currently implied for 5.7 runs vs. Pirates right-hander Jordan Lyles. No one at the position can match Grandal’s upside.

Marcus Semien is another batter projected to bat first for his team, and he’ll be on the positive side of his batting splits against left-hander Tyler Skaggs. Semien has posted a .360 wOBA and .174 ISO against southpaws over the past 12 months, and he’s hit the ball well over the past 15 days. He’s posted an average distance of 231 feet, exit velocity of 94 miles per hour and hard-hit rate of 40%, all of which represent increases when compared to his 12-month averages. He’s a strong value at $4,100 on DraftKings given his Bargain Rating of 82%.

Joey Votto got off to a slow start this season, but he’s starting to turn things around. He’s posted a positive Plus/Minus in three of his past four games on FanDuel, and he’s clubbed two home runs over that time. He remains affordable at $2,800 on FanDuel, where he leads all players with eight Pro Trends. He’s an excellent buy-low option on the early slate.