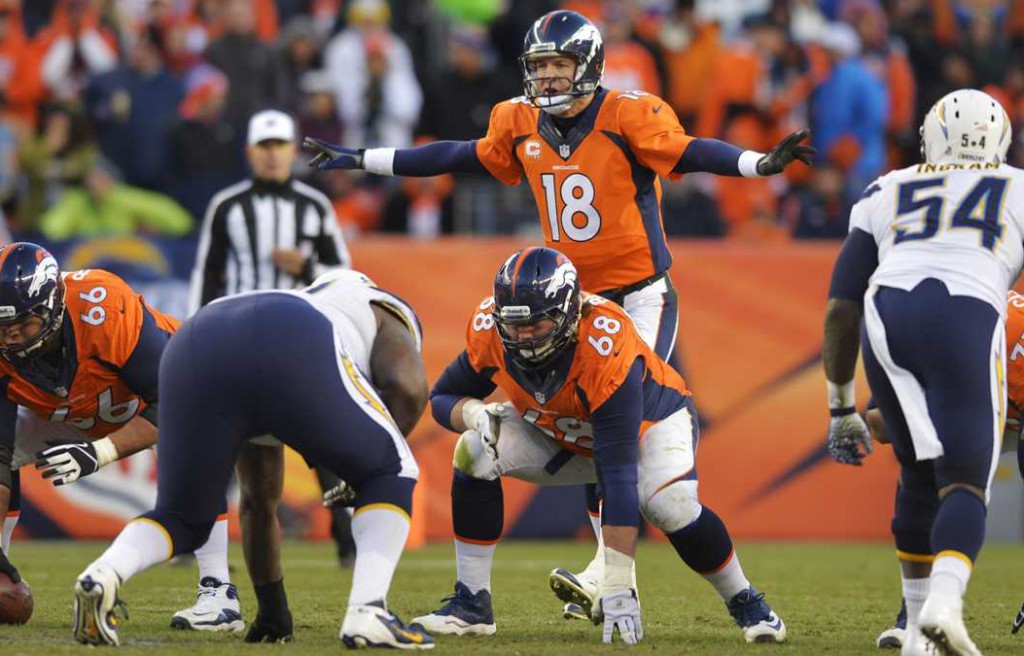 Two-game slates aren’t easy. Cash games are especially challenging in small slates, since so many lineups overlap to such an extent that any given head-to-head contest could be determined by the performances of only a couple players. As a result, some people forgo cash games in small slates and focus exclusively on guaranteed prize pools.

Of course, GPPs present their own challenges. With fewer teams and players to choose from, the odds are relatively high that, even if one creates a tournament-winning lineup, someone else would’ve created that exact same lineup. And that would suck.

The Process of Exploring “Improbable Probabilities”

To help you create a GPP lineup that has a decent chance of being unique, I want to walk you through the process of exploring “improbable probabilities.” (Also, I should say that this method of lineup construction has applications to slates of all sizes but is especially handy in small slates.)

Let me explain. Winning-GPP lineups often leverage randomness. They benefit from what was unlikely to happen actually happening, and they often benefit from this favorable occurrence at more than one position. In a very calculated and nuanced manner, these lineups entertain the possibility of the anomalous.

To create a unique lineup, one must seek out improbable probabilities. First, one must ask, “What is unlikely to happen in this game?” Then, and more importantly, one must inquire, “If this unlikely event were to occur, what are the other events likely to have had occurred as well?” Phrased differently: “If the improbable were to happen, what else would probably happen — or would have an elevated probability of happening?” In creating GPP lineups, you need to isolate random events that are unlikely and then determine what the events are that could have caused, resulted from, or correlated with them.

You need to focus on the probable within the improbable.

By means of creating a DraftKings GPP lineup for the two-game slate of the conference championships — a lineup that might have been unique if not for my publishing this article — I’ll give an example of how one can explore improbable probabilities. (By the way, I highly doubt that this lineup would actually win a GPP — but that’s kind of the idea, right?)

What is the most improbable major event that could happen in this two-game slate? OK, it might not actually be the most improbable — but I’m going to say that Peyton Manning’s throwing four touchdowns this weekend and turning the Patriots-Broncos game into a throwing contest on the way to an upset victory is pretty improbable. For one, the game has only a 44.5-point over/under, the Broncos are three-point underdogs, and they have a slate-low implied team total of only 20.75 points. Additionally, of the four starting quarterbacks Manning has the lowest implied points based on his salary as well as the lowest ceiling, median, and floor projections. He by far has the lowest salary of the group. Clearly, with their pricing of him DraftKings is implying that they do not expect a big performance from Manning.

At the same time, Manning isn’t the worst DFS option ever. Because he’s the lowest-salaried quarterback, he really has nothing but upside, and his ceiling projection is within a point of Tom Brady’s. His Projected Plus/Minus of +3.8 is actually pretty good, and his 3.1 projected points per $1000 of salary is on par with Carson Palmer’s 3.2 and Cam Newton’s 3.3. Finally, of the four starting quarterbacks, Manning is likely to have the lowest ownership percentage because of how he has performed this season and especially last week. If Manning actually has a big game, rostering him will provide someone with an outsized advantage.

If Manning Does Well, What Then?

Now, if Manning does well against the Patriots, what other would-be oddities are likely to have actually happened? Most clearly, if Manning has a four-touchdown day, the odds would be pretty high that a lot of his production would come via completed passes to wide receivers Demaryius Thomas and Emmanuel Sanders. Collectively, those two have 181 of the team’s 368 receptions; 2,439 of its 4,216 yards receiving; and 12 of the 19 touchdowns receiving. If Manning has a big day, the chances are very good that Thomas and Sanders have strong performances too.

So let’s pencil Thomas and Sanders in as two of our three wide receivers, especially since of the receivers they actually have the highest ceiling, median, and floor projections . .and if we’re projecting good games from them . . . Manning can’t be that bad of a play, right? The Broncos double-stack actually could make a lot of sense. To roster Thomas and Sanders, that will cost $7,000 and $6,300.

What else could be probable if Manning has a big game?

Well, it could be possible that Manning’s success would be a function of his defense — one of the best in the NFL — creating turnovers, preventing the Patriots from having long drives, and putting him in advantageous field position multiple times. The Patriots have a good offense, but they have almost no running game. If the Broncos were to focus their defensive attention on Rob Gronkowski and Julian Edelman — if the Broncos were to minimize the impact of those players — it would be very possible that the Patriots could struggle on offense and thereby provide Manuuuuuuning with advantageous field position and more-than-anticipated time on the field to produce.

If Manning does well, the odds are decent that the Broncos defense will do well, so let’s pencil them in for $3,300.

Is there anything else?

Finally, even if the Broncos defense does well and minimizes the impact of Gronk and Edelman, we probably shouldn’t expect the Patriots to do absolutely nothing on offense, especially if they are in catch-up mode and throwing the ball almost every play in an attempt to keep pace with the Broncos. So if Brady is throwing the ball and the Pats aren’t entirely failing but Gronk and Edelman aren’t producing, then who is the guy who might be catching the ball? Running back James White, who is a strong receiver and often on the field when the Patriots have abandoned even the semblance of a running game. Of all the active running backs on the team, White by far has been the most productive this season. In his last eight games, White actually has averaged 4.25 receptions, 54 scrimmage yards, and 0.75 touchdowns per contest. On his own, he actually isn’t a horrible play — but if Manning does well then he is probably even a better play.

Now, at this point we have five of our nine DraftKings spots filled, we have $23,300 remaining, and if one simple (yet improbable) event occurs, we could very well be in a prime position to win a GPP — depending on which players we choose from the slate’s other contest.

Improbable Probabilities: Just Do It Again

With the Cardinals-Panthers game, we don’t want to go super improbable — because the odds of Manning having a huge game and something else equally improbable both happening are really low — but we can go moderately improbable. Let’s go against Vegas and say that the three-point underdog Cardinals do well on offense (versus a pretty good defense) and win a shootout against a Panthers team that this year has scored the most points in the NFL. That’s not highly improbable, but it’s not likely.

So if the Cardinals offense does well, what else is likely — or at least more likely than anticipated — to occur? For one, it would be likely that running back David Johnson would have a good game. Not only did he lead the team in the regular season with 13 all-purpose touchdowns, but he also displayed a strong ability as a receiver. If the Cardinals do well on offense and win the game, the odds are high that Johnson will be productive, since he really has become the engine of the Cardinals offense since becoming the starter. As it is, Johnson has a slate-high Projected Plus/Minus of +6.9 as well as the highest ceiling, median, and floor projected points of any running back. His seven Pro Trends and his 3.3 projected points per $1000 of salary are also positional highs — the latter of which is especially impressive considering that he has the slate’s highest running back salary. It’s rare that the most expensive player at a position actually provides the most bang for your buck, but with Johnson that could be the case this week. On his own, regardless of the precondition that the Cardinals score a lot of points and win, Johnson is a good play.

If the Cardinals score a lot of points, it’s also probable that at least one of their receivers scores at least one touchdown. While some people might roster Larry Fitzgerald this week because of his history of postseason success — likely pushing up his ownership percentage in the process — the fact is that Michael Floyd, while being $1,600 cheaper, has a projection that is very comparable to that of Fitz and will probably be on fewer rosters. Of the three Cardinals receivers, Floyd has the most Pro Trends and the highest Projected Plus/Minus, projected points per $1,000 of salary, and Bargain Rating. In fact, Floyd by far has the best Bargain Rating of all the receivers with salaries of at least $4,000. Like Johnson, regardless of the precondition that the Cardinals score a lot of points and win, Floyd is a good play.

Finally, from the Panthers, who would be likeliest to do well in a shootout loss against the Cardinals? Probably someone from the passing game, since the Panthers would need to throw throughout the contest to keep pace with the Cardinals — probably wide receiver Ted Ginn, Jr., and tight end Greg Olsen. Throughout the season, they have been the team’s two most productive receivers in terms of targets, receptions, yards, and touchdowns. Collectively, they have 121 of the team’s 300 receptions; 1,843 of its 3,873 yards receiving; and 17 of the 35 touchdowns receiving. If the Panthers are forced to throw the ball a lot in a shootout, the odds are good that Ginn and Olsen will benefit from game flow.

And that fills all nine of our DraftKings roster spots, with only $100 of salary leftover, without us really even worrying throughout the process about how salaries would work out or whether players would all fit together into the positions perfectly.

The Lineup and the Process

There’s a little bit of chalk in there, with the Johnson, Floyd, and Olsen plays — but all of those plays make sense in that they are all tied to the same outcome: a high-scoring Cardinals win. And the Broncos double-stack paired with the White play provides sufficient differentiation and also leverages the lineup to an improbable yet potentially GPP-winning event: a massive Manning outing.

You’re going to get tired of hearing me say this — but this piece is really about process, not the creation of a lineup (although I really do like the lineup as one of many GPP options). As I said earlier, this lineup is highly unlikely actually to win a tournament.

But if you employ the technique of exploring improbable probabilities, your overall odds of winning a GPP will improve dramatically.