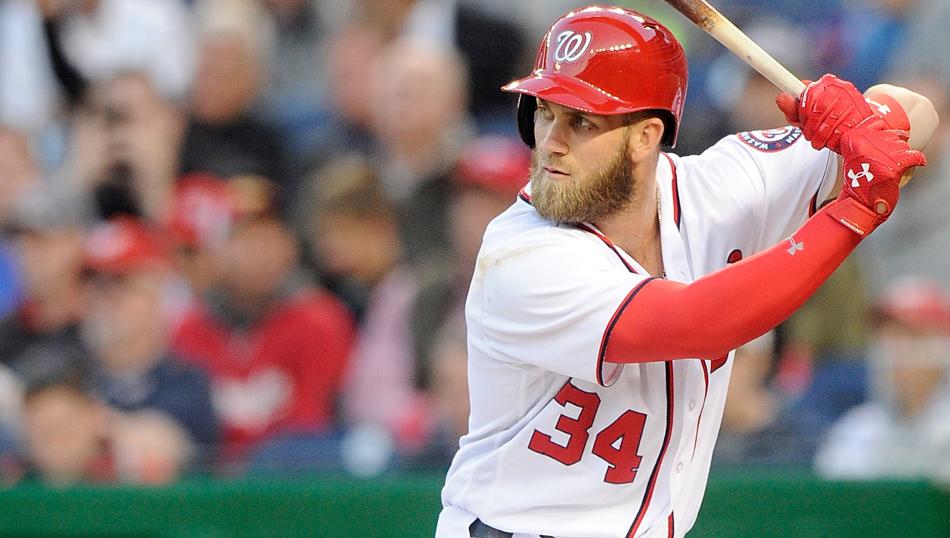 Last week, FanDuel announced that after changing their MLB scoring before this season (tripling all positive categories and eliminating negative ones), they’re going to change things again. The rules changes, starting tomorrow, Wednesday April 27th, will be as follows:

Before I get into potential strategy changes, I want to make this clear to FantasyLabs users: Starting tomorrow, we will factor in the FD changes to all of our tools, including our Player Models and Trends section. This is important, obviously, because if we didn’t change it on our end, it would make Plus/Minus and backtesting ideas inaccurate. So rest easy – once FD makes the change, we’ll have it too so you can do research and know you’re getting the right information.

Now that we’ve gotten that out of the way, let’s talk implications of these rule changes. FanDuel likely has made this change as a way to prevent ties – with no negative scoring and no decimals for any categories, it was very easy in this first month of the MLB season to have identical scores, all the way up to the top of big GPPs. Although I know it can be frustrating to adapt to a new rule change during the middle of a season, I do think that it will accomplish the goal of reducing similar scores.

RBIs and runs were both worth 3.0 points in the old system, so they’re both getting a slight bump in the new one. Batting order is so huge in MLB DFS, and especially in cash games, that I think it’s worth looking at where these stats most come from in batting orders. Here’s the percentage of league-wide RBIs last season by batting order spot: 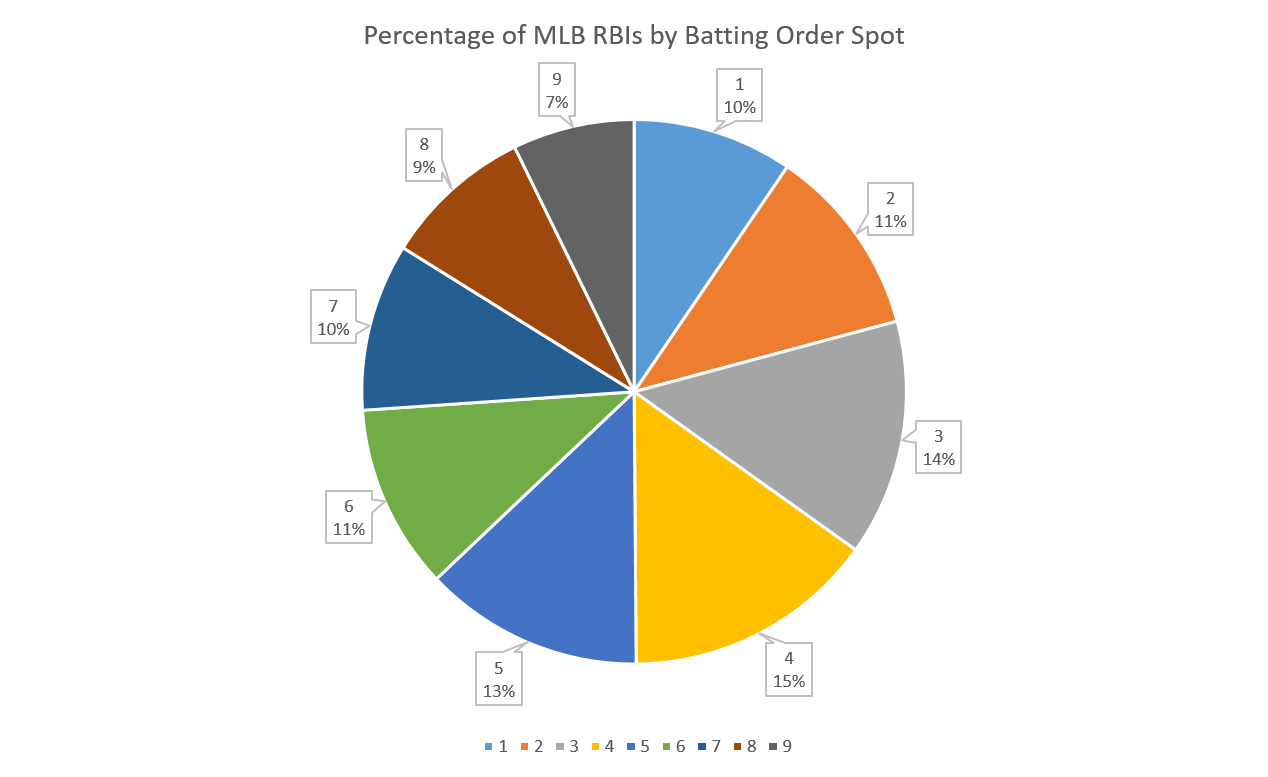 And the same for runs: 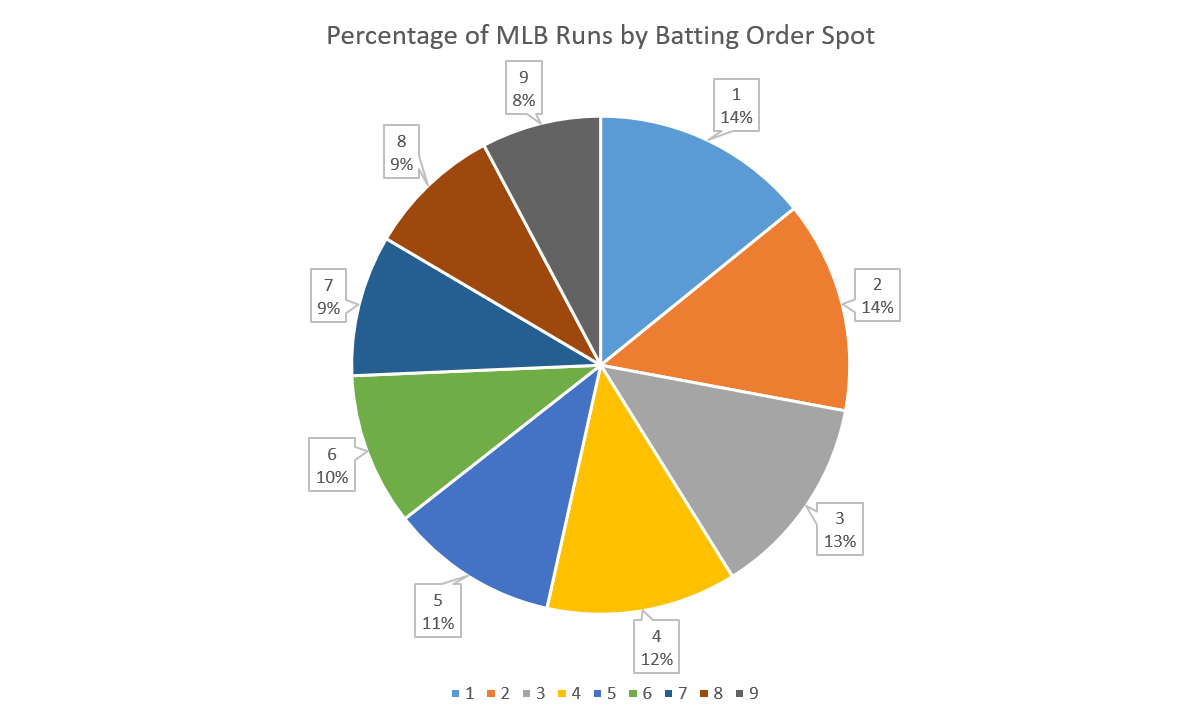 The data shows for both stats, that this rule change likely accentuates the top-five batters in the lineup. Our Plus/Minus metric shows that those players have historically been the ones to hit value, and this rule change will make that even more drastic. 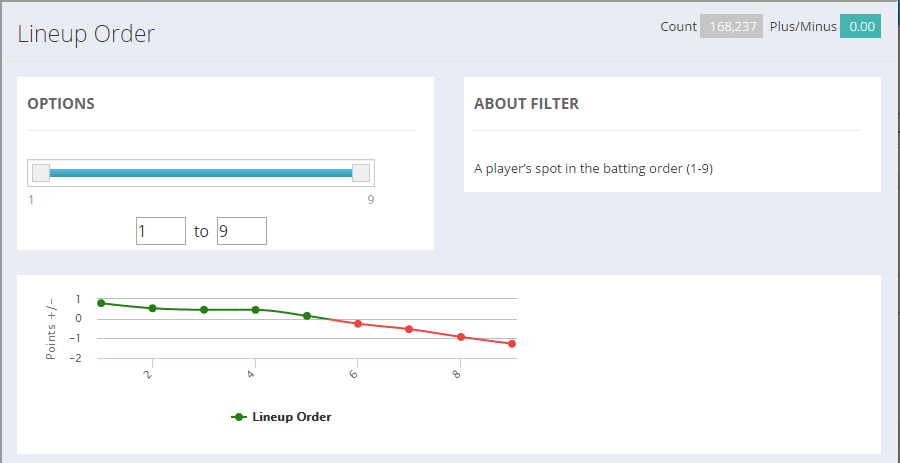 I’m sure some people will argue that this rule change isn’t that important because of the “rising tide lifts all boats” economic idea – you were already targeting high-order guys (or finding ones lower in the order with RBI and run potential) anyway, so this isn’t a big deal. However, it is significant because of the rules FanDuel aren’t changing. Prior to this season, they tripled the scoring of all positive categories. That is an example of a rising tide that lifts all players – but, it only works if you change all scoring categories at once and in the same ratio, not if you merely change two, make them different ratios, and leave the rest the same.

So do you want to still target guys with RBI and run potential? Of course, and probably even more so. However, once you start docking the other categories for not increasing, that’s where you can find some discrepancies. For example, guys who steal bases and draw a lot of walks as a large percentage of their fantasy value will see a slight hit in value. It will slightly adjust the value ratio of batters to pitchers. It will slightly decrease the value of home runs, although that’s probably so slight (because home runs also naturally include an RBI and run) it’s not worth adjusting for.

The point is, any time you change one rule and leave the others the same, it will adjust value. If I were giving advice (and I guess I am here), I would keep my cash-game strategy the same. However, in tournaments, I’m going to watch and see if ownership and pricing is adjusted for these changes – are stolen-base heavy players going to see a price or ownership decrease? Will that overcorrect and possibly lead to value? It’s hard to predict tournament strategy because it’s so dependent on public action, but simply knowing where to take advantage once you see trends over the next couple of weeks will put you in a situation to succeed in cash games and tournaments alike.