One Size Doesn’t Fit All in NBA Model Building 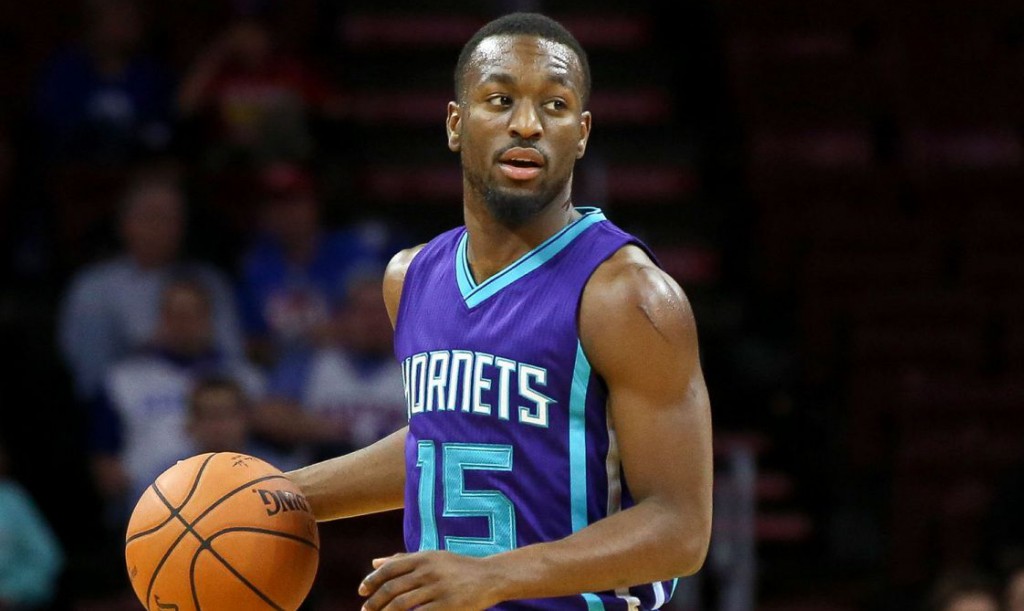 One of the most frequent questions we receive at Fantasy Labs is, “How can I build the best projection model?” And while I’m not sure that there is a “Best projection model” in DFS, I’m still going to write a full article on the topic. In all seriousness, I think there are definitely some nuances that are often overlooked and hopefully I can use this opportunity to provide some rules of thumbs that you will find helpful as you build your own models through Fantasy Labs.

How Do We Rate Models?

As you are probably aware, we use our Plus/Minus stat to rank projection models. When you open up the “Build” tab within Player Models and start moving the slider bars around, the number in green next to “+/-“ will tell you how that model would have performed using those settings. More specifically, that figure is showing you the average fantasy points scored above or below expectations based on salary for the top 5% of players as rated by the model since the start of the 2014-2015 season. A higher positive number is better…obviously.

Why Isn’t There a “Best” Model?

Since we give each model a number grade, we can compare each model’s grade and the one with the highest +/- score is the best. Boom, done…right? Not so fast. Think about what that Plus/Minus number is really telling you – it’s the average number of fantasy points scored above SALARY. Oftentimes, the types of players who will rate highly are cheap guys who are making a spot-start or players who are good bargains on one of the sites.

On a slate with 11 NBA games where you are building a cash game lineup, this is great – we need to find these guys. But do we want the model to create cash game lineups using the same criteria for a 3-game NBA night? What about a GPP lineup on a 5-game night? I think that the strategies you will want to use to create lineups in each instance are different enough that using a single projection model is probably not the most optimal move.

When we are creating projection models, this is probably the scenario we have in mind – there are a decent number of NBA games on tap and we want to build safe cash game lineups. Honestly, I’m not going to spend too much time here because I think the Phan Model is a pretty good tool to use when creating these types of lineups.
Here are the current settings for the Phan Model (on FanDuel): 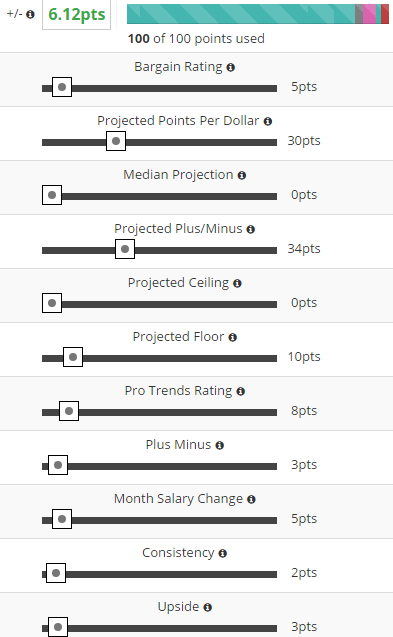 One thing that is interesting here is that “Median Projection” is set to zero. I know that there are people who want to use “Median Projection” as if it were “Projected Fantasy Points” and create cash game lineups exclusively based off of that stat. Here, in one of our primary cash game models, we are basically ignoring the stat. Why?

While “Median Projection” will give you a pretty good idea of how many raw fantasy points to expect from a player, that’s probably not the most important thing for large-slate cash game lineups if we don’t know the corresponding price. Want someone who will score 38 fantasy points tonight? It probably depends on whether they cost $4,500 or $9,500. The name of the game is value here – Projected Points Per Dollar and Projected Plus/Minus are the cornerstones of the Phan Model.

Let’s go back to Plus/Minus for a second. Let’s say Patty Mills is starting for Tony Parker one night, costs $3,500, and is projected to score 20 fantasy points. That is going to be very good from a Plus/Minus perspective and you might consider rostering Mills if saving money at PG will allow you to pay up for Cousins and Durant. On a 3-game slate where Durant and Cousins aren’t playing, should you roster Mills over Isaiah Thomas or Rajon Rondo, who are both worse values from a point-per-dollar perspective, but will score more raw points?

Here’s an example. Using tonight’s turbo slate on DK, I optimized the top lineup using a projection model that emphasizes Bargain Rating heavily. In the second optimized lineup, I used a projection model that doesn’t weigh Bargain Rating at all and instead focuses on Vegas and Median Projection. The first lineup has a high rating because some of these players score highly in salary-based factors, but you wouldn’t want to use this lineup tonight. The model is working the way you told it to, but not the way you want it to. The second lineup is obviously a better option. 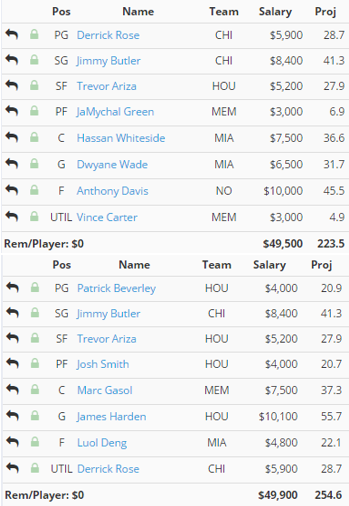 This last one is a little bit trickier because a lot of what goes into a good tournament lineup is ownership percentage. Still, there are a few tweaks we should make. In the tournament model I’m using for this, I have emphasized Projected Ceiling, Upside, and Pro Trends Rating. Let’s see what difference it made. The first screenshot was made using the Phan Model on DraftKings for tonight’s 9-game main slate. The second screenshot uses a tournament model: 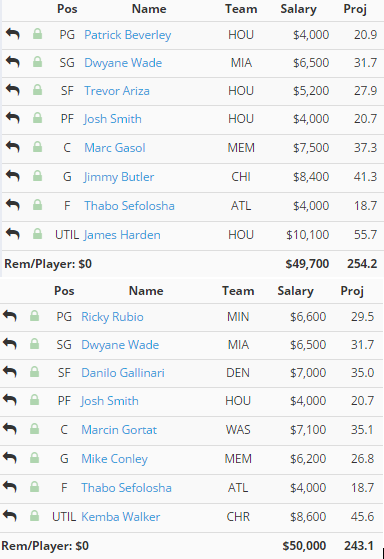 There is some overlap, but here are the main differences:

The Cash Game lineup goes heavy on the Rockets, who play in the highest Over/Under game of the night as well as Marc Gasol and Jimmy Butler, who are both near the top in terms of “Floor” at their position.

On the other hand, the GPP lineup goes Rubio and Kemba in the back court. Both players have consistency ratings of 18% and upside ratings of 43% and 56% respectively, making them classic boom-bust plays. Gallinari also has the top upside rating of all small forwards tonight. This lineup makes sense in GPPs, but would likely rate pretty poorly in the cash game model.

Most players enter different lineups in cash games and GPPs. If you’re doing that, you should also be using different projection models to create the lineups. I think far fewer players use different projection models for short slate versus large slate cash games, but I think that’s a mistake. My recommendation would be to create at least two cash game models that you are comfortable with, one that is heavier on value for large slates and one that is heavier on raw points and Vegas for short slates.