On The Contrary: Gray Matters 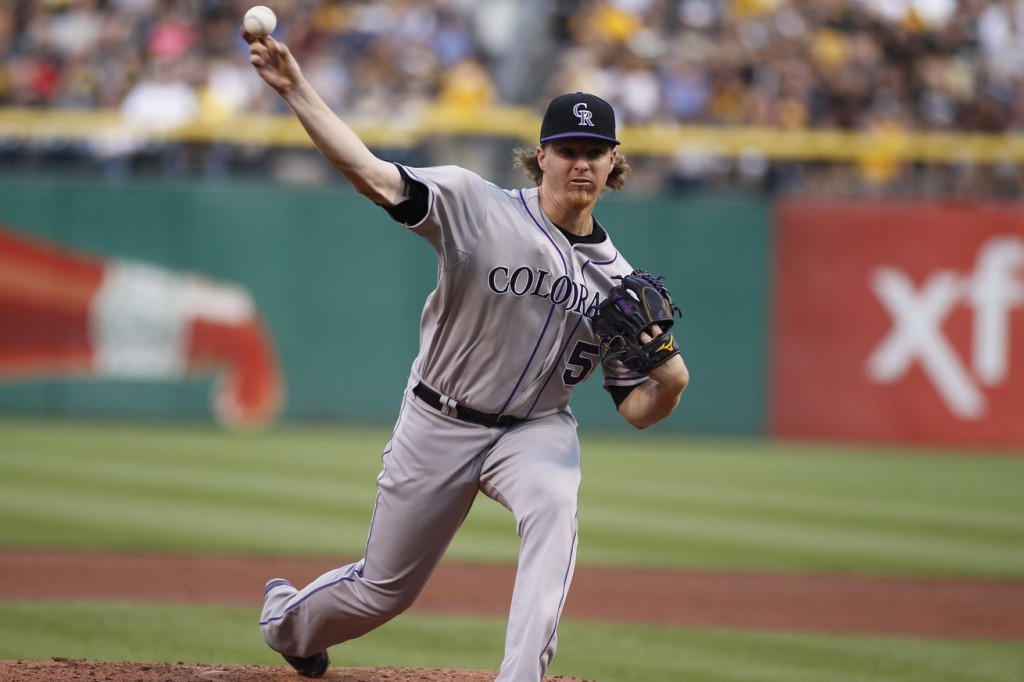 This is On The Contrary — your weekly guide to finding a low-rostered chucker with tournament-winning potential.

A Look at Last Week

Last week, James Shields got the series back on the train tracks with a 60-point performance on six percent ownership. He outscored all but two pitchers (Clayton Kershaw and David Price), both of whom cost substantially more to roster.

Shields threw seven shutout innings and struck out nine Brewers as he picked up the victory despite being a +124 underdog.

As was the case last week, the lack of projected offense will likely mean that DFS players will look to roster high-priced pitchers. I’m expecting high ownership rates for Chris Sale ($12,100 FanDuel), Stephen Strasburg ($10,600 FD), and Jeff Samardzija ($9,900 FD). All are favorites and have opponents with implied totals currently lower than 3.3 runs.

So we’ll avoid these three pitchers and instead look to find someone who has Upside but isn’t likely to be in a lot of lineups. This week’s captain of the contrarian cruise is Jon Gray.

Why Gray Will be Low-Owned

Raise your hand if you’ve heard about the Rockies’ lack of pitching year in and year out. (Scans room.) That appears to be everyone.

It’s difficult to shed the idea that a Rockies pitcher might not suck. I recommended one two weeks ago: Don’t click here to see how poorly that turned out.

Gray definitely has strikeout potential, but even if Colorado were a favorite to win he would still be low-rostered because he wears purple pinstripes.

As it is, Colorado is not favored to win. The stigma surrounding Rockies pitchers should ensure that Gray is rostered on no more than seven percent of tournament lineups.

Our K Predictor (which you can find in our Trends tool and Player Models) projects Gray to fan 6.9 batters tonight, just behind Sale (8.7) and Strasburg (8.2), who will likely be the slate’s highest-rostered pitchers. Part of the reason the K predictor is so high on Gray is his 10.2 strikeouts per nine innings over the last year.

St. Louis’ team wOBA is a slate-high .330, which isn’t great for Gray, but the Cardinals have a fly-ball rate that is merely average, and Gray doesn’t allow opponents to hit the ball in the air often. In his last two games, Gray has a mere 14 percent fly-ball rate, which is the second-lowest on the slate.

Over that same time, Gray’s exit velocity has been a mere 86 miles per hour, which is comparable to Sale and Strasburg’s exit velocities. Additionally, his Batted-Ball Distance Differential is a strong -38 feet — a mark that Strasburg (-9) and Sale (+6) aren’t close to touching. 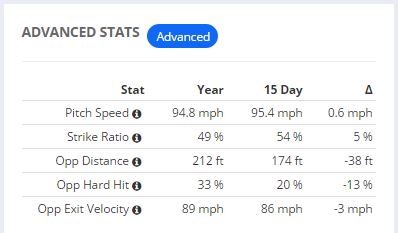 Gray should also benefit from umpire Lance Barksdale’s presence behind the plate. Historically, when Barksdale “teams up” with a pitcher who has a K prediction comparable to Gray’s, a +2.54 Plus/Minus ensues:

In the Trends tool, you’ll also notice that pitchers with a closing moneyline between +100 and +140 and a K prediction comparable to Gray’s historically have a +1.39 Plus/Minus:

Salary-based expectations for a pitcher with a $6,900 salary on FD are about 26.5 points. That won’t win anyone a tournament. But a 45-point performance could, and that’s possible with Gray, given the way and the Consistency with which he has performed this season:

With the $5,300 in salary you’ll save by pivoting away from Sale and toward Gray, you should have plenty of money to spend on any stack you want.

I suggest stacking the high-priced Astros against Sale. If you’re going be a contrarian, then actually be contrarian.