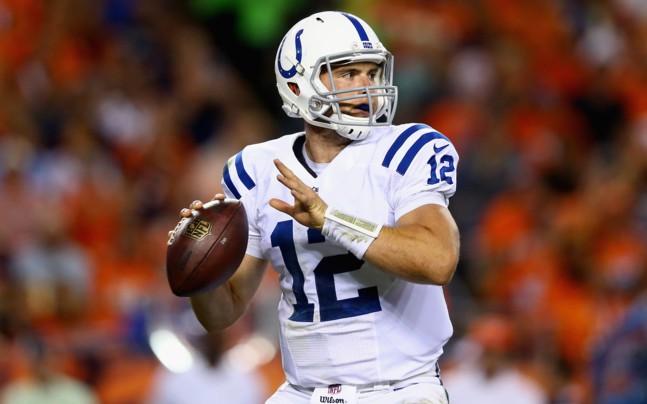 What is Vegas Score in 50 words or less?

Vegas Score is a team’s implied total according to the average of seven different Vegas sportsbooks. You want to know how many points the Jets are projected to score this week, or want to base your model around high-scoring offenses? Look no further than a player’s Vegas Score. It is a 1 to 100 percentile rank that compares a team’s projected points to historic totals.

Could I have an example please?

Not the most difficult calculations in the world, but the lucky thing for you Fantasy Labs subscribers out there is these calculations are done automatically, and all you have to do is look at the column “Pts” underneath the “Vegas” category in any model to get this data.

How does this help me win money?

Three key ways. One: you are able to differentiate a matchup’s over/under and truly see each team’s projected point total. Oftentimes people will look to Vegas to help them attempt to predict if a game will be high or low-scoring. This is a very good idea; unfortunately, if you are just using the over/under and spread information, you aren’t getting each team’s true projected total. Using our Seahawks/Bears example from above, without performing those calculations, you could potentially mistake Vegas’ over/under for the idea that both teams will score a decent amount (like the Cincinnati/Baltimore matchup this week where the over/under is 44.5 with the Bengals and Ravens projected to score 20.8 and 23.8 points respectively), instead of reality which pits the Bears as a very low-scoring offense this week.

Two: offensive points directly correlate to fantasy players on that offense also scoring more points. Next-level analysis right there, I know. Seriously, though: if you want fantasy players who have more opportunities to score touchdowns and points, use players with a high Vegas Score, as this is the exact information that the tool is providing for you.

Three: Vegas makes a living trying to get their projections as close as possible, so we should listen to them. For all the talk that Vegas sets their over/unders and spreads in an attempt to get equal action on both sides, Vegas makes their money by setting the most accurate lines possible. Because of this, why not use free data from experts at predicting point totals?

We’re going to use the same method as last week; I will create a model on Fantasy Labs that heavily weights players’ Vegas Score when rating the players. The point with this is not to create the most optimized model (that’s for you to figure out!), but rather to see the effect that heavily weighting Vegas Score has on a model. I will use Jonathan Bales’ “Bales’ Model” as my comparison model. – Quarterback especially cleaned out the scrubs. Not to say that there isn’t a time or place for Ryan Fitzpatrick, Blake Bortles, or Colin Kaepernick to start on a DFS roster, but I doubt anyone would say they’re higher-rated players than Aaron Rodgers, Tom Brady, and Cam Newton. This is partially a result of the Vegas Score model not weighting Bargain Rating and Projected Points Per Dollar heavily, as these two sliders are key in identifying lower priced bargains.

– Running backs were the most similar between the two models, as both models identified lower-priced, but high-usage, backs as the ideal plays for this week.

– Wide receivers followed a similar trend as quarterbacks, as Randall Cobb and Julian Edelman are projected more points than anyone in the top five of the Bales’ Model.

– Luke Willson has apparently had to live his life explaining to everyone that “Willson” has two Ls. In addition to this, the Vegas Score model actually produced two scrub tight ends compared to zero from the Bales’ Model. This is a result of Luke WIllson and Scott Chandler backing up two elite tight ends on two offenses expected to score a lot of points this week. Just an example of why you wouldn’t want to solely rely on Vegas Score when creating a model.

And that is Vegas Score. Personally, I feel the best use for Vegas Score lies in head-to-head matchups in DFS. While giving a higher rating to players who are projected to score more points may seem like an obvious advantage, this will produce, in all likelihood, more players with high ownership in DFS, which isn’t always the way to go in GPPs. With that said, everyone hates watching the Jaguars play and praying for Blake Bortles to somehow get the ball to tight end Clay Harbor after deciding that the matchup made him a good play, so if you want to watch your players score a lot in high-scoring games, look no further than bumping up your model’s Vegas Score weighting.