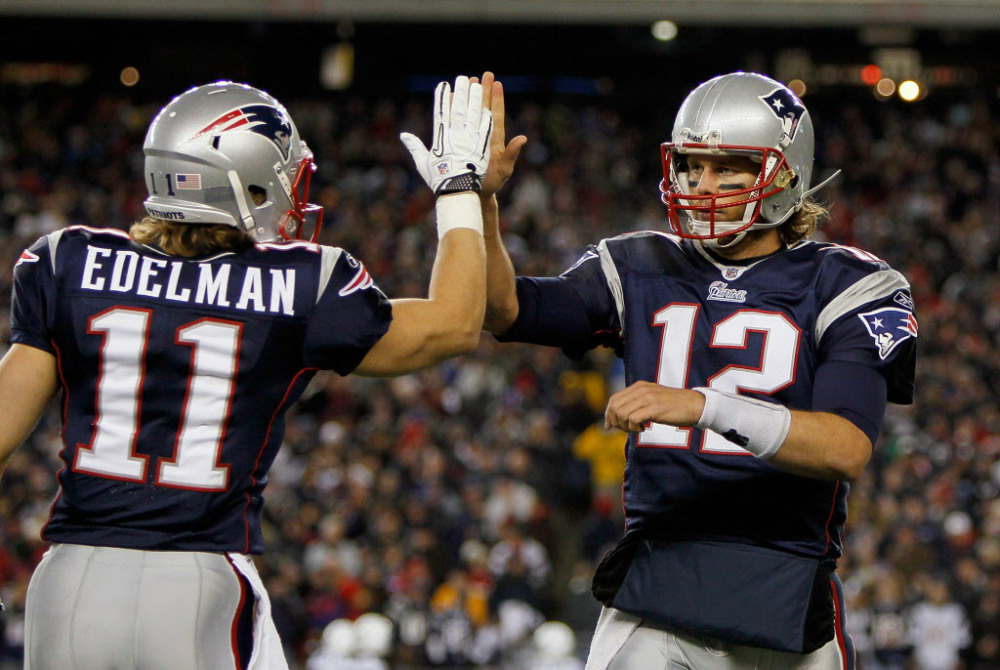 With the Titans and Patriots coming off early season byes in Week 4 and six additional teams resting this week, bye week season is officially underway. Several weeks ago, Bryan Mears wrote this piece that examines how teams perform after having different amounts of days in between games.

But what happens when your opponent is coming off of a bye week? On Fantasy Labs, the “Opponent’s Days Between Games” filter will shed some insight on the issue. I will be running the trends on FanDuel because the data there goes back to 2012, but I’d expect the findings to be true on a site-neutral level as well.

First up is the quarterback position. Starting QBs performed +0.24 points above expectation when facing a team coming off a bye. But perhaps most important to success/failure is the timing of the bye week. As you can see below, QBs have done a pretty good job against teams with an October bye, below-average against teams with a November bye, and horrible in the few occasions the opponent has had 12+ days of rest in December.

If you want to try to put a narrative to the numbers, it makes sense that NFL teams may benefit from additional rest later on in the season. Let’s look at the Patriots schedule prior to their Week 4 bye in 2015. They hosted the Steelers on Opening Night (Thursday), then had 10 games to rest before a meeting with the Bills in Buffalo, and then a home game against Jacksonville. So that’s two home games and one road game which was preceded by 10 days of rest. It’s a stark contrast to a team with a late November bye, which is a point in the season when road trips have already been completed and nagging injuries are starting to build up.

For running backs, the results were much worse. Going against a team coming off a bye subtracted value during every month of the season and amounted to a -0.28 Plus/Minus overall.

Whereas there were some ups and downs at QB, facing a well-rested defense seems to always be a value drain for running backs. Thinking on a more micro level, when defenses become tired in the fourth quarter of a game, you’ll often see offenses pound the running game. It’s the old “hide a defense’s deficiencies by controlling the clock and wearing down your opponent” trick that we saw the Cowboys master in 2014. It makes sense then that teams who haven’t played in two weeks are more rested and better equipped to stop the run.

Before we move on though – more bad news for running backs facing a well-rested defense. When I apply a “Salary is $7000 or more” filter, which gives me mostly unquestioned lead running backs and elite running backs, here’s what happened:

Not good, not good at all. What little value there is to be found is coming mostly from punt plays. Case in point, here are the two biggest games since 2012 in terms of FanDuel points when a running back has faced a defense coming off a bye:

Next, let’s look at the passing game. We saw that quarterbacks came out slightly ahead, but it depended on the month. Will the wide receiver position mirror those results? Overall, facing a rested defense has been a good spot for WRs:

Interestingly, the month didn’t really matter as much here:

So that’s kind of weird, but it’s even weirder that tight ends don’t have a month-by-month drop-off either:

So the passers get worse, but the catchers are unaffected – seems kind of contradictory. So I went back to QB and took another look. Since I now know that the running game suffers against a rested defense, I applied a rushing trend to the QB position.

Not a huge sample, but considering each team only plays 16 games a year, I don’t think it’s insignificant either. A rushing QB is usually great for fantasy football – QBs who averaged 15+ rushing yards/game overall added 0.59 points to Plus/Minus. I know from past attempts I’ve made at trying to find something interesting to say about mobile QBs that there aren’t many situations where they will consistently lose value. So it’s very interesting to me that this is one of them – especially considering the results at RB.

There’s a ton of research online about bye weeks and whether a late season bye is more valuable than an early season bye. You’ll find people making good points on both sides of the argument. Here were some of the highlights I came across in my research:

• A 2012 Grantland article that said teams with early byes had better W/L records than the rest
• A Hooded Rhino article that said teams with late season byes scored about two points more in their next game than those with an early bye
• A New Orleans Advocate article partially blaming the Saints 2014 collapse on the fact that they had to face three teams coming off of extended rest.

Looking at overall team performance in relation to bye weeks is interesting, but it also isn’t super-relevant for DFS players. What’s more interesting to us is in what ways they are better or worse. From the trends above, it seems like pocket QBs, WRs. And TEs will be okay and maybe even gain value, while running backs and mobile QBs will suffer when facing a defense that is coming off of a bye.