Last season, seven rookies had top-12 fantasy finishes at their positions in Week 1. Among those players, only Leonard Fournette heard his named called within the draft’s top 32 picks. Daily fantasy players should know about NFL rookies before they’ve played a down of professional football because they are among the most misvalued assets in all of DFS.

It’s difficult to evaluate the minute differences between individual prospects. Rather than quibble about which wide receiver might be a slightly better route runner, let’s take a look at the rookies who find themselves employed by teams whose offensive systems or depth charts could benefit the first-year players. We’ll focus on running backs and receivers for now since many of the top quarterbacks and tight ends are likely to open training camp as backups. 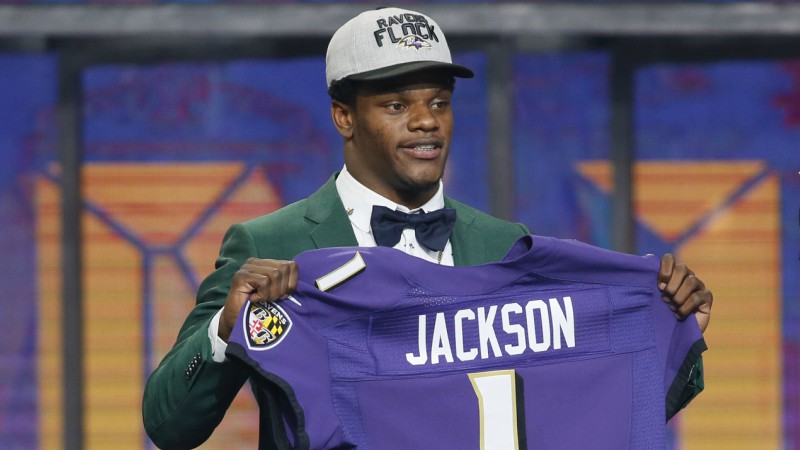 Which Running Backs Are Positioned for a Featured Role?

We’ll obviously have a better idea of Week 1 depth charts closer to the season, but there are plenty of talented prospects who will likely get the opportunity to work as lead backs based on their draft position or team depth chart. At least six rookie running backs are poised to compete for featured roles as early as Week 1.

Both the Giants and Seahawks drafted their first-round backs to be starters. Disregard any offseason chatter about Paul Perkins and Mike Davis: Barkley and Penny are positioned to join the elite club of true three-down backs. Last season Leonard Fournette and Kareem Hunt were never cheaper on DraftKings than they were in Week 1. The same might be true for Barkley and Penny this year.

The likes of Rex Burkhead, James White, Jeremy Hill, and Mike Gillislee aren’t going to stop Michel from filling the Dion Lewis role in the Patriots’ top-five offense. Bill Belichick‘s only other first-round back was Laurence Maroney in 2006. While Maroney didn’t suddenly become the focal point of the offense, he did as a rookie see more than 15 carries per game in Weeks 1-5 as part of a three-back committee with Corey Dillon and Kevin Faulk. Even if the backfield is still crowded by Week 1, it seems likely that Michel’s electric passing-game ability will be put to use in a fantasy-friendly way.

Jones, Guice, and Freeman find themselves in similar situations. All three have theoretical three-down ability in offenses without clear-cut featured starters, but all face similar obstacles to obtaining said featured roles. The likes of Charles Sims and Peyton Barber; Chris Thompson and Samaje Perine; and Devontae Booker and De’Angelo Henderson are far from insurmountable, but they’re at least competent enough to keep the rookies on the bench for a couple of weeks if the first-year players struggle. 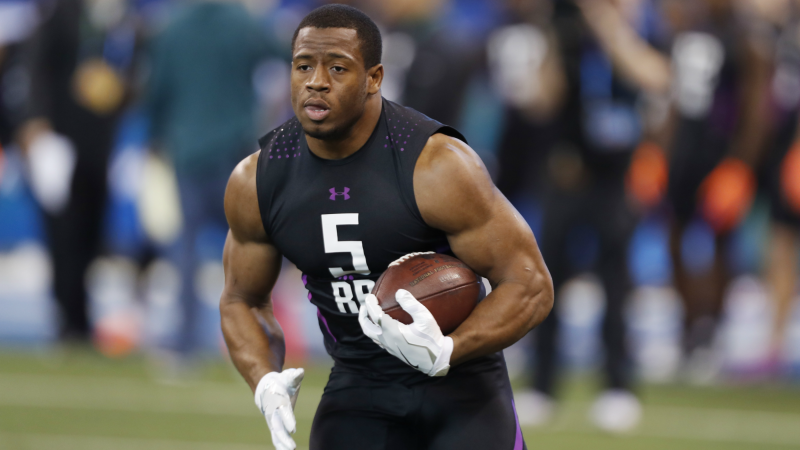 The three receivers selected last year in the top 10 caught 45 combined passes with zero trips to the end zone during the regular season. Meanwhile, third-round picks Kenny Golladay and Cooper Kupp were the No. 3 receivers on their teams and rode their respective deep-ball and red-zone roles to top-12 fantasy performances in Week 1.

Receivers with early potential to become the top receivers on their teams include:

We expected Moore to be the first receiver drafted, and Steve Smith‘s self-anointed replacement provides a combination of route running and athleticism that immediately positions him as Cam Newton‘s No. 1 target. Gallup’s competition to be the WR1 comes down to Terrance Williams and Allen Hurns. Moore and Gallup face questions regarding their ability to function in run-first offenses against No. 1 corners, but neither finds himself on a depth chart with anything close to a true alpha receiver.

Receivers set to be the No. 2 options on their teams behind clear-cut featured receivers include:

The Cardinals and Bears have Larry Fitzgerald and Allen Robinson as their respective featured receivers, but both teams are fairly shorthanded elsewhere. The likes of Brice Butler and Taylor Gabriel aren’t franchise-altering free agency signings. Kirk and Miller are different receivers and likely won’t be used similarly, but both second-round picks seem destined to work as No. 2 options for the foreseeable future.

Receivers expected to function as No. 3 options in productive offenses include:

The Falcons, Steelers and Jaguars boast at least two locked-in starters at receiver. Still, each rookie now finds himself in an offense that needs to replace last season’s No. 3 receiver. Ridley and Chark arguably off more than Gabriel and Hurns, and Washington’s experience running deep at Oklahoma State will be put to good use while replacing Martavis Bryant. These guys are not going to supplant the studs ahead of them on the depth chart, but their big-play ability could prove handy in the right DFS matchups.

Be sure to conduct offseason research on rookies yourself with our NFL tools!