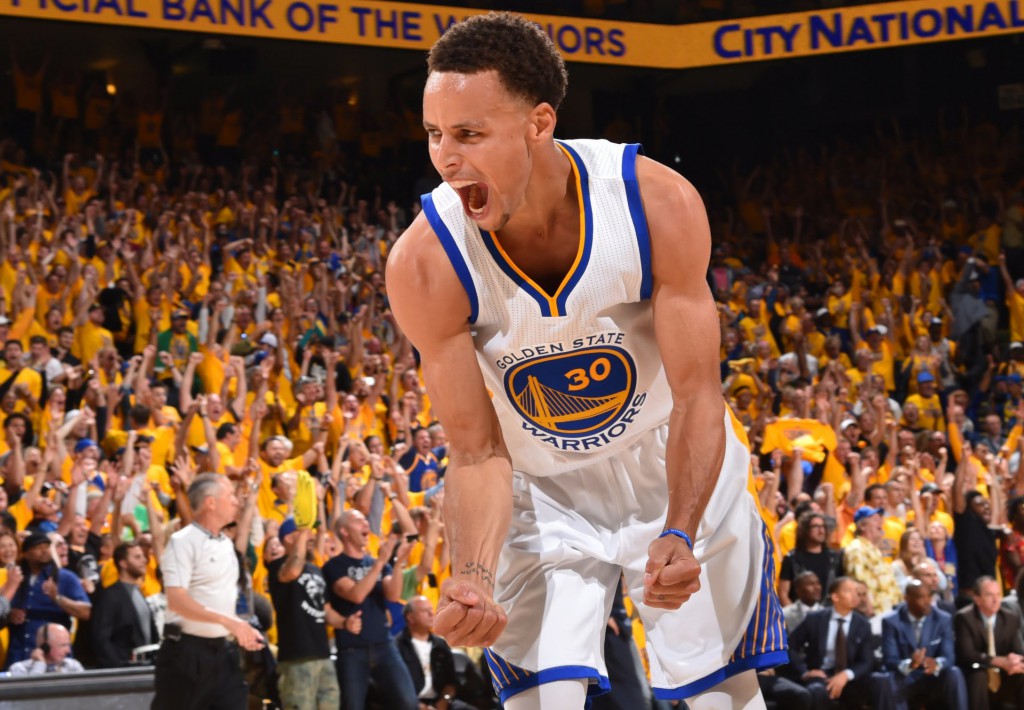 News Update: A few days ago, the Warriors beat the Thunder by 12 points, thereby winning Game 7 of the Western Conference Finals and completing their climb out of the 3-1 series hole that they had dug for themselves. Also, to quote the greatest movie of 1994, “we’ve landed on the moon.”

This is the 57th installment of The Labyrinthian, a series dedicated to exploring random fields of knowledge in order to give you unordinary theoretical, philosophical, strategic, and/or often rambling guidance on daily fantasy sports. Consult the introductory piece to the series for further explanation.

Everything You Know (About GS-OKC) Is a Lie

The information I just conveyed in the introduction isn’t actually news, especially if you’re the type of person who follows the news or is alive.

In fact, I would argue that it’s not even true.

It’s true that the Warriors beat the Thunder by 12 points and thereby won Game 7 of the Western Conference Finals.

What’s not true, though, is that they climbed out of a 3-1 series hole that they dug for themselves. It’s a mischaracterization of the facts, yet in the hours and days that followed Golden State’s Game 7 victory, that particular narrative is the one that prevailed.

(Also, I should say that, here at FantasyLabs, we’re not big fans of idle strolls down Narrative Street, or, as we call it, ‘The Calle.’)

Accompanying the ‘Golden State pulled itself out of a hole’ narrative was the ‘Oklahoma City really choked’ narrative. As a Mavericks fan, I would be very pleased if that second storyline were true . . . but it’s not (entirely) true.

In a holistic sense, what happened in the GS-OKC series was merely what was (more or less) supposed to happen: Two of the best teams in a competitive conference played at a high level in a very tight, exciting series, and ultimately the team that was favored before the series started ended up winning.

This is anecdotal, but you know how much I like anecdotes (if using anecdotes is wrong, I don’t want to be right): I stay in contact with a number of old high-school friends. We text each other back and forth about sports. I got into fantasy sports because of these guys. They’re pretty smart and knowledgeable about a lot of sports. And before the Western Conference Finals started almost all of them picked the series to go to seven games and about half of them picked the Warriors to win.

Per ESPN, the Warriors were -500 moneyline favorites to win the series before Game 1. You wouldn’t necessarily look at Golden State at -500 and OKC at +400 and think, “This series is definitely going to seven games” — but plenty of people believed that it was more than a mere possibility. A seven-game series was very much within the realistic range of outcomes.

The Myth of Momentum: The Rationale for Recency Bias

After Game 4, many people — including most of my HS friends who had predicted a seven-game series — believed that GS would lose in either Game 5 or 6. Very few people believed at that point that A) the series would go to seven games and/or B) the Warriors would win.

Why, after only four games, did people act as if the Warriors were destined to lose?

People bought into the myth of momentum. They allowed their judgment to be clouded by recency bias. They placed too much significance on a four-game sample (and really just the two-game sample of Games 3-4). They got caught up in the noise and lost the signal. They forgot about the primacy of the Bayesian prior.

The Signal and the Noise and the Bayesian Prior

I reference Nate Silver’s The Signal and the Noise a decent amount in The Labyrinthian. If you haven’t read it, you should.

In the second half of his book, Silver introduces Thomas Bayes (an 18th-century British minister and thinker), who created a theorem (really ‘just’ a straightforward mathematical formula) that deals with conditional probability. Per Silver:

That is, it tells us the probability that a theory or hypothesis is true if some event has happened.

For instance, after their Game 4 loss, Bayes’ theorem (in theory) could’ve told you the probability of the Warriors still winning the conference finals. Because of the existence of a very strong prior probability (typically called a “Bayesian prior”), I imagine that even when they needed three straight victories to win the series, the Warriors’ Bayesian odds were much better than most people believed.

Before Game 1, the Warriors were heavy (-500) favorites. The implied percentage odds that they would win the series were significant. After Game 4, the Warriors were +225 underdogs and the Thunder were -265 favorites. Yes, the odds had flipped, but — because of the strength of the Bayesian prior — never at any point were . . .

Because people ignored or forgot that the Warriors had opened the series as substantial favorites, the percentage of people who expected the Warriors to lose the conference finals after Game 4 was probably much higher than the Warriors’ actual odds of losing. In other words, what we saw was almost a betting equivalent of an ownership arbitrage opportunity.

Don’t Forget Who the Warriors Are

I’m not going to go all “Don’t ever underestimate the heart of a champion” on you — but four games into the Western Conference Finals people had forgotten who the Warriors are.

They won an NBA-record 73 games in the regular season and survived an injury to their best player in the early rounds of the playoffs. They won a league-high 67 games last year in the regular season and beat the LeBron James-led Cleveland Cavaliers 4-2 in the NBA Finals. They, over the last two full years, have, without question, been the best team in the NBA. That’s who the numbers say they are.

And that’s something to keep in mind as the NBA Finals start tonight. At some point throughout this series, it’s very possible that people will say, “The Warriors are done. The Cavs have this thing locked up. God actually might not hate Cleveland.”

Such a statement will be utterly false. The Warriors will not be done and the Cavs will not have a championship locked up until the series is actually over. The Cavs definitely can win this series. I’m not saying that they can’t. I’m just saying that until they win it, we shouldn’t underestimate the Warriors’ odds of emerging victorious.

And God probably does hate Cleveland, because no other reasonable explanation for Johnny Manziel exists.

You can underestimate the heart of a champion as much as you want — but don’t ever underestimate a Bayesian prior based on a large sample.

Is This a DFS Article?

Does it need to be a DFS article?

Here’s a DFS application, if that’s the kind of thing you care about: Too often, DFS players ignore the Bayesian priors and instead focus (to their detriment) on small (and recent) samples that aren’t representative.

If a stud pitcher has struggled in his last couple of starts, way too many people will fade him in his next start. Instead, they should understand that even good players can have suboptimal performances two games in a row, and they should rely on the Bayesian prior, especially if the pitcher’s underlying advanced stats have held constant.

More concretely, they (read: you) should rely on our tools to guide your lineup decisions. You especially should utilize our FREE Trends tool and our Player Models.

For an unparalleled DFS edge, try our free Trends tool, where you can access our massive database of advanced data and leverage our premium exclusive metrics, such as Bargain Rating, Upside, Consistency, and Plus/Minus.

Using the tools will help you stay grounded and avoid the short-sightedness that can ruin DFS bankrolls. The tools — and, more importantly, the data they possess — can serve to remind you that, even though particular players have recently underperformed expectations, they are still great players.

At our core, we are a data company, a proud purveyor of the best DFS metrics available in the known universe.

The data is the path in the labyrinth.