The PGA Breakdown offers data-driven analysis for each week’s slate using the FantasyLabs Tools and metrics to highlight notable golfers.

This week, we’re headed to Angus, Scotland, for the 2018 British Open at Carnoustie Golf Links. Golfers will be tested at a venue that’s historically been one of the toughest courses. Carnoustie is a Par-71, 7,402-yard course: It’s littered with pot bunkers that golfers will have to avoid off the tee and around the green. Aside from being a long and tight course, Carnoustie also features swirling winds that blow from the coast. 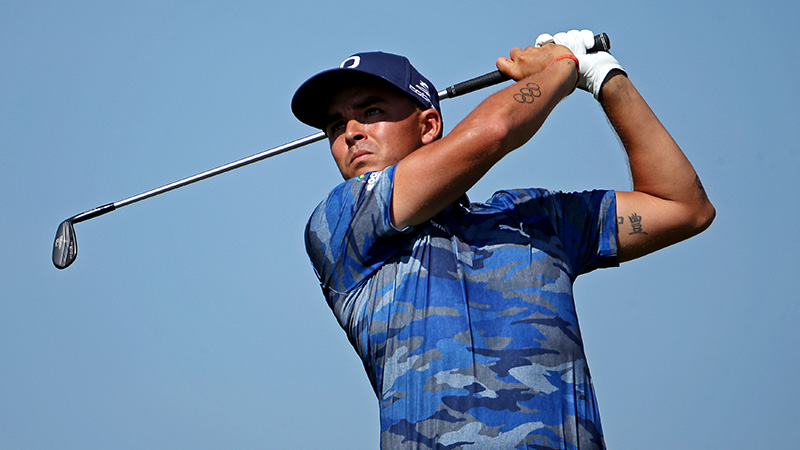 Given the length and narrowness of the course, it’s unlikely that a golfer who is strong in just one skill set will have success here. While being a long hitter can have its advantages, it can also cause problems, especially if/when the wind starts to gust.

Strategy for the course will likely differ golfer to golfer. For example, John Rahm in practice has been aggressive, looking to hit over the pot bunkers instead of laying up short (per the New York Times).

I was pretty aggressive out there, just trying to take bunkers out play, because the fairways are so slippery that it’s tough to keep it in the fairway. If you can hit driver, you don’t need to hit fairways. If you hit half of them, you have a short club in, besides 13. Into the wind today, that was a long club.

Meanwhile, Tommy Fleetwood was teeing off with a 2-iron, and Tiger Woods was hitting stingers off the tee. With the firmness of the fairways, the balls will also roll out a bit more than usual, which may potentially put the long hitters at a disadvantage.

Just hit one 427 on 18 @TheOpen .. Guys would be hitting it in the burn in front of green 450+.. Carnoustie is baked out but greens are pure.. Never seen an Open this firm.. Will be an awesome week if it stays like this.. pic.twitter.com/AUXyPGF4iu

Given how burnt out the course is, accuracy will likely be more important than distance. Even the short hitters may be able to hit tee shots farther than normal, giving them an advantage.

Tiger Woods has now said a few times that Carnoustie’s fairways are faster than its greens.

Per usual, I’ll be placing a premium on golfers who can hit greens in regulation. Additionally, Par-4 Scoring will be crucial with seven par 4s that exceed 450 yards in length. Overall, balanced golfers will probably be the best this weekend. Be sure to weight variables in our Models accordingly.

Dustin Johnson ($11,300) is having an outstanding season: In his 12 outings he has two wins and eight top-10 finishes. Even at his lofty salary, he’s averaging a +9.26 DraftKings Plus/Minus this year. It will be difficult not to have exposure to DJ and his field-best 7.7% odds to win and 67.7 Long-Term Adjusted Round Score (LT Adj Rd Score). Additionally, he’s one of the best par-4 and par-5 scorers on tour, evidenced by his -2.0 and -5.8 average adjusted strokes. We all know he’s a good play every week, so I won’t ramble on. Given the soft salaries, it’s not difficult to plug him into your lineups.

Rory McIlroy ($11,000) is a four-time major championship winner, and he’s had great success at British Opens, making eight of nine cuts and finishing fourth, fifth and first in his past three appearances. The public hasn’t been on Rory often this season: His ownership has been no higher than 8.5% in six of his 11 PGA events, eclipsing 20% just once (The Masters).

Jordan Spieth ($10,600) has an excellent history at the British Open. He has yet to miss a cut at the event in his five appearances, and he won it last year. The dilemma with Spieth is that his long-term form looks great, but he’s been mediocre in the short term. Over the past 75 weeks, he has hit 68.9% of GIR, and he possesses an excellent 68.3 LT Adj Rd Score. Additionally, his -2.2 average adjusted strokes on par 4s is the second-best mark in the field, but in his last six tournaments he’s finished outside the top 30 in three of them and missed the cut in two. Spieth has the potential to contend, but he’ll need his putter to improve: He ranks 173rd in Strokes Gained: Putting this year.

I’m always on board the Justin Rose ($10,200) train, and for good reason: He owns the third-best LT Adj Rd Score (68.1) in the field, and he’s an excellent ball-striker, hitting 69.8% of GIR over the past 75 weeks. Only DJ has averaged more long-term birdies per tournament than Rose. It also doesn’t hurt that he mustered a T12 at Carnoustie in 2007. 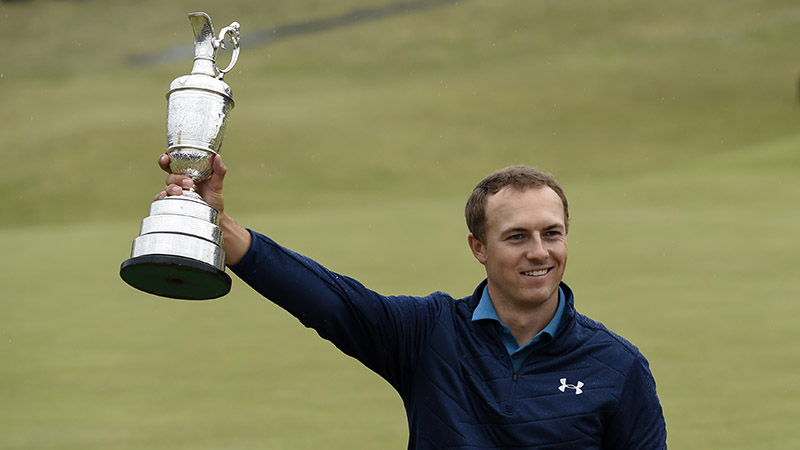 With the loaded field, Tony Finau ($7,200) has experienced a price decline of $3,300 on DraftKings. He’s severely underpriced with the 43rd-highest salary despite possessing the 11th-best LT Adj Rd Score (68.6). Finau can hit greens with the best of them (68.6% LT GIR), but he might struggle to keep the ball in the fairway on this narrow course (56.2% LT DA). That said, some golfers have stated that the rough isn’t too thick this year, so even if Finau hits an errant tee shot off the fairway he might not be in major trouble. Finau finished 27th and 18th in the past two British Opens.

At $8,200, Henrik Stenson has his second-lowest salary since the season began. Stenson has been great this year with six top-eight finishes, including a sixth-place showing at the U.S. Open. His LT GIR (70.9%) and accuracy (73.6% LT DA) make him a reliable asset in what will likely be windy conditions. Stenson has tremendous British Open history, making 11 of 13 cuts, finishing in the top three four times and winning in 2016. If he’s going to struggle anywhere, it’ll likely be on the greens, where he ranks 70th in Strokes Gained: Putting this season. Stenson has also stated that his elbow injury is not 100%, which may depress his ownership if DFS players are leery to roster him.

It’d be a shame not to mention Patrick Cantlay ($7,500) and his 68.5 LT Adj Rd Score. Cantlay has been quite reliable over the past 75 weeks, boasting an epic 6% missed-cut rate. His 14.7 birdies per tournament is the 13th-best mark in the field.

Emiliano Grillo ($6,900) missed the cut at the U.S. Open, but he finished right on the cut line, and it was his only missed cut in 15 events since January. Considering his overall consistency, he’s dirt cheap on DraftKings. Grillo ranks 23rd this season in Strokes Gained: Tee-to-Green.

Andy Sullivan ($7,200) has been on a roll on the Euro Tour. His first missed cut was at the Scottish Open last week, and he’s averaged an absurd +18.87 DraftKings Plus/Minus with 92.9% Consistency since January. And Sullivan’s metrics at the Scottish Open weren’t awful: He managed to hit 77.8% of GIR, but his putter let him down with 32.0 PPR.

Branden Grace ($7,900) has made all seven cuts at his British Open appearances, and he finished T6 last year. He’s on fire over the past month, averaging a +21.05 DraftKings Plus/Minus with 80% Consistency.

Priced the same as Grace, Tyrell Hatton ($7,900) is another notable golfer. He finished sixth at the U.S. Open and is coming off a ninth-place finish at the Scottish Open last week.

Ian Poulter ($7,800) has crushed over his past 10 tournaments, averaging a +22.02 DraftKings Plus/Minus with 80% Consistency. He’s made 11 of 16 cuts at his Open appearances, and he’s entering this tournament with a decent 30th-place finish at the Scottish Open and 21st at the Open de France: He hit over 76% of GIR in both tournaments.

If the winds start howling (and even if they don’t), look no further than Marc Leishman ($8,000), who’s a terrific player in the wind. In his past four Open appearances, he owns three top-six finishes.

Sergio Garcia ($9,000) got off to a rocky start this year, but he may be at a turning point after finishing eighth and 12th at his last two Euro events. Garcia has also historically dominated at the British Open with 17-of-21 made cuts and five top-five and 10 top-10 finishes.

Rickie Fowler ($9,700) owns the third-best LT Adj Rd Score in the field (68.1) and possesses a balanced skill set. He has done well in his past eight Open appearances, making seven cuts and twice finishing in the top five.

Patrick Reed ($8,400) has been lights out since March, averaging a +27.69 DraftKings Plus/Minus with a 75% Consistency Rating. He’s crushed at the Majors this year, finishing fourth at the U.S. Open and winning The Masters, which is cause for optimism this week.

Paul Casey ($8,700) is typically chalky in these strong fields because his price is so appealing. He boasts an exceptional 68.0 LT Adj Rd Score, and he hardly misses cuts, sporting a ridiculous 2% missed-cut rate over the past 75 weeks. The main issue with Casey is his high ball flight, which could be detrimental at this course. Additionally, Casey has finished 47th or worse in five of his past six Open appearances.

Francesco Molinari ($8,600) has smashed over his past five tournaments with two second-place finishes and two wins. Over the past six weeks he boasts a stellar 66.8 Recent Adj Rd Score, and within the same time frame he has hit 75.5% of GIR and 77.4% of fairways. These numbers have come at some easy courses, but he’s hitting the ball as well as anyone right now.

Tommy Fleetwood ($9,400) may be a popular option. He set the course record at Carnoustie after carding a 63 at the European Tour’s annual Dunhill Links Championship nine months ago. Even so, I expect to be underweight on him relative to the field. Fleetwood has yet to see single-digit ownership in a PGA event this season, and he’s had ownership of at least 20% in six of his nine PGA events this year.