The final major of the year is here with the golfers headed to Northern Ireland to play Royal Portrush Golf Club.

Let’s get right into it.

I did a full breakdown of the course. Check it out.

And as usual, I like Long-Term (LT) and Recent Adjusted Round Score (Adj Rd Score) as catch-all metrics.

Rory has historically dominated at these tournaments, finishing inside the top five in five of his 10 appearances. Aside from his Open success, he’s in incredible form right now, ranking second in Strokes Gained: Approach over his past 24 rounds. He also has a solid 67.3 recent Adj Rd Score.

Koepka owns two top-10s at these events and ranks fifth in Strokes Gained: Approach over his past 24 rounds. But what’s most intriguing about him is that Portrush is his caddie Ricky Elliott’s home course. Elliott believes Portrush should suit Koekpa:

“I’ll have to work on my yardage book for Brooks playing it but obviously a little local knowledge doesn’t hurt. Brooks has got a big following in Portrush, probably because of me, so he’ll be well supported and I think Portrush will be set up well for him.”

It’s also hard to ignore what John Rahm ($10,600 DraftKings; $11,300 FanDuel) has done over his past three tournaments, going first, second and third, resulting in a 67.3 recent Adj Rd Score.

Justin Rose ($9,900 DraftKings; $11,600 FanDuel) is tied for the second-best mark in the field with his 67.8 LT Adj Rd Score but is priced as the No. 6 golfer. He’s done well at these tournaments in the past, making all of the cuts over the past five years and finishing second and sixth in that time. It’s slightly concerning that he hasn’t played since the U.S. Open, but he’s a strong play if you’re looking to skip past the top pricing tier.

Tommy Fleetwood ($9,700 DraftKings; $10,900) doesn’t jump off the page in terms of finishes at Open Championships, but he’s a strong links player, and he’s an excellent cut-maker. Fleetwood has missed just 4% of cuts over the past 75 weeks, which leads the entire field.

Rickie Fowler ($9,300 DraftKings; $11,100 FanDuel) has made eight of nine cuts at Open Championship events, and he’s a solid links player who enjoys playing courses like this. Fowler ranks just 44th in Strokes Gained: Approach over his past 24 rounds, but he has an excellent short game, boasting a 61.6% scrambling rate. Even though he doesn’t have the best recent form — he missed the Scottish Open cut — he hasn’t been bad enough to fade.

Justin Thomas ($9,100 DraftKings; $11,600 FanDuel) has missed the cut in his past two Open Championship events, which is the main concern here. Still, he gained 6.1 strokes on Approach at the Travelers and finished T9 after shooting -18 at the Scottish Open last week. And he’s also cheaper than usual at $9,100. At last year’s British Open he was $10,000 on DraftKings.

Patrick Cantlay ($9,000 DraftKings; $10,800) placed T12 at last year’s Open Championship, and I can’t ignore his recent form, as he ranks 12th in Strokes Gained: Approach and third in Strokes Gained: Tee-to-Green over his past 24 rounds. He also ranks first in Total Strokes Gained over that time frame.

Really, you can make a case for most of the guys in this price range. I also like Francesco Molinari ($9,400 DraftKings; $11,400 FanDuel) if the weather starts to get nasty.

If you want to go with a balanced roster build, you can easily roster three guys in this price range. 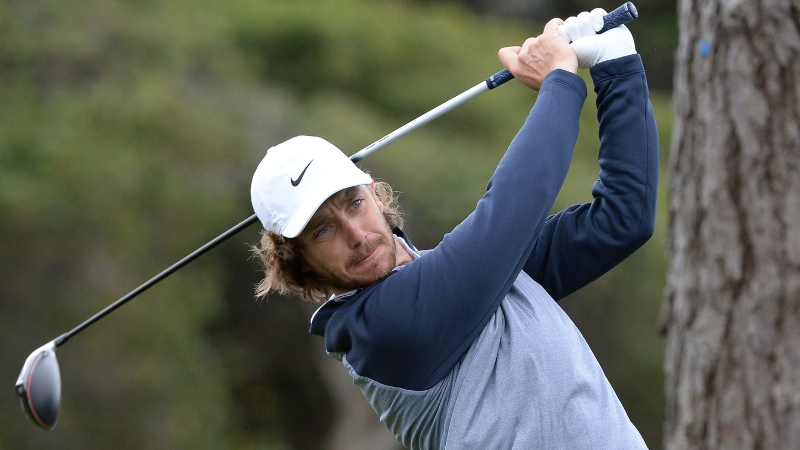 Sobel’s 2019 British Open Preview: Who Are the 10 Best Links Golfers in the World? – Read now

Matt Kuchar ($8,700 DraftKings; $10,000 FanDuel) has the fifth-best scrambling rate in the field at 63.3%, and his approach game has been on point, as he ranks 11th in Strokes Gained: Approach over his past 24 rounds. Kuchar also headed overseas to play the Scottish Open, where he finished 20th.

Henrik Stenson ($8,400 DraftKings; $10,100 FanDuel) is likely a cash-game lock for me. He owns a top-15 mark in scrambling and ranks first in Strokes Gained: Approach over his past 24 rounds. Stenson also has a knack for hitting fairways, finding 72.3% of them over the past 75 weeks. Overall, he’s a former winner of this event and has four top-five finishes to his name in his 14 appearances.

Paul Casey ($8,300 DraftKings; $9,900 FanDuel) ranks 10th in Strokes Gained: Approach over his past 24 rounds and ranks second in Total Driving in 2019. He hasn’t been outstanding at these events, but I really like his recent form as he’s gained at least 3.0 strokes on approach in his past four events.

When you think of links players, you don’t think of Tony Finau ($7,800 DraftKings; $9,800 FanDuel), but he’s managed to make all three cuts in his three Open Championship appearances. He’s also relatively underpriced on DraftKings relative to his skill set: He is priced as the No. 26 golfer on DraftKings, but Finau has the 16th-best Long-Term Adj Rd Score in the field. He won’t make my cash game teams because there are some Euros in this range I’ll be targeting, but I’ll have some exposure to him in tournaments if the winds look like they might remain calm.

Ian Poulter ($7,700 DraftKings; $9,500 FanDuel) ranks 10th in Strokes Gained: Approach in his 24 rounds of Euro data. In his past two Euro events, Poulter finished 14th and 41st at the Scottish and Irish Open. Poulter is also a low-ball hitter, which should help him if the winds pick up this week.

Webb Simpson ($7,600 DraftKings; $9,400 FanDuel) has made six of his seven cuts at Open Championship appearances, and his 64.6% scrambling rate leads the entire field. Furthermore, Simpson’s 68.2 LT Adj Rd Score is the sixth-best mark in the field, but he’s priced as the No. 29 golfer. Webb should be considerably more expensive.

Rafa Cabrera-Bello ($7,500 DraftKings; $9,300 FanDuel) is one of my favorite plays in this range. He’s made six of his seven cuts at Open Championships, and over his past three events, he’s finished ninth, fourth and third, giving him a solid 68.6 recent Adj Rd Score. All of those events were overseas as well.

Tyrrell Hatton ($7,400 DraftKings; $9,400 FanDuel) is in play as one of the premier links players on tour. He had a solid 14th-place finish at the Scottish Open, and he’s also one of the best club throwers on the planet:

Tyrell Hatton with an all time golf blowup, wait for the yell at the end pic.twitter.com/btKi6kVVp8

Some players in this range whom I might use in tournaments and who are underpriced relative to their LT Adj Rd Scores include: