Ertz is coming off a disappointing Week 11 performance in which he turned his season-low three targets into an unworthy 2-15-0 stat line, and the spread has dropped from -7 even though the Eagles have gotten 52% of the tickets and 54% of the money so far. The message behind this reverse line movement is clear: There’s significant sharp money betting against them.

Even so, Ertz is in a tier of his own this week. On the Wednesday edition of The Action Network NFL Podcast, we talked about Ertz as the slate’s pay-up cash-game play at the position.

With apologies to Rob Gronkowski and Travis Kelce, Ertz is the best tight end in the league right now. Among all players (not just tight ends), Ertz is tied for seventh with 103 targets. He’s fourth with 77 receptions. He’s top-eight with 17 red-zone targets. He’s the team leader with 804 yards receiving, 765 air yards and five touchdowns and second with 222 yards after the catch. Ertz leads all tight ends with 19.9 DraftKings points per game. He’s the modern-day prototype, capable of playing snaps inline (289), in the slot (271) and out wide (90).

Even with the return of No. 1 wide receiver Alshon Jeffery in Week 4, Ertz has dominated the team’s aerial usage. In truth, he’s the team’s clear top receiving option.

It’s possible that wide receiver Golden Tate could eventually steal slot targets from Ertz once Tate becomes a more consistent contributor within the offense, but he’s been on the team since only Week 9, and in his two Eagles games he’s managed just a 7-67-0 receiving line on 12 targets, 54 snaps and 42 routes. He’s unlikely to impact Ertz’s target volume anytime soon.

Ertz has a mediocre matchup against the Giants, who are ninth in pass defense against tight ends with a -19.5% mark in Football Outsiders’ DVOA.

But I don’t put too much stock in that number. The Giants are 27th in general pass defense (19.2% DVOA) and 28th in overall defense (7.7%). Over the past two weeks, they’ve been exploited by tight ends who are comparable to Ertz.

And when Ertz faced them on Thursday Night Football in Week 6, he put up 17.3 DraftKings points and a 7-43-1 receiving line on nine targets.

Strong safety Landon Collins is an All-Pro player, and the Giants have allowed just one touchdown all year to tight ends — but that touchdown went to Ertz, and since Collins entered the league in 2015, Ertz hasn’t had any problems producing against his divisional rivals.

On Sunday morning, I might look to bet the over on Ertz’s yardage prop. Of all tight ends on the slate, Ertz has the best combination of air yards and yards after the catch, and the Eagles will need to get their No. 1 receiver involved if they hope to avoid three consecutive losses.

To find the best bets in the props market, use our Player Props Tool, which is powered by our industry-leading projections. Since Week 1, the props with a bet quality of 10 have gone 188-89-8, good for a 66% win rate. Without question, you should supplement your DFS action with player props.

Ertz has position-high median and ceiling projections, and he’s the No. 1 tight end in the Bales, CSURAM88 and Levitan Models for both DraftKings and FanDuel. 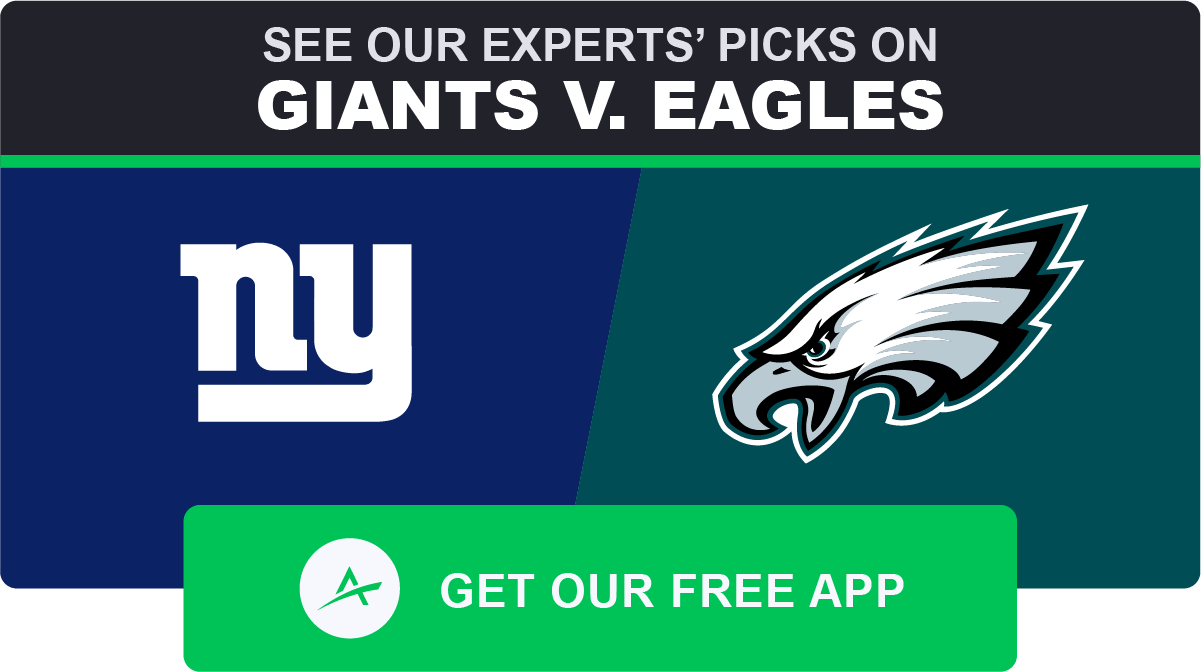 Coming out of the Week 11 bye, quarterback Nick Mullens should be more comfortable with the offense, and that should benefit Kittle, who has been the undrafted passer’s go-to receiver. In his two starts, Mullens has gifted Kittle with team-high marks across the board: 14 targets, 13 receptions, 191 yards receiving, 137 yards after the catch and eight receiving first downs. Even with Mullens, Kittle has produced.

And now he has the honor of facing perhaps the worst defense in the league. The Bucs have allowed a league-high 32.9 points per game, and they’re 31st in pass defense against tight ends (35.8% DVOA). They’ve allowed a top-two mark of 13.5 FanDuel points per game to the position.

They have been trashed by almost every starting-caliber tight end to face them.

And to make matters worse, Tampa’s entire defense is the walking wounded.

The secondary might be even worse off than the front seven. Strong safety Chris Conte (knee, IR) and cornerback Vernon Hargreaves (shoulder, IR) are out. Slot corner M.J. Stewart (foot) has been out since Week 9. And free safety Justin Evans (toe) is out.

Against such a defense, Kittle has unbelievable eruption potential.

The Bucs-49ers game has a high pass funnel rating as well as the slate’s highest over/under. Thanks to their magnificent combination of high-scoring offense (26.7 points per game) and stone-worst defense, the Bucs have an 8-2 over/under record this season, which is the best mark in the league for over bettors (per Bet Labs). I’m betting this game makes it nine.

Kittle is tied with Ertz for the position lead with eight Pro Trends on FanDuel, where he’s the No. 1 tight end in the Freedman Model.

In addition to the high over/under, three main factors favor Brate this weekend. First of all, second-year superstar-in-the-making O.J. Howard (ankle) has been placed on injured reserve, so Brate should get almost all of the tight end work to himself.

Second, quarterback Jameis Winston is once again the starter, and since his 2016 breakout season, Brate has had stark quarterback-based splits, performing much better with Winston than with Ryan Fitzpatrick. While these splits are apparent even in the games with quarterback changes, I’ve removed such games from the sample so the trend may be better seen.

Even on a per-attempt basis, Winston has funneled more production to Brate.

Finally, even with cornerback Richard Sherman, who is cementing his Hall-of-Fame case with an age-30 shut-down season after rupturing his Achilles last year, the 49ers are last in the league with a Pro Football Focus coverage grade of 42.0.

Safeties Jimmie Ward, Jaquiski Tartt, Adrian Colbert, Antone Exum, D.J. Reed and Tyvis Powell have allowed a 72% completion rate, and the four tight ends this year with five-plus targets against the 49ers have averaged 11.2 FanDuel points per game and put up a collective 19-291-1 receiving line.

Given his matchup, past production with Winston and low salary, Brate will likely be popular, but you might be able to roster him in a contrarian way if he’s also stacked with Kittle: Most DFS players prefer not to roster two tight ends, much less two in the same game, but both of them have significant potential to put up points.

Brate is the No. 1 FanDuel tight end in the Koerner, Raybon and SportsGeek Models.