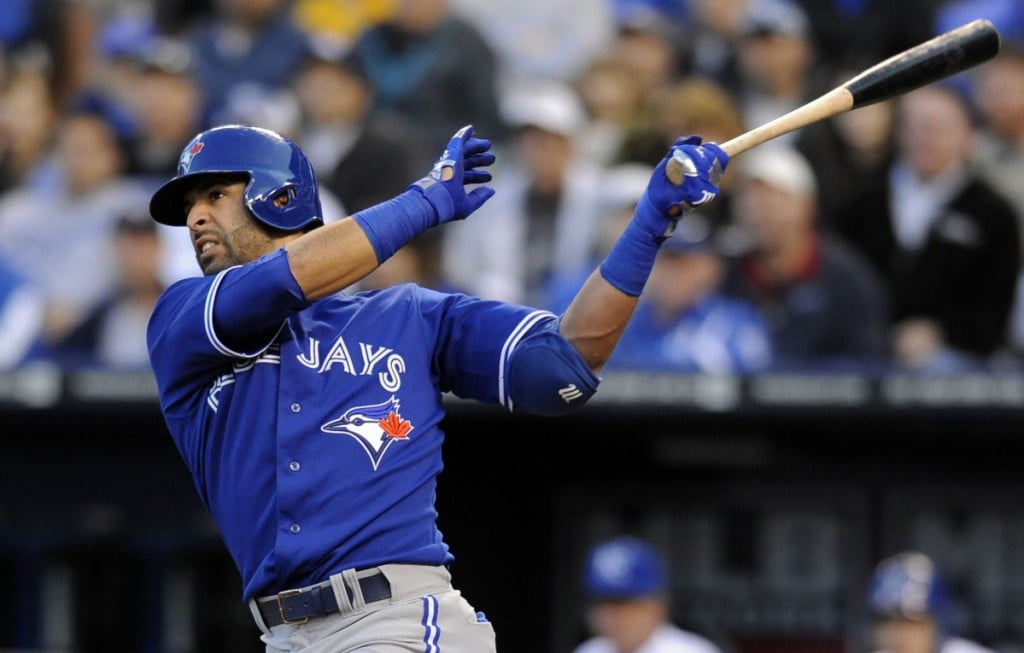 Okay, so batted ball profiles matter—fly balls are king—and they’re consistent enough for us to rely on. We can predict fly ball rates with accuracy, even on the nightly level, which is extremely important with any stat we consider. Something might be really important but simply possess too much variance to be useful. Injuries are an example of that: very important to fantasy owners’ fortunes, but not very foreseeable, and thus not terribly pragmatic as a tool in our predictive arsenal.

Whenever analyzing the usefulness of a particular stat or angle, I ask myself three questions:

We’ve already determined the answer to the first two questions is ‘yes’; batted ball profiles are important and consistent. But that doesn’t necessarily mean they’re valuable to us as fantasy owners. For that to be the case, they need to be:

1) not priced into player salaries, and

2) not widely used by the public.

I think most daily fantasy players naturally understand the first requirement for value. That way of looking at value is pretty much what we all define as ‘value’ 99 percent of the time: production minus cost. What is this player expected to do, and how does that compare to how much he costs? If anticipated production exceeds cost, we have value.

Then there’s another type of value—what I’ve sometimes referred to as ‘usable value’—that most daily fantasy players overlook that’s linked to public perception. We need to have a fundamental understanding of how much others care about a particular stat to really grasp how beneficial it is to us—how much usable value it has.

We don’t really need to do any research or polling to understand that fly ball rates aren’t used widely by the public. Actually, I know of only one or two players who really focus on batted ball profiles when projecting hitters and pitchers.

Nonetheless, I think this value distinction is really important, so I want to hash it out a bit more before determining if fly ball rates are properly priced into player salaries. I’m going to go off on a slight tangent in the next section, but I think it’s an important idea so DON’T FUCKING SKIP IT!

For the sake of argument, let’s just say that DraftKings didn’t fully account for batting average and you could find value by emphasizing the stat. That’s not actually the case in real life, but it is right now for this mediocre example.

The question is, “Would emphasizing batting average do you any good?” And the answer is no. In fact, despite batting average being linked to “value”—production minus cost—in this scenario, targeting high-average players could still hurt you quite a bit. The reason is because the crowd cared a whole lot about batting average. The average DFS player clicks on a player card, looks at a player’s batting average, home runs, and RBIs, and goes to work. So while batting average would have theoretical value in a vacuum, its usable value might actually be negative if enough people were emphasizing it.

This is all fundamentally related to public psychology and player ownership. If you were theoretically in a tournament in which every user rostered the same player, it wouldn’t matter how much “value” that player offered in regards to his salary; he would provide you with zero usable value.

I wrote about this idea in my book Fantasy Baseball for Smart People when I introduced the concept of ‘antifragility.’ Something is antifragile if it benefits from chaos—gets better in the face of adversity. Central to this idea is the notion that we’re concerned not solely with what’s good for us in a vacuum, but rather how much we can possibly benefit if we’re right. In daily fantasy terms, we’re concerned not only with how much value a player offers us in relation to his expected production and salary, but also how much usable value he’ll generate if we’re indeed right about him—a type of value that’s fundamentally linked to public opinion.

I really think that most daily fantasy players either completely miss this secondary aspect of value or else don’t emphasize it enough. It’s the backbone of why I’m a contrarian player—why I love playing a fairly random sport in baseball.

It’s also why I concentrate on seemingly ‘minor’ stats. Why examine fly ball percentages and batted ball profiles and so on when you can look at a player’s home runs, for example? Ultimately, we want home runs, right?

Yes, but do you really think the public doesn’t consider home runs? Of course they do. Everyone knows home runs are good. But remember, if everyone knows something, then it’s valuable for no one, at least in a marketplace setting like daily fantasy sports.

One more example to drive this point home. In the NFL, there are always midseason injuries that force backups into the starting lineup. Many times, these players and their increased workloads represent very obvious value on daily fantasy sites. When a starting running back is ruled out in the middle of the week, for example, his min-priced backup is almost 100 percent going to be underpriced, regardless of his talent.

But everyone knows that. No one is overlooking the min-priced backup who is going to get 20 touches. The usable value such a player offers depends on his ownership, particularly in tournaments. In certain instances, it can be advantageous to fade such a player—even a very obvious value—if usage gets too high. That’s especially true in baseball, where a batter’s night-to-night production isn’t anywhere near as predictable as that of a running back.

The take-home point: consider not only production and cost, but also how much being right about a particular player—or how much emphasizing a particular metric—is going to actually help you.

Back to the Future: Fly Balls and Player Pricing

Okay, that was kind of long. Sorry.

But I do think it’s an important concept and it helps to show why something like fly ball rate can be so valuable; even if it’s not as valuable as batting average or home runs in theory, we can reap every possible benefit from it since the crowd simply doesn’t utilize fly ball rate or batted ball profiles.

Now, we still need to answer the first question of whether or not batted ball profiles are priced into player salaries. I think it should be somewhat obvious that they aren’t; sites care about setting prices that conform to public opinion, so it doesn’t really benefit them to care about something “small” like batted ball profiles. Nonetheless, we still need to take a look to make sure that’s the case.

I examined the ground ball and fly ball percentages from batters over the past three seasons and compared those numbers to a few stats. Here’s an explanation of those.

DraftKings PPG: If you don’t know what ‘PPG’ stands for, you’re in trouble.

Season Plus-Minus: This is a stat (along with the next two) that we calculate at FantasyLabs. We’ve looked at the historic production of players based on their salaries. Plus-Minus is the points per game above or below expectation based on that salary. Example: Player Y costs $4,000. His expectation is 6.0 points and he scored 8.5 points, thus giving him a Plus-Minus of +2.5 points for that game.

Breakout%: The percentage of games a player scores at least 2x his expectation

Dud%: The percentage of games a player scores less than half his expectation

Here’s a look at the correlations between ground balls/fly balls and those numbers.

However, it’s not a given that the Plus-Minus (or Breakout% and Dud%) would look the same. Remember, the Plus-Minus calculations account for a player’s salary and how many points he should score. If DraftKings were properly account for fly ball rate, we would see a Plus-Minus of zero (meaning players are performing according to how they’re priced).

However, we don’t see that; a higher fly ball percentage has led to a higher Plus-Minus, while a higher ground ball rate has led to a lower Plus-Minus. And just like that, we’ve discovered that emphasizing fly ball rate is a +EV strategy on DraftKings (and the same is true on FanDuel, by the way). This is why I love studying these FantasyLabs Plus-Minus numbers so much; because they control for player salaries, we can see which stats or traits are priced into salaries, and which aren’t.

Also note that a higher fly ball rate is correlated with a higher Breakout% (unsurprising), and also a lower Dud%. I don’t think the latter is obvious. It could be the case that fly ball hitters are generally +EV and have a ton of upside but also carry more risk, but that’s not what we see.

So even after controlling for pricing, we see a greater return on our investment, more upside, and less risk with batters who hit a large percentage of balls in the air. To answer the question posed at the start of this lesson—are fly ball rates priced into daily fantasy salaries?—no, they are not fully priced in, and we can leverage that into profits.