The Great Debate: wOBA vs ISO 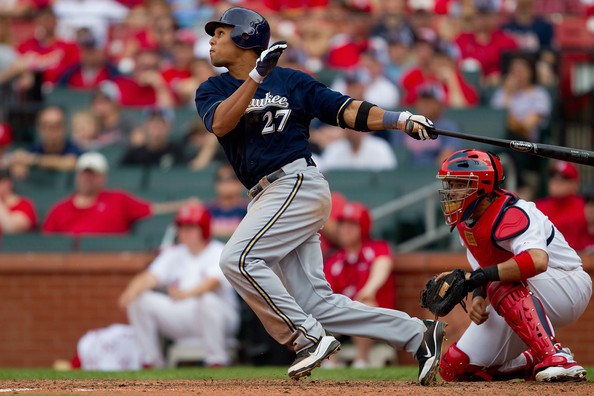 There isn’t a DFS player alive that submits a lineup without a hardcore belief in their strategy to win. One of the popular beliefs in daily fantasy baseball proclaims wOBA (Weighted On-Base Average) as the Holy Grail to cash-game success and ISO (Isolated Power) as the ticket to big money in tournament pools.

The vast majority of the betting public is willing to buy into the premise despite minimal knowledge or exposure into these two principal sabermetric stats. You’ll be hard-pressed to find a bigger advocate for these two metrics than me, but what is the truth about their role in DFS?

Before diving into the analytics, lets first establish a background on these two figures. Personally, my favorite aspect of wOBA is that the scale is equivalent to our old friend OBP. It differentiates – in a positive way – from on-base percentage in its enhanced calculation. In 2013 wOBA equaled (0.690×uBB + 0.722×HBP + 0.888×1B + 1.271×2B + 1.616×3B +2.101×HR) / (AB + BB – IBB + SF + HBP). The formula proportionately measures for each hitting category according to its value. It’s almost a perfect stat for DFS, but doesn’t completely capture our scoring models.

Where wOBA leaves a little bit to be desired (especially on DraftKings) is in the power department – if only there was a way to isolate power… Psych! ISO does exactly that by multiplying for each extra base (ISO = ((2B) + (2*3B) + (3*HR)) / AB). An emphasis on power is necessary when a solo homer is more valuable than a bases-clearing double (on DraftKings).

Here we see the comparison between top wOBA performers and top ISO performers. Each registers an identical +/- of +0.25, so what does this mean? To find a meaningful distinction between these two stats, we need to take a deeper into look lineup order profiles.

There is a lot to take in here, made easier by the table on the right. The table highlights each spot in the lineup and pinpoints which are more likely to perform at a higher level using wOBA or ISO. We can see that ISO produces a better Plus/Minus in the middle of the lineup, while wOBA is the more useful stat on either end.

I think it’s safe to say that we differentiate between cash game and tournament strategy based on the anticipated score needed to place. Generally, cash games require players to strive for a middle ground between consistency and upside, while tournament play requires an inherently riskier approach.

Because wOBA is often associated with cash games and ISO is often paired with GPPs, does it mean that wOBA is a balance of consistency and upside while ISO is more upside-driven according to Fantasy Labs metrics?

I set out to test this theory using Fantasy Labs Trends. My methodology incorporated players that qualified as 90+ percentile in either wOBA or ISO, hit in the respective target lineup positions (see chart above) and had a fantasy season count of 100+.

While there is a slight indication of higher consistency using wOBA and higher upside using ISO according to Fantasy Labs metrics, it is not strong enough to support its own theory. My suggested solution would be to consider both statistics in your Fantasy Labs Player Models while slightly favoring one and emphasizing lineup order based on the contest.