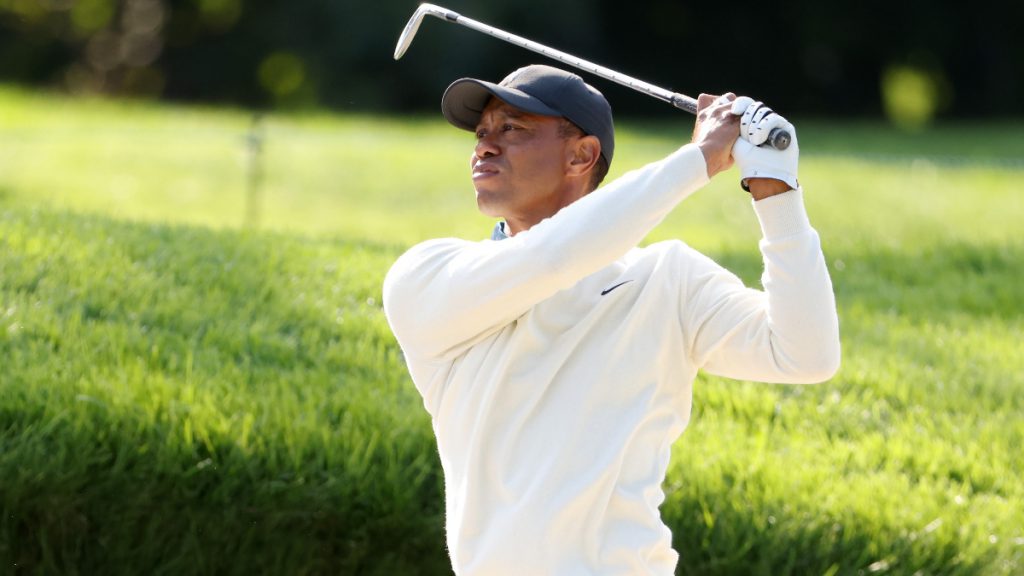 The TOUR finally leaves Vegas after a long two-week stint, which ended with Jason Kokrak’s first career victory at The CJ Cup. They will head west to Sherwood Country Club, which is located just west of Los Angeles in Thousand Oaks, California for the ZOZO Championship. It will be a similar event to last week with a field of 78 players with no cut, but this week with one Tiger Woods making his first competitive appearance since the U.S. Open.

The ZOZO was an event designed to grow the game of golf in Japan, and in prior years it had been held in the greater Tokyo area. In 2020, due to the COVID-19 pandemic, it has been moved stateside.

Last year, Woods won the event over native and fan favorite, Hideki Matsuyama, by three strokes. This year, they will take the event to a course Tiger knows well, as he held his current Hero World Challenge at Sherwood Country Club from 2000-13. During those years the winning score had a wide range from 10- to 22-under par, making it difficult to assist in predicting this year’s event.

The course at Sherwood Country Club was designed in 1989 by Jack Nicklaus, who also did the 2016 renovation. This week, it will set up this week as a 7,073-yard par 72, uniquely featuring five par 5s, five par 3s, and eight par 4s. The length of the course is short by tour standards especially for a par 72, and on the surface it seems to set up for some very low scoring.

There are 51 sand bunkers throughout the course and four water hazards that will come into play on eight holes. It will feature bentgrass from tee to green with ryegrass rough that has been grown up to three inches in length. The bentgrass greens are set to run at a speedy 12.5 on the stimpmeter.

As I mentioned, it will be a unique scorecard for a PGA TOUR event with an extra par 5 and par 3 than is the standard. The back nine will feature three holes of each par variety, creating a lot of fun down the stretch. It will also be a fun start, as No. 1 provides an opportunity for longer players to go for the green if they choose, as it is listed at just 343 yards on the scorecard. The short nature of that first hole provides a theme throughout the round as no par 4 plays more than 459 yards.

The fourth appears to be one of the more challenging holes, as it is a sharp dogleg right with water running the entire right side of the hole and up to the green. The par-4 seventh, the “Rock Hole,” is straightforward but has the unique feature of a large group of rocks splitting the middle of the fairway and forcing players to pick a side. This hole infamously came into play during the “Showdown at Sherwood” back in 199 between Tiger Woods and David Duval, who drove his ball into the structure and was forced to take an unplayable lie during the match.

The outward nine also features the two longest par 3s on the course, countered by two par 5s of less than 540 yards. The second hole is a 536-yard par 5 that will undoubtedly be reachable in two strokes for the entire field. It also will penalize any players that are wayward off the tee or into the green, as a stream runs down the right side of the hole to the front of the green.

Similarly, the par-3 third hole is just over 200 yards, and the green is protected on the right by water. The 232-yard eighth hole is a par 3 that stands out with its fantastic view that requires a precise and lengthy approach to a green that is protected by bunkers on all sides.

The back nine also starts with a short par 4, which depending on the tee boxes used throughout the week could also present an opportunity for the long hitters to drive the green. The par 3s on the back side are all short by TOUR standards at 186 yards or less. The par-3 15th is the signature hole of the course, a 186-yard shot that is all carry over water to a green that’s only 21 yards deep.

The par 5s on the inward nine are all attackable, especially the 11th, which appears pretty straightforward and is only 522 yards. The 16th is the one that stands out, as it has three sections of fairway with a stream crossing at the 330-yard mark from the tee. The second shot will require players to cross that creek twice in an approach to a narrow green, should they choose to go for it in two shots. The right play more often may be a fairly simple layup short of the second crossing, giving a wedge into the green.

Overall, I believe this course sets up for another birdie-fest for the players this week. As I noted, scores upwards of 22-under having won here in the past in 18-man fields, and the game has changed quite a bit in the seven years since the TOUR visited Sherwood Country Club. I’ll be looking at players that are scorers with great birdie or better results, and those that thrive on par 5s with potentially five legitimate eagle opportunities each round.

There is limited course history for most of the field, being that the last tournament here was seven years ago, and there were less than 20 players in those events. Tiger obviously knows this course quite well, and the results seem to point to him liking it, too. He won four times and finished second five times during that 13-year stretch, which seems pretty good. Webb Simpson, Bubba Watson, Rickie Fowler, Matt Kuchar and Jason Day are also names the flashed in the Top 10 in the most recent few events that Tiger held at Sherwood. I’d take all of this with a grain of salt, though Bubba Watson does have a tendency to show preference to courses that fit his eye.