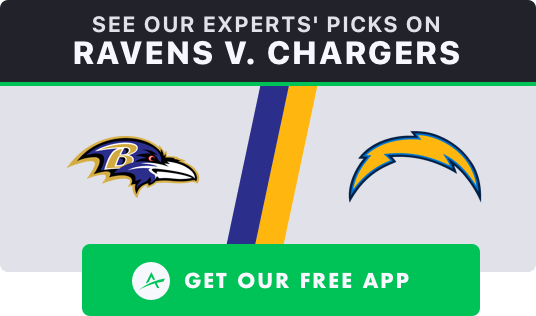 There’s not much to like here: Lamar Jackson has a position-low floor against the Chargers’ eighth-ranked scoring defense after facing the five worst defenses in the league over his first five starts. Meanwhile, Philip Rivers is up against Baltimore’s second-ranked unit, Johnson has made six starts since being drafted in 2008 and Mariota threw for 88 yards last week.

From a roster construction standpoint, going with one of the cheaper quarterbacks makes sense, as both Mariota and Johnson are easily the highest-projected players in their salary range. Rivers has rushed for a grand total of four yards since the start of 2017, and his lack of rushing upside evens the playing field for his more mobile counterparts.

Gordon was removed from the injury report after sitting out the past two games with a knee injury, and even against a stingy Ravens defense that ranks second in Football Outsiders’ DVOA, Gordon is easily the highest-projected flex-eligible player on the slate.

Henry has gone straight bonkers over the past two weeks, carrying 50 times for 438 yards and six touchdowns. He gets another ideal matchup as a 10-point favorite against a leaky Washington run defense that ranks 29th in DVOA. Even with Henry going off, Lewis has still managed to log double-digit touches in each of the past two games. Because Lewis is used in the passing game, he’s preferable to someone like Gus Edwards, who is yet to catch a pass since Jackson took over as the starting quarterback.

Allen (hip) isn’t 100%, but is still the highest-projected wide receiver on the slate by a comfortable margin. Crowder is one of the last pass-catchers standing for the Redskins. Davis tends to be negatively impacted by his team being in positive game script, but he’s one of the 12 wide receivers in the league with an air-yard share of 35% or better and owns second-highest projection at his position for this slate. Taylor has flashed over the past three games, averaging 60.0 yards per game over that span and has the position’s top Projected Plus/Minus on both DraftKings and FanDuel in our NFL Pro Models.

With both Jordan Reed (toe) and Vernon Davis (concussion) out, Sprinkle will start at tight end and has a chance to build on last week’s 3-19-1 line. The Titans have generally defended tight ends well, ranking fifth in DVOA, but it makes sense to punt with Sprinkle at minimum price on what has to be one of the ugliest tight end slates in recent memory.

The Chargers are viable here, too, but the Titans are the highest projected option at the position. The Titans have allowed just nine points over their past two games, including last week’s shutout of the Giants. 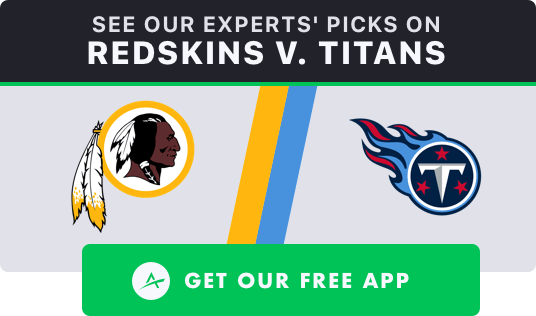