The bye weeks are over, and the 2018 NFL season is still on pace for a record-breaking campaign with an average of 24.2 points per game per team. The action continues with a 13-game main slate that kicks off on Sunday at 1 p.m. ET.

UPDATE (12/1): Wide receiver Stefon Diggs (knee) is probable to play after getting in a limited practice on Friday.

On the Wednesday edition of The Action Network NFL Podcast, there was some enthusiasm for Thielen as a cash-game play this week, and it’s easy to see why.

The spread opened at +6 but has since moved toward the Vikings even though the Patriots have gotten 63% of the spread tickets and 68% of the money as of writing (see live data here). This reverse line movement suggests that sharp money is backing the Vikings, which bodes well for Thielen and the offense.

Thielen (calf) was limited early in the week, but he practiced in full on Friday and will suit up on Sunday.

After becoming the only NFL player in history to open a season with eight consecutive 100-yard receiving games, Thielen did relatively little in Weeks 9-11, sandwiching the Week 10 bye with 4-22-1 and 7-66-0 performances. In Week 12, though, Thielen returned to form with 22.5 FanDuel points on 8-125-1 receiving and nine targets.

With a top-two mark of 19.1 FanDuel points per game, Thielen is in fine form. For an undrafted, small-school, average-sized hometown receiver, he’s not bad. Thielen is first among all wide receivers with 93 receptions, second with 124 targets and 1,138 yards and fifth with 368 yards after the catch. 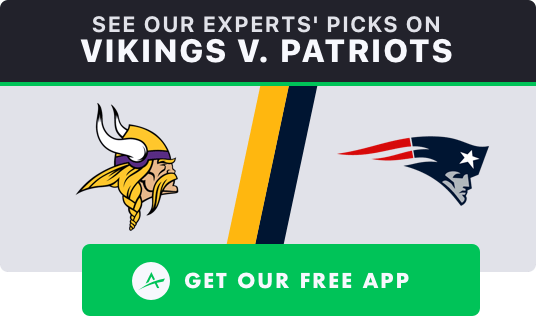 Although they’re second in the league with a Pro Football Focus coverage grade of 91.4, Thielen doesn’t have an imposing matchup against the Patriots. A masterful technician, Thielen has run 57.5% of his routes from the slot, where he leads the league with 55 receptions. Patriots cornerback Stephon Gilmore is likely to shadow wide receiver Stefon Diggs on the outside, which means that the Pats will likely use a combination of Jason McCourty, Jonathan Jones and J.C. Jackson to cover Thielen.

While McCourty has a solid 83.3 PFF coverage grade and has held receivers to a 51.6% catch rate in his coverage, he’s played almost exclusively as an outside corner. But over the past four games, the Pats have given McCourty 21, 22, 18 and 26 slot snaps. Before Week 8, he’d never played more than 13 slot snaps in any NFL game. McCourty is a 31-year-old veteran who has had a solid career, but he’s out of position as a between-the-hashes defender, and Thielen is a slot savant. It’s very possible that even if McCourty shadows Thielen, he could have a big game.

As for Jones and Jackson, the former has allowed a 68.4% catch rate this season, and the latter is an undrafted rookie. Neither seem likely to shut down Thielen.

For tournaments, use our Lineup Builder to stack Thielen with quarterback Kirk Cousins. Since 2014, No. 1 wide receivers have had a 0.54 correlation with their quarterbacks. The sample is small, but with Cousins, Thielen has a 0.62 correlation.

On Sunday morning, I might look to bet the over on Thielen’s yardage prop. To find the best bets in the props market, use our Player Props Tool, which is powered by our industry-leading projections. Since Week 1, the props with a bet quality of 10 have gone 199-91-9, good for a 67% win rate. Without question, you should supplement your DFS action with player props.

Thielen leads all wide receivers in our Models with his ceiling projections, and he’s the No. 1 FanDuel wide receiver in the Bales, CSURAM88, Raybon and Freedman Models. 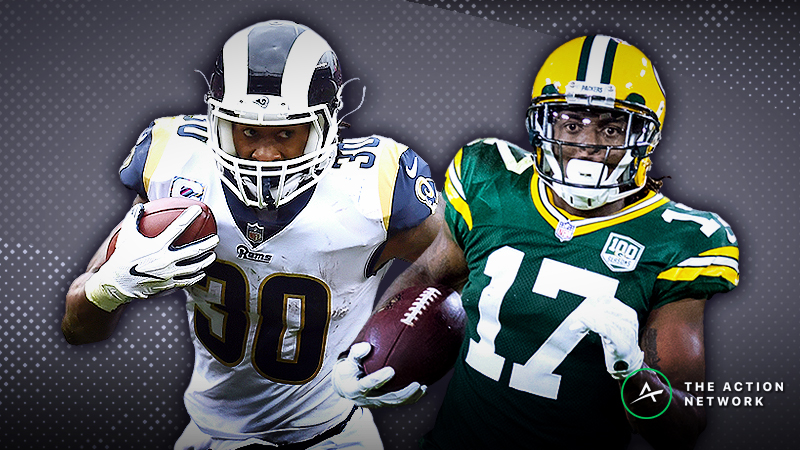 Coming off the bye, the Rams have hit their implied Vegas total in an NFL-high 20 of 27 games under beard model and head coach Sean McVay since last season. The Rams averaged a league-high 29.9 points per game in 2017, and this season they’ve improved to 35.4. They will almost certainly regress at some point, but their offense is as good as any unit in the league, and this week they trail only the Chiefs with their implied Vegas total of 32.5 points.

Although he underwhelmed for the first four years of his career, Woods has been a significant contributor to the team’s success since signing with the Rams last offseason. He leads the team with 90 targets, is tied for first with 59 receptions and ranks a close second with 904 yards receiving and 1,076 air yards.

There’s nothing remarkable about Woods’ +3.77 FanDuel Plus/Minus, but he’s one of the most consistent receivers in the league: Only once this season has Woods not had at least 70 yards receiving in a game — and that was Week 1, when he still got nine targets and one carry.

With wide receiver Cooper Kupp (knee, injured reserve) out for the rest of the season, Woods is expected to continue to serve as the team’s primary slot receiver. Over the past two years (including playoffs), he’s exhibited some notable Kupp-based splits.

In terms of production, Woods hasn’t done much more without Kupp than with him, but he’s been employed much more in the slot without Kupp, and that could matter this week. 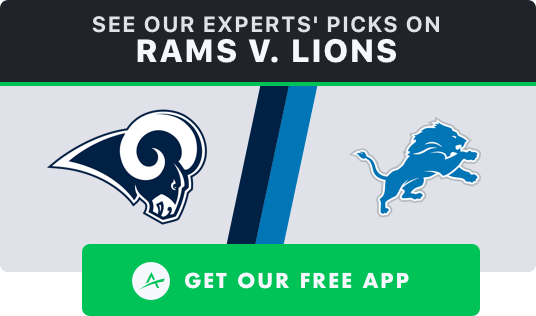 The Lions pass defense is 31st with a 31.9% mark in Football Outsiders’ DVOA, and Woods has an especially strong matchup in the slot. While wide receiver Brandin Cooks is likely to be shadowed by cornerback Darius Slay, especially on the outside, Woods will run most of his routes against Nevin Lawson, who has been the team’s primary Y defender since the Week 6 bye (except for Week 10, when he played on the outside in place of an injured Slay).

And when he lines up on the outside, Woods figures to run most of his routes against cornerback Mike Ford, an undrafted rookie who had never played a defensive snap before entering the starting lineup two weeks ago. In his two games, Ford has allowed a 90.9% completion rate and 176 yards on 11 targets.

Based on The Action Network NFL Power Ratings, this might be something of a trap spot for Woods: The Rams are Week 13’s most overrated team. Additionally, Woods could be overly popular in guaranteed prize pools. In his two full main-slate games this season without Kupp (at San Francisco in Week 7, vs. Green Bay in Week 8), Woods had GPP ownership rates in excess of 20%, and we’re again projecting him to be one of the slate’s most heavily rostered wide receivers.

Even so, Woods has the potential to smash: The Rams have the slate’s second-best explosive passing matchup.

Woods is the No. 1 FanDuel wide receiver in the Levitan, Koerner and SportsGeek Models. 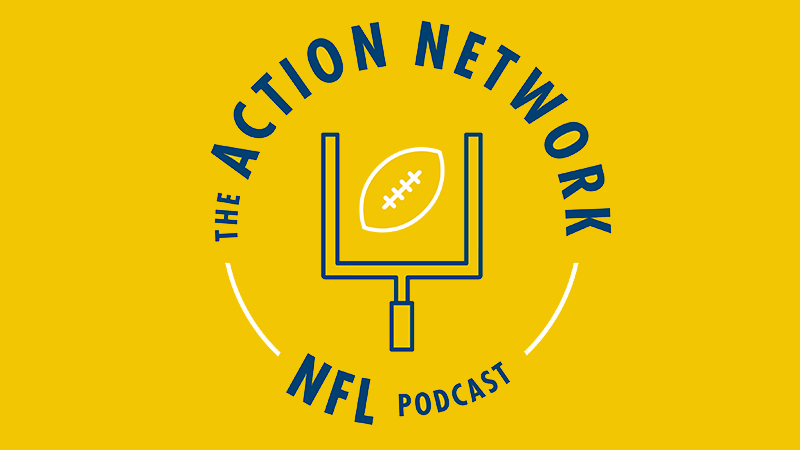 While it might seem reckless to invest in a receiver facing the Jaguars, the Hilton thesis is pretty straightforward.

It’s hard to roster Hilton on the road and outdoors given his career-long per-game splits.

And his production against the Jags since last season hasn’t been inspiring.

But if Ramsey is out or limited, the Jags will be vulnerable on defense, and over their seven-game losing streak they’ve allowed some big performances. For the season, they’ve held opposing wide receivers to a bottom-five mark of 31.9 DraftKings points per game, but just last week they allowed Bills wide receiver Robert Foster — an undrafted rookie who did almost nothing in college — to go off for a 2-94-1 receiving line on three targets.

Plus, Hilton has run 29.8% of his routes this season from the slot, where Ramsey and fellow outside cornerback A.J. Bouye rarely line up. In the slot, Hilton will match up with corner D.J. Hayden, who is imminently beatable. He missed Weeks 3-9, but in his five games this season he’s allowed an 81.8% catch rate.

On top of that, the Jags are in disarray on offense. Just this week, they fired offensive coordinator Nathaniel Hackett and benched quarterback Blake Bortles. In the long run, these moves will probably be beneficial, but this week the Jags could struggle more than usual on offense, failing to sustain drives. As a result, the Colts could have more opportunities and Hilton could have additional targets.

In his three games since the Week 9 bye, Hilton has a 19-357-2 receiving stat line on 26 targets. In strong form, Hilton is the No. 1 DraftKings wide receiver in the Levitan Model. 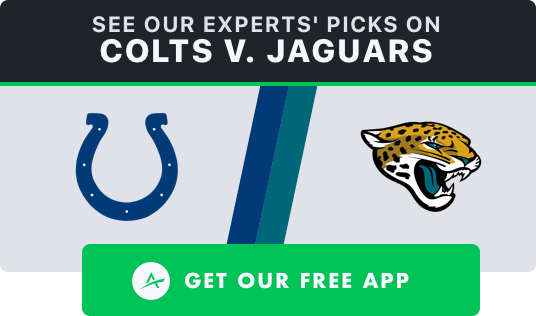 UPDATE (12/1): Wide receiver DeSean Jackson (thumb) is out. Running back Peyton Barber (ankle, shoulder) will play after a full practice on Friday.

Field-stretching wide receiver DeSean Jackson (thumb) is out, which means that Godwin a locked-in full-time player this week. As such, Sacred Victorious warrants strong consideration in both cash games and GPPs. He will be one of the slate’s most popular players.

A versatile receiver with the ability to win deep because of his speed (4.42-second 40) and in contested situations because of his size (6-foot-1, 209 pounds), Godwin is an important contributor to a Bucs team that is first with 4,997 scrimmage yards, 3,914 net passing yards and 289 first downs, second with 449 pass attempts and fourth with 27 passing touchdowns and 6.6 yards per play.

Of course, the team has also been hamstrung by its issues with turnovers and the constant changes at the quarterback position. The Bucs are dead last in the league with 23 interceptions, 29 turnovers and a 22.3% turnover rate on a per-drive basis. A large part of that is because of quarterback Jameis Winston, who has 11 interceptions and five fumbles in just six games, only four of which have been starts.

But last week Winston managed to get through a game without throwing an interception for the first time this season, and he’s in a good spot this week, which bodes well for Godwin.

The Panthers are 27th in pass defense (21.6% DVOA), and the Bucs-Panthers game leads the slate with an 76.21 pass funnel rating. Thanks to their magnificent combination of high-scoring offense (26.7 points per game) and basement-level defense (30.7 points per game allowed), the Bucs have an 8-3 over/under record this season, which is the best mark in the league for over bettors (per Bet Labs). I’m betting this game makes it nine.

No. 1 wide receiver Mike Evans is likely to see shadow coverage from cornerback James Bradberry, as he did in Week 9, which means that Godwin will likely run most of his routes against rookie second-rounder Donte Jackson (quad), who exited last week with an injury after just one snap. Jackson will play this week, but he could be limited, and he’s struggled in his first year, allowing a 69.8% catch rate in his coverage. His worst game of the season came against the Bucs in Week 9, when he allowed a 7-115-1 receiving line on eight targets.

Godwin had a middling 2-40-0 performance on three targets against the Panthers in Week 9, but he’s a key player in a wide receiver unit that leads the league with 268 yards and 54.5 points per game in point-per-reception scoring. A second-year breakout-in-process, Godwin has hit double-digit targets in only one game, but he’s top-five in the league with nine targets inside the 10-yard line.

With D-Jax out, Godwin is likely to hit season-high marks in snaps and routes. In his three games last season without either Evans or Jackson, Godwin had his best performances of the season and saw his highest snaps counts.

Godwin is the No. 1 DraftKings wide receiver in the Bales, CSURAM88, Koerner, Raybon and SportsGeek Models.

Be sure to read the other Week 13 positional breakdowns.