The NFL Combine is always one of the most analyzed events during the yearly buildup to the draft. The Combine’s various drills are meant to quantify the skills that translate to being a productive football players, so naturally, workout warriors tend to steal the show at an event in which no actual football is being played. However, those type of players haven’t always turned into the superstars that their speed and agility would otherwise suggest.

That’s not to say increased athleticism is a bad thing; certain metrics may be more important than others in helping define what makes certain types of running backs click. Although not every running back has performed every drill at the Combine over the years, it’s still worth exploring whether or not success in particular drills is predictive of fantasy performance.

Each of the below metrics were bucketed in a manner to gather similarly sized groups across the various types of running backs. In a game of inches, quickness and agility appears to be the factor that has separates the league’s great featured backs from its good ones: 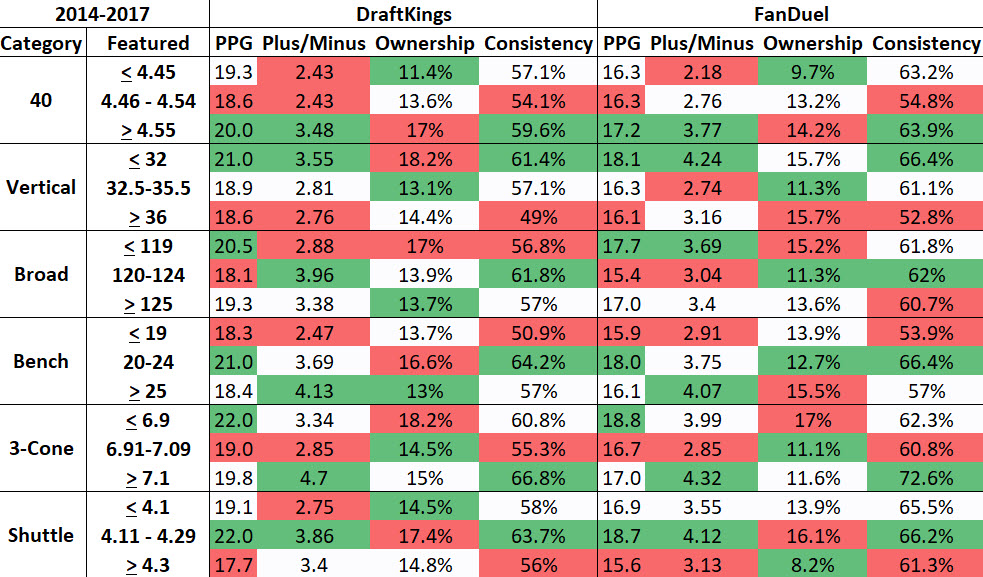 Opportunity is everything for three-down backs, but some Combine metrics appear to be more applicable to workhorse backs than others:

NFL teams probably prefer their featured backs to be explosive and powerful athletes, but Combine metrics won’t matter much in DFS for backs with top-flight weekly workloads.

Targeting top performers from the shuttle and three-cone drill on teams without an established backfield can work in DFS, but blindly fading a featured back based on mediocre Combine metrics hasn’t historically lead to enhanced value.

Similarly to featured backs, the bench press and 40-yard dash have largely been overrated when it comes to predicting fantasy production for space backs: 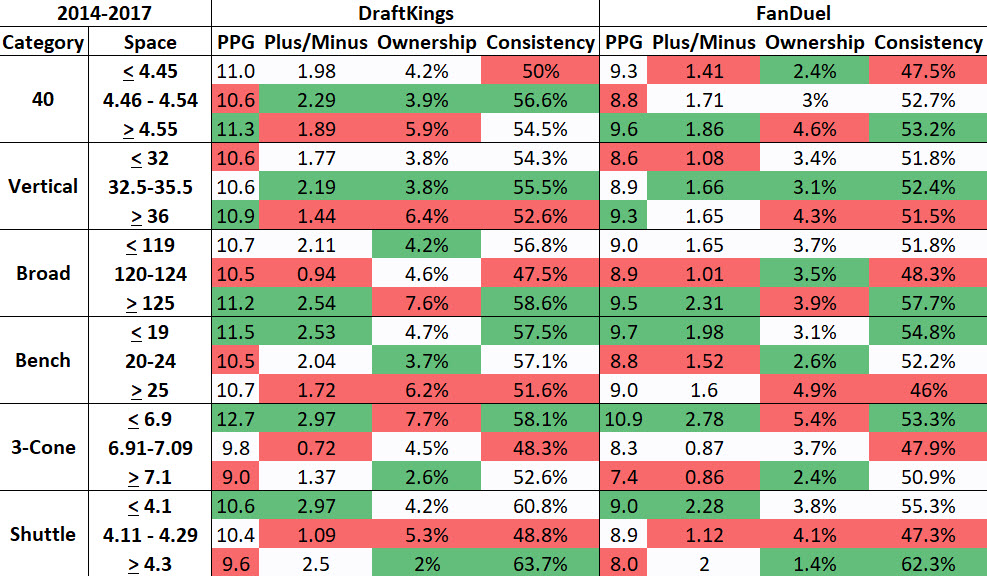 The most productive and valuable space backs have crushed the jumping and agility drills, while the least productive ones have mostly performed poorly in the three-cone and shuttle. The data is pretty straightforward here, as these passing-down backs need to be quick and explosive to cause mismatch problems against slower linebackers.

We probably shouldn’t put much weight behind the heightened consistency among the slower group of backs in the shuttle, as that consistency hasn’t come with much value or production compared to the top-tier group.

Middling backs haven’t offered much value or production across the board, perhaps indicating the league’s moderately gifted backs don’t possess the same upside in receiving-heavy roles as some of its twitchier athletes or backs that have overcome more severe athletic limitations.

As we’ve seen in past studies, run-first backs haven’t offered much production or value regardless of the variable, and the results are mostly all over the place: 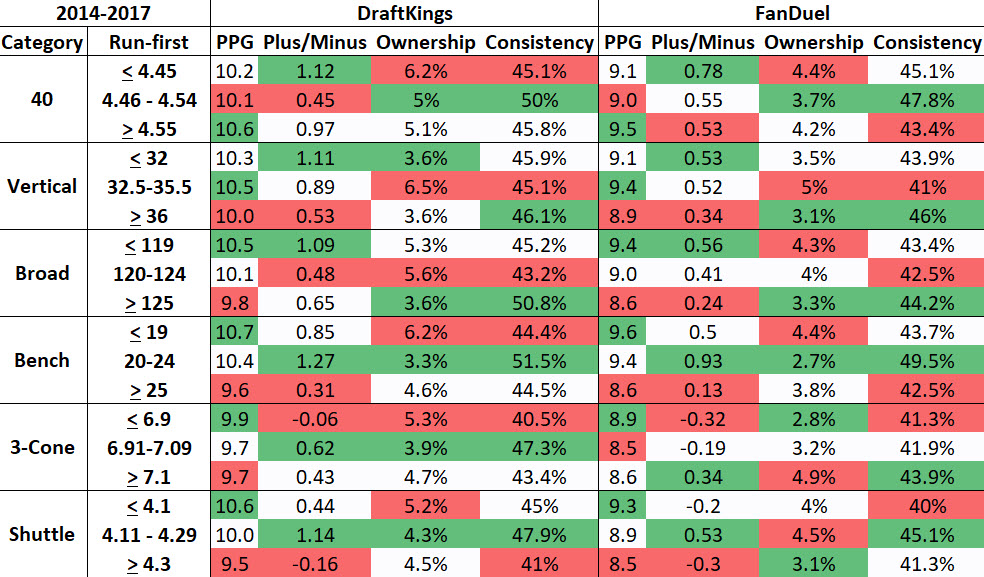 If a running back stands out among his pears in terms of athleticism and jumping ability, that player likely won’t be confined to a run-heavy role. Of course, productive freaks like Adrian Peterson never quite figured out the whole receiving thing, but today’s NFL teams strive to feature their top athletes in the passing game.

Have more questions about DFS running back value? You can use our tools to research different types of backs yourself, and be sure to check out The Action Network for more in-depth NFL analysis.