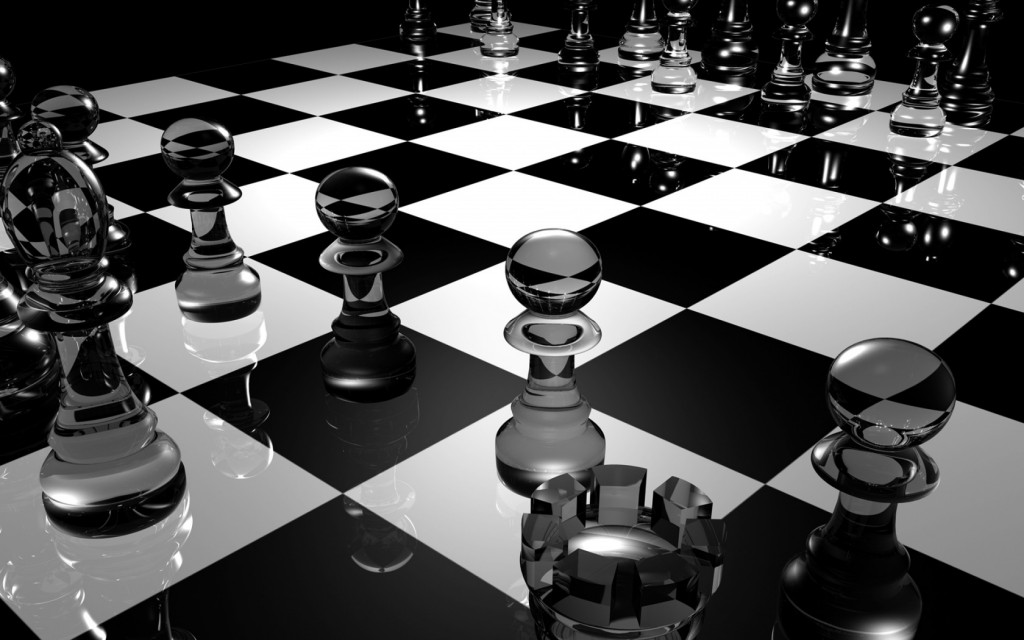 Update (9/6/16): Game theory in DFS centers around predicting ownership, which has become even more vital in NFL since FanDuel removed their Thursday ownership percentages. Check out our new ownership projections to help you create profitable contrarian daily fantasy sports lineups.

One of the reasons I think daily fantasy sports aren’t capable of being “beaten”—that is, there’s no single optimal strategy that will always work—is related to the idea that sports games aren’t determined. The variance ultimately means that you can’t act with 100 percent confidence and not only is it smart to question your beliefs and incorporate uncertainty into your decisions, but it’s also a vital aspect of becoming long-term profitable.

To exemplify this, let’s assume the opposite—that baseball, for example, is completely predictable. If the game had no inherent variance and we were capable of predicting outcomes with perfect precision, there would be absolutely no incentive to go against the crowd; even if a player were in every single lineup, you’d have no reason to move away from him because doing so would decrease your point total (with 100 percent certainty).

However, we’re clearly working with imperfect information here as we can’t predict games and player performances with total accuracy. And the level of precision we can actually acquire is a crucial component of determining how much we should seek pure value (placing emphasis on player projections and salaries) and how much we should be contrarian and move away from the herd.

And for the most part, the herd gets things right. When a player is in 50 percent of lineups on DraftKings, for example, it’s very likely that he’s indeed a quality value. When a player is in just 1-in-100 lineups, he’s probably not a sensational value. So in a vacuum, we’d probably maximize projected points by using the highest-owned players each day (if we could predict that…more on that later).

But here’s the crucial aspect of daily fantasy sports that I think so many people overlook—and a major reason embracing randomness and employing game theory is so vital: we’re not always trying to maximize projected points. That’s a really vital idea and component of my approach to daily fantasy sports—a keystone to a lot of my philosophies and strategies. The goal isn’t to maximize points, but to maximize win probability (and ultimately profit).

Of course, scoring a lot of points is a good thing—you’re never going to win an MLB tournament with a score of 80—but points are simply a means to an end; sometimes maximizing projected points is the best way to increase win probability (like in cash games), but sometimes not (like in tournaments).

To hash out this concept in greater detail, here’s an article I wrote detailing why game theory is so valuable as a decision-making tool:

You’ve been kidnapped and forced to take part in a cruel game that involves guessing at random which of Antonio Cromartie’s children I’m thinking of—a boy or a girl. As of the time of this writing, Cromartie reportedly has 12 kids. What is he Catholic? Just kidding Catholics.

I can’t really find accurate information on the sex of Cromartie’s children, but I know he has at least five boys. We’ll say he has five boys and seven girls. We’ll also say that three of the children are named Jagger, Mar-Qis, and Jerzie, respectively. In reality, two of those names are the kids’ real names, which doesn’t have anything to do with this game, but wow.

So you know that 58.3 percent of the kids are girls and you’re asked to randomly guess the sex of the child who is in my head. After one child is used, he/she is eliminated and we move to the next one. What’s the best strategy for you to make the most correct guesses?

The answer is ‘it depends.’ It depends on if you’re competing with another person. If not, you obviously just want to select the sex with the greatest number of remaining children. That would necessitate guessing ‘girl’ for at least the first two children. Over the long run, that’s the best way to optimize your guesses (in the same way that, if you’re trying to pick the most games correctly in the NCAA tournament, you should pick only the favorites).

However, let’s say that you aren’t competing alone. Instead, you’re facing nine other challengers. The goal isn’t to maximize your own success rate, but rather to beat everyone else. Now what’s the proper strategy? You can optimize your projected correct answers by using the same strategy as if you were guessing alone, but you can bet that all or at least most of the field is going to use that approach as well.

Knowing that you’re competing versus a group of decision-makers just like you, you should actually deviate from the “optimal” choice, at least part of the time. If you were to select ‘boy’ with one of your first two choices, for example, you’d most likely be wrong. But if you get it right, the payoff would be much greater than if you were to select ‘girl’ and be correct. Assuming the other nine competitors select ‘girl,’ you’d immediately gain an advantage over the entire field.

From there, your strategy would be dictated by a number of things, but the point is that doing what’s optimal in a vacuum isn’t always the best maneuver when you’re competing with other minds.

This thought experiment applies directly to tournaments in daily fantasy sports. When competing against hundreds/thousands of other users, there’s a major incentive to go off the map and create a unique lineup. It isn’t optimal in theory, but in practice, the advantage to be gained is huge.

This can be broken down mathematically pretty simply. Assume you’re choosing between a running back projected at 15 points (RB1) and one at just 13 points (RB2). In a heads-up game, for example, you should side with RB1 and his superior projection. There’s not much value in being contrarian against just one opponent.

In a tournament, though, it comes down to usage rates. You can’t know usage for sure, but let’s say that you know RB1 is going to have much higher utilization than RB2. We’ll say 40 percent versus 10 percent. If RB1 has a big game—let’s say 20 points—you’d gain an advantage over 60 percent of the field, but you’d still need to compete with 40 percent on even footing. Compare that to RB2; if he goes off, you’d need to compete with just 1-in-10 other users on an even playing field.

That difference—a field that’s one-fourth the size—suggests RB2 is the superior play unless you believe that RB1 is more than four times as likely as RB2 to give you production necessary to win a tournament; again, we’ll call that 20 fantasy points in this scenario.

Now is any running back out there who scores 15 points, on average, four times as likely to go off as one projected to score 13 points? Probably not.

What we need to be concerned with in tournaments isn’t just the probability of a player performing as expected, but also the rewards you can reap from being correct.

Again, the math: the running backs’ value is equivalent to C(P), where ‘C’ is the chances of hitting their ceiling and ‘P’ is the probability of winning if they perform at that level. RB1’s value would then be 0.25(0.2), or 0.05, whereas RB2’s value would be 0.15(0.5), or 0.075. In this scenario, RB2 would offer around 50 percent more usable value than RB1—i.e. a 50 percent greater chance of being in the winning lineup (on a per-lineup basis)—despite being worse value in terms of strict dollars-per-point.

The moral of the story: what’s optimal in theory can change when you add competitors. You want to score a lot of points, yes, but the real goal is to maximize the probability of winning. The easiest way to do that in big tournaments is to balance value with low expected utilization.

Another quick example. I was playing Mario Kart the other day (by ‘other day,’ I actually mean like, no lie, probably 15 years ago) and I was racing a friend to the finish line. I had a choice to drive straight to the finish line (and thus “optimize” my finishing time) or steer slightly to the right to grab a question mark thing. I chose the latter because I figured it would give me a weapon that would allow me to overcome the time lost from going to grab it; in effect, I traded in a bit of time (equivalent to projected fantasy points) in order to increase my edge over my opponent (improving my win probability).

Another way to look at this idea is to consider situations in which you’ve been trailing in a tournament. When you’re in, say, 50th place in a big GPP with two players remaining, it certainly feels a whole lot better if those guys aren’t in lineups ahead of you, right? If there are multiple lineups ahead of you with the same players left to go, you have no shot at winning. At that point, you’d certainly trade in those two players for a pair that is unique and gives you a shot at the win, even if they’re slightly less valuable, right? Of course. Being contrarian leads to less fantasy scoring over the long run, but it also gives you more “outs,” so to speak, in the event that you need to jump other users (which happens almost all the time in a GPP). If pulled off correctly, it can maximize your win probability, which we can all agree is more important than how many points you score.

There are times when we can have our cake and eat it too, acquiring high-value players who are also low-usage. In fact, I’d never recommend being contrarian just for the sake of it, picking off-the-map players with no rhyme or reason. However, the overarching idea is that we need to balance value with usage rates, using game theory to determine which players provide not only the greatest traditional value in terms of dollars-per-point, but also those that offer maximum usable value in terms of increasing the odds of winning.

In short, others’ decisions in a marketplace setting are arguably the most important component in determining what’s optimal for you.