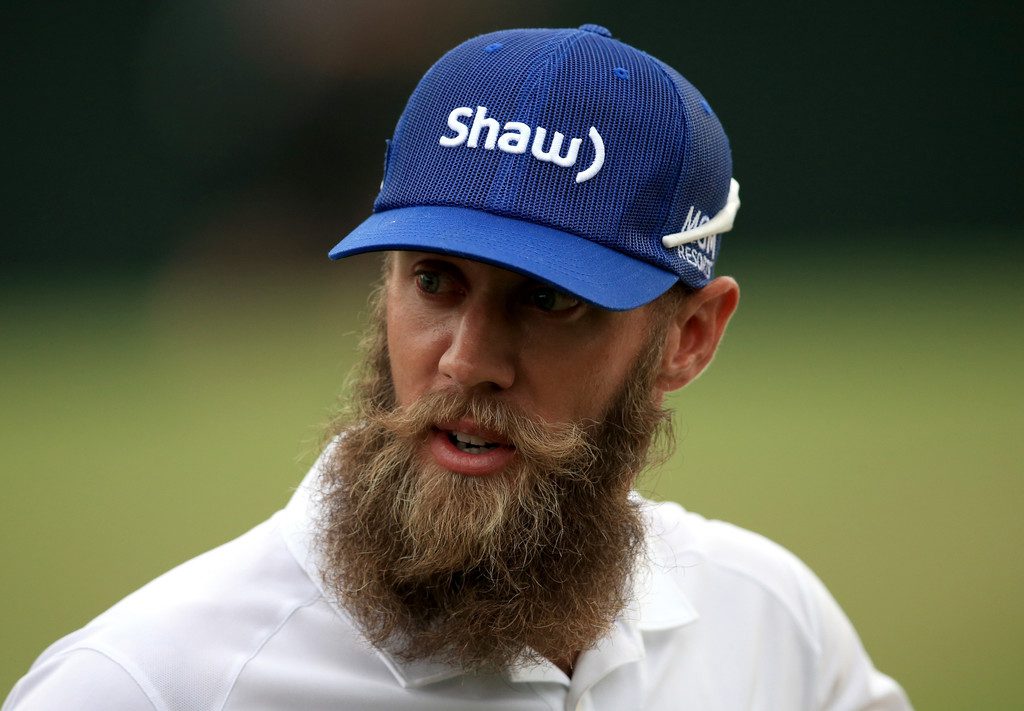 FantasyLabs is a data company. With our Trends tool and Player Models, you can leverage our advanced statistics and premium exclusive metrics to identify players to use in your daily fantasy sports lineups.

Each week, our Data Dive articles use 10 of these metrics to highlight notable players for the week’s PGA DFS slate.

Despite not playing well recently — and by “not playing well” I mean “not winning any of the last four tournaments he’s played in” — Day continues to maintain the best overall Long-Term Adjusted Round Score (LT Adj Rd Score).

With both his 16.8 LT Birdies Average and 0.7 LT Eagles Average, Day is tied with super-human Dustin Johnson for the top spot in the field.

Fitzpatrick and Aiken share an identical LT Greens in Regulation (GIR) mark of 72.2 percent, best in the field. They are two of only five golfers at the tournament with a percentage above 70.

Golfers with comparable LT metrics have historically provided a +2.14 Plus/Minus on DraftKings with 52.5 percent Consistency.

Knost leads the field in LT DA and carries the 11th LT Adj Rd Score at 70.

His Recent Adj Rd Score of 69.1 is tied for sixth. Before missing the cut at the Open Championship, Knost had three top-five finishes in five starts.

Many believe Par-5 scoring will play a big role on DraftKings this week, and Knost has excelled in that area. His -3.8 LT Average Adjusted Par-5 strokes (Avg Adj Par-5) is tied for fourteenth and his Recent Adj Avg Par-5 of -5.0 ranks eighth.

Players with similar LT metrics have a modest +0.68 Plus/Minus on DraftKings.

The only player in the field with a LT SC percentage higher than Day’s is Kelly. His 70.4 percent LT DA is fourth-best, behind Knost, Aiken, and Justin Leonard’s marks.

Kelly’s 70.4 LT Adj Rd Score is tied for 15th in the field, but his Recent Adj Rd Score of 72.6 is the eighth-worst score overall. Kelly has missed four straight cuts and five of his last six.

Kelly missed the cut at this event last year but finished fifth in 2009.

Kizzire made the cut last week in his Open Championship debut.

Over the past month and a half, Johnson has been the best golfer on the planet, as evidenced by his 66.4 Recent Adj Rd Score. Third at the Memorial, fifth at the St. Jude Classic, back-to-back wins at the US Open and WGC-Bridgestone Invitational, and a ninth-place finish at the Open Championship — that’s pretty freaking impressive.

DJ’s field-leading 321.4-yard Recent DD and 10th-best 70.5 Recent GIR percentage will set him up with plenty of scoring opportunities around this track.

Johnson finished second at this event in 2013 and withdrew in 2008.

And it’s not just the Recent GIR that’s impressive. DeLaet’s 80.4 Recent DA is also first in the field, as is his Recent Birdie Average of 20. His 70.6 percent Recent SC is third and his 69.2 Recent Adj Rd Score is tied for 13th.

The 13 previous golfers who have had comparable Recent metrics delivered a juicy +9.98 Plus/Minus on DraftKings with a massive 84.6 percent Consistency.

Kim and Crane share the top spot for Recent SC at 74.1 percent. They also sound like the people you call after an auto accident.

Golfers with comparable metrics have hurt previous owners with a -4.02 Plus/Minus on DraftKings.

For what it’s worth, golfers priced above $12,000 with Odds to Win greater than 15 percent but under 20 percent have lit previous money on fire with a -12.43 Plus/Minus on DraftKings.

Kuchar, on the other hand, has 6.7 percent Odds to Win and is priced at $10,600. Golfers with similar salaries and Odds to Win have also frustrated owners with an average -1.68 Plus/Minus on DraftKings.

However, 53.3 percent of these golfers have met or exceeded their salary-based expectations, including Phil Mickelson, who had a +13.92 Plus/Minus at the Scottish Open two weeks ago.

Because Graham DeLaet’s beard deserves all the attention it can get.

I’m tempted just to write, “He’s f*cking DJ, man” and drop the keyboard, but I’m pretty sure that my editor would like a bit more and my keyboard might break.

Johnson has four more Pro Trends than Day and five more than Kuchar, the only other golfers with double-digit Pro Trends.

One of Johson’s most profitable Pro Trends is “Long-Term Driving Distance Score At Least 75,” historically producing a +2.39 Plus/Minus on DraftKings.