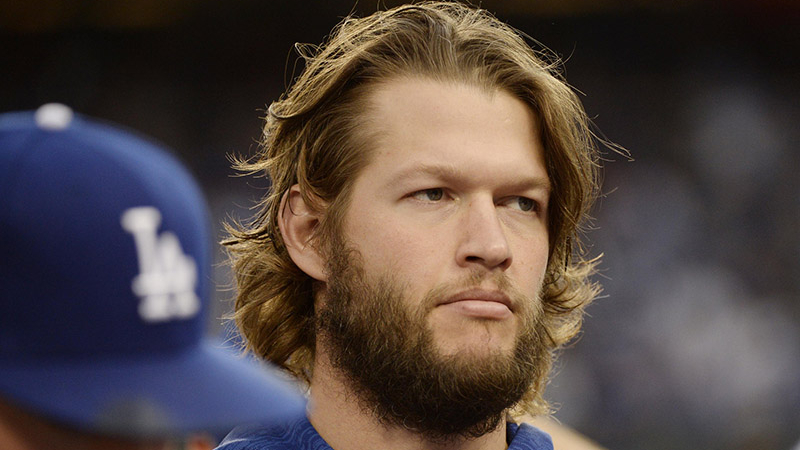 On DraftKings, there are just two pitchers who cost $10,000 or more — and they are facing each other:

Clayton Kershaw (biceps) is making his first start since May 1. Manager Dave Roberts stated that he thinks Kershaw is “fine to go deep” in his start. Before his injury, Kershaw was having a very un-Kershaw-like season.

That said, Vegas is a believer in Kershaw, as the Phillies are implied for a slate-low 2.9 runs, and the Dodgers are -153 moneyline favorites. Overall, it’s a good spot for him: He owns a 7.5 K Prediction against a projected Phillies lineup that has a 27.9% strikeout rate and .307 weighted on-base average (wOBA) against lefties over the past 12 months. Kershaw has averaged absurdly high ownership at home, where he has historically dominated (per our Trends tool):

We will want to pay special attention to his ownership and performance as he returns from injury. If he can bounce back to his vintage form, there should be nothing to worry about.

If Aaron Nola weren’t pitching against Kershaw, the Dodgers would likely have better odds. Nola could make for an intriguing tournament play, as he’s tied with a slate-high 8.1 K Prediction, and the Dodgers’ 3.6-run implied total isn’t prohibitive. That said, he has a middling matchup: The projected Dodgers lineup owns a 24.9% strikeout rate and .328 wOBA against righties over the past year, and the Dodgers rank 16th in weighted runs created plus (wRC+) per FanGraphs. Overall, Nola has been solid this season, averaging a +4.30 DraftKings Plus/Minus with 55% Consistency, but all of his huge outings this season have come at home, while he’s struggled on the road:

In fact, dating back to 2015, Nola has historically struggled on the road:

Jose Quintana owns an excellent 72% Bargain Rating on DraftKings, but he’s also a solid value on FanDuel for just $8,300. Quintana and the Cubs are set to take on an underwhelming Mets team whose projected lineup owns a 25.8% strikeout rate and .304 wOBA against lefties over the past 12 months. The Mets are also dead last in wRC+ against lefties this season. Furthermore, Quintana owns a stellar 8.1 K Prediction, the Cubs are -163 moneyline favorites, and the Mets are implied for just 3.5 runs. Historically, pitchers with comparable salaries ($7,300 on DraftKings), K Predictions and Vegas data have been fantastic value plays:

A possible punt option could be Wade LeBlanc, who costs $5,500 on DraftKings and $6,500 on FanDuel. While LeBlanc doesn’t have much strikeout upside (4.6 K Prediction), the projected Rangers lineup does own a high 27.4% strikeout rate and paltry .309 wOBA against lefties over the past 12 months. The Mariners are also -152 moneyline favorites, and the Rangers are implied for 3.6 runs. Pitchers with comparable salaries, K Predictions and Vegas data have historically averaged a +1.08 DraftKings Plus/Minus. 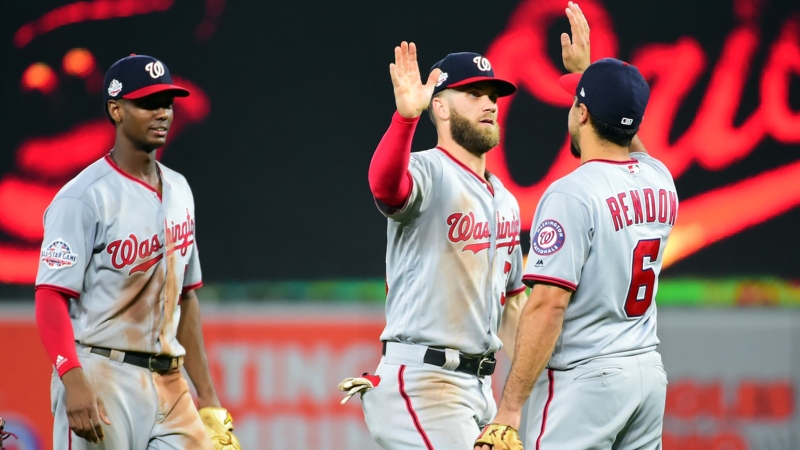 MLB Public Favorites Are On A Historic Roll

Sean Newcomb: The Braves are slight favorites (-115 moneyline odds), and Newcomb owns a serviceable 6.3 K Prediction, as the projected Nationals lineup has a 26.2% strikeout rate against lefties over the past 12 months. The main concern with Newcomb is that walks can get him into trouble (1.43 WHIP over the past 12 months), and the Nationals have a decent .330 wOBA against lefties.

Lance McCullers: The Astros are the largest favorites on the slate (-196 moneyline odds), and the Red Sox are implied for a mediocre 3.8 runs. However, the matchup is still difficult, as the projected Red Sox lineup boasts a 20.9% strikeout rate and .338 wOBA against righties over the past 12 months. Boston also ranks first in wRC+ against righties this season.

Jake Flaherty: The Cardinals are solid -155 moneyline favorites at home against a Pirates team implied for a mediocre 3.8 runs. Flaherty has done a great job at limiting hard contact (20% hard-hit rate) over the past 15 days. He’s a better price-sensitive play on FanDuel, where he costs $7,700. Historically, pitchers with comparable salaries, Vegas data and K Predictions (6.4) have averaged a +2.73 FanDuel Plus/Minus. The primary concern with Flaherty is that the projected Pirates lineup owns a low 12-month splits-adjusted 22% strikeout rate, which could limit his upside.

With the Lineup Builder, it’s easy to incorporate stacks into DFS lineups. The top five-man DraftKings stack in the CSURAM88 Model belongs to the Yankees, who are implied for 6.0 runs:

One of the top four-man FanDuel stacks in the CSURAM88 Model belongs to the Astros, who are implied for 5.4 runs:

The Astros are set to square off against Red Sox pitcher Drew Pomeranz, who has struggled of late, averaging a -7.01 FanDuel Plus/Minus with 25% Consistency over the past month. Meanwhile, Alex Bregman over his past 10 games has averaged a +5.62 FanDuel Plus/Minus with 60% Consistency. Moreover, his Statcast data over the past half-month is great with a 225-foot average distance, 92-mph exit velocity and 41% hard-hit rate. He’s also on the positive side of his wOBA and ISO splits with a .379 wOBA and .214 ISO against lefties over the past 12 months. Historically, hitters with comparable Statcast data and implied run totals have averaged a +2.04 FanDuel Plus/Minus.

Matt Carpenter continues to swing a hot bat, averaging a +5.19 FanDuel Plus/Minus with 60% Consistency over his past 10 games. Thursday offers a solid spot for the Cardinals, as they’re implied for 4.8 runs versus Pirates righty Trevor Williams. Carpenter is on the positive side his wOBA (.368) and ISO (.231) splits over the past 12 months and has obliterated the baseball over the past 15 days with a ridiculous 264-foot average distance, 98-mph exit velocity and 65% hard-hit rate. All of those metrics over the past 15 days represent positive differentials when compared to his 12-month averages — by a lot.

Edwin Encarnacion and the Indians are implied for 4.8 runs against Twins pitcher Jake Odorizzi, who has had some decent outings this season but tends to give up the long ball, as evidenced by his slate-worst 1.99 HR/9 over the past 12 months. Further, Odorizzi has allowed a 241-foot recent average distance with a massive 61% fly-ball rate over the past 15 days. Meanwhile, Encarnacion boasts a 235-foot average distance with a stellar 92-mph exit velocity and 40% fly-ball rate. He also sports an excellent .385 wOBA and .275 ISO against righties over the past 12 months.

A possible progression candidate is Chris Davis, who owns a massive +81 Recent Batted Ball Luck (RBBL) and costs just $2,800 on DraftKings and $2,400 on FanDuel. Davis has been awful this season, averaging a -2.18 DraftKings Plus/Minus with 30% Consistency, but his Statcast data over the past 15 days is great with a 236-foot average distance, 92-mph exit velocity and 52% hard-hit rate. His average distance and hard-hit rate are both well above his 12-month averages. Historically, hitters with comparable RBBLs, Statcast data, salaries and implied run totals (4.6) have averaged a +1.60 DraftKings Plus/Minus.