What the Josh Gordon Trade Means for His Fantasy Football Value, Betting on Patriots

The move comes after Gordon reportedly showed up late to a meeting on Saturday with a new hamstring injury that he suffered at a promotional shoot a day earlier — the latest example of the highs and lows that the Browns have had to deal with since selecting him in the 2012 supplemental draft.

So, what fantasy football and betting implications does the Gordon trade have?

First, it’s worth noting that the former first-team All-Pro receiver has the on-field talent to hang with the game’s elite at receiver, but Gordon has played in only 41 of a possible 98 games since entering the league. So any conversation about Gordon’s future comes with the usual disclaimer that another off-field issue could instantly wipe out his fantasy stock.

Still, it’s hard not to get excited about what Gordon is capable of with Tom freaking Brady and the Patriots.

>> All odds as of 11 a.m. ET. Download The Action Network App to get real-time MLB odds and track your bets

Gordon is as talented as any receiver the NFL has seen

Critics would label Gordon a disappointment if his career ended today due to a perceived “waste” of talent. There’s no doubt that Gordon hasn’t achieved everything he’s capable of, but he’s also largely dominated anyone and everyone over his (limited) time on the field.

Gordon is one of only 11 receivers to average at least 75 receiving yards per game since the 1970 AFL-NFL merger (minimum 16 starts). Every other receiver in that category is an objectively elite player.

His nickname is “Flash” Gordon for a reason.

While we haven’t seen the best version of Gordon in quite some time, he still demonstrated plenty of big-play and scoring ability over his past six games with the Browns.

Even when Gordon looks like he’s covered, he’s not.

Gordon’s latest hamstring injury obviously isn’t good for his chances of immediately receiving a full game’s worth of snaps, but Schefter also reported that Gordon is healthy enough to play Sunday in Detroit.

Gordon is the Patriots most-talented receiver

And yet, there’s a good argument that Gordon is the most-talented non-quarterback on the Patriots’ entire roster. The 6-foot-3, 225-pound alpha offers as much speed and more size than any other receivers on the active roster. He figures to immediately slide into three-receiver sets across from Dorsett with Hogan in the slot.

Rob Gronkowski and the Patriots’ plethora of running backs will continue to be involved in the passing game, but the Patriots haven’t had a receiver as naturally talented as Gordon since Randy Moss. 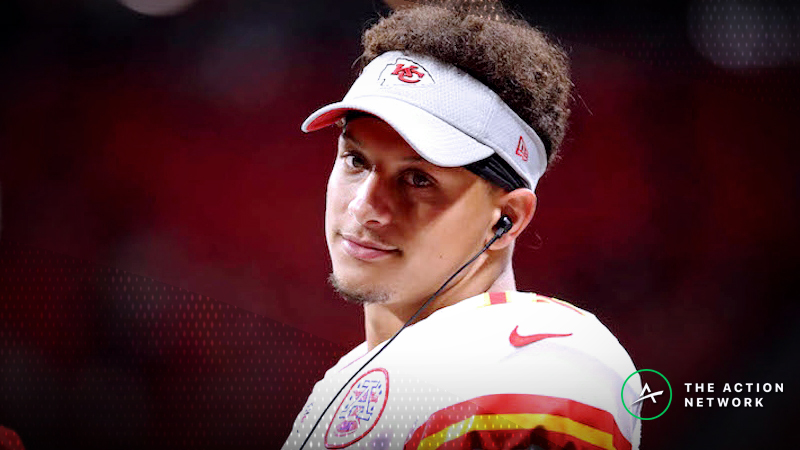 The ceiling is the roof for Gordon in New England

Brady has consistently fielded fantasy-friendly passing attacks for his wide receivers over the years and has produced at least one top-25 fantasy receiver in each of his last 10 seasons.

The Patriots’ combination of Moss and Wes Welker from 2007-09 is maybe the closest comparison we have to Gordon and Edelman.

I mean, Brandon freaking LaFell was the WR27 in 2014. So what on God’s green Earth is Gordon capable of with Brady?

There’s still plenty of uncertainty surrounding Gordon’s health and regarding his role in the Patriots offense. His presence isn’t likely to move New England’s season-long odds much — if at all — considering that the Pats are presently the odds-on favorites to take home each and every title (per Bovada).

Best of luck to Gordon on his continued recovery and future in the league — and Lord have mercy on opposing defensive coordinators throughout the league.

Devonta Freeman & Tevin Coleman: Can They Continue to Co-Exist?