DraftKings served the fiends by dropping Week 1 pricing a week before August.

A lot will change between now and the regular season, but here are 10 players who stand out.

Who knew Future had a hand in the DraftKings pricing algorithm? Last season’s QB2 in points per game had his receiving corps gutted, but he doesn’t deserve to find himself priced lower than the likes of Marcus Mariota, who threw two more picks than touchdown passes in 2017. Wilson still has Doug Baldwin and he still has his legs. The Broncos finished last season with a slightly negative Opponent Plus/Minus and should be an above-average pass defense once again, but per our NFL Trends tool, Wilson averages 20.93 DraftKings points and a +2.52 Plus/Minus since 2014 against teams with negative Opponent Plus/Minuses. 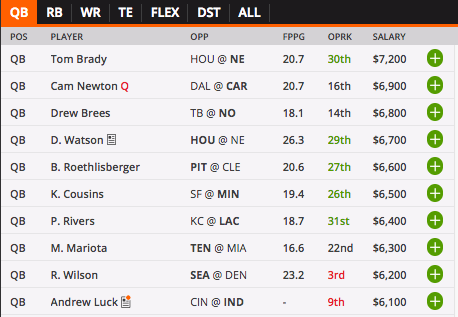 The Jimmy G hype train will have a lot of empty seats for a road date with a vaunted Vikings pass defense that finished No. 4 in DVOA and No. 5 in Opponent Plus/Minus. But use the Trends tool to filter by quarterbacks who averaged 7.5-plus adjusted yards per attempt, and the Vikings allowed a +2.24 average Plus/Minus — and that’s not even counting the +14.71 they allowed to Nick Foles and the Eagles in the NFC title game. Meanwhile, four of Garoppolo’s five starts last season came against teams with negative Opponent Plus/Minuses, and he was able to post a +1.65 mark — at only 3.4% ownership. 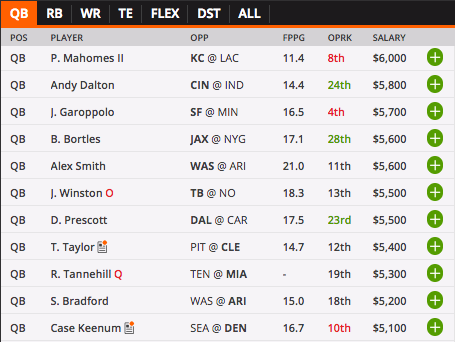 Gordon finished the year hogging 20-plus touches in eight straight games and faces a Chiefs defense that got wrecked for the NFL’s worst mark in rushing DVOA. 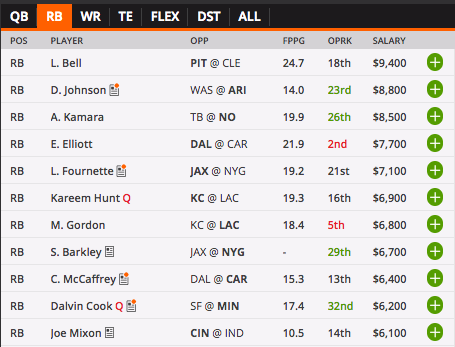 Disturbing allegations may land him on the exempt list, but he’s priced $1,000 lower than at any point last season, which greatly understates his value if he’s on the field. 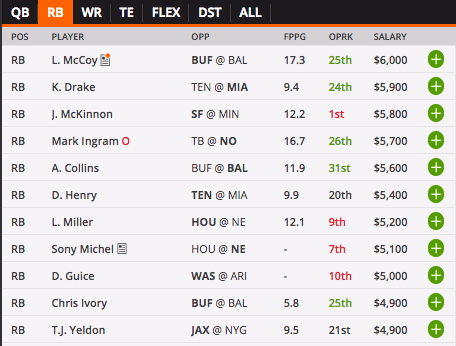 Undervalued white guy on the Patriots, Exhibit A: Burkhead averaged 11.9 points per game and a +1.99 Plus/Minus while hitting value 64% of the time in a three-way committee last season. He’s now the favorite for goal-line work for a Patriots team in Foxborough with one of the highest implied totals on the slate. 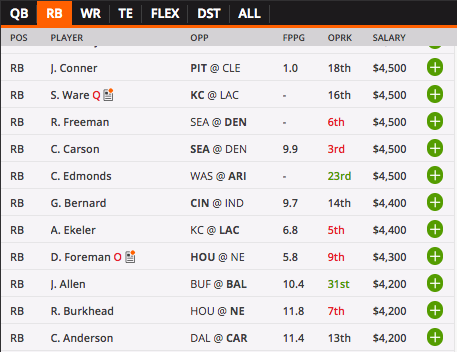 Undervalued white guy on the Patriots, Exhibit B: Tom Brady‘s de-facto No. 1 wideout led the team in red zone targets and was 16th in the NFL in air yards through eight weeks before a shoulder injury ruined his season. 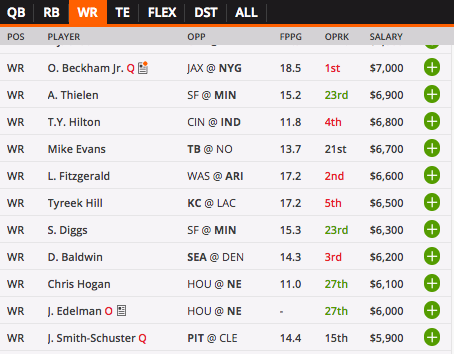 This price accounts for the season-long risk of him getting litty again, but severely underestimates his weekly upside. Flash fell out of bed to hit value in 60% of his games last year while overcoming since-banished pass-sailer DeShone Kizer. 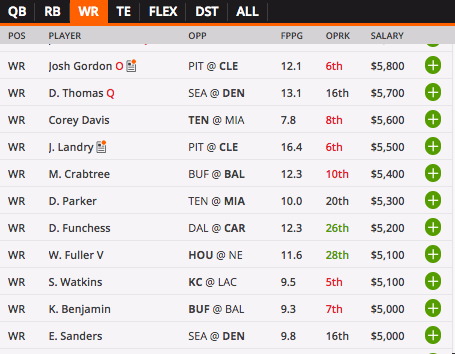 As it stands, whoever plays nickel corner for Arizona will have played a max of 11 snaps last season (Bene Benwikere). 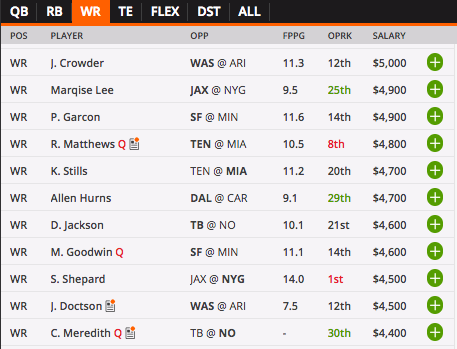 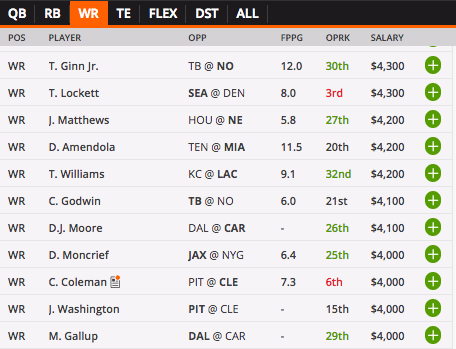 Will break pricing if he can manage to not break himself first. 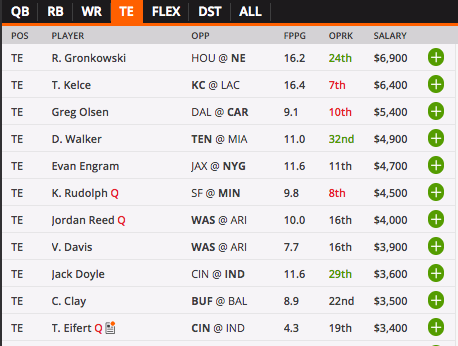 Be sure to check out our NFL Models (now with three-peat No. 1 ranker Sean Koerner’s weekly projections), Contest Dashboard, Ownership Dashboard, Correlations Dashboard and more for all your NFL DFS needs, and visit The Action Network for in-depth NFL betting analysis.