Using the Stacking tool found within our Player Models, this piece will identify some of the top stacks of the weekend. Check out our Correlations page as well to find hidden edges in stacking positions and games.

It’s no secret that two games stand out on the main slate, so the public will be looking to stack Bengals-Falcons and Saints-Giants heavily in tournaments. That’s not to say it’s a terrible strategy, but if you build through Chicago stacks first it opens up a ton of lineup construction.

Robinson’s 43% target market share of air yards leads the Bears and currently ranks fifth in the league. Further, only the Saints have allowed more DraftKings points per game (PPG) to the wide receiver position through three weeks so Robinson is clearly one of the most underpriced pass catchers on the slate. Trubisky’s inconsistency pushing the ball downfield is certainly concerning, but his 21.3 rushing yards per game are ninth-highest at the position and give him a solid floor. 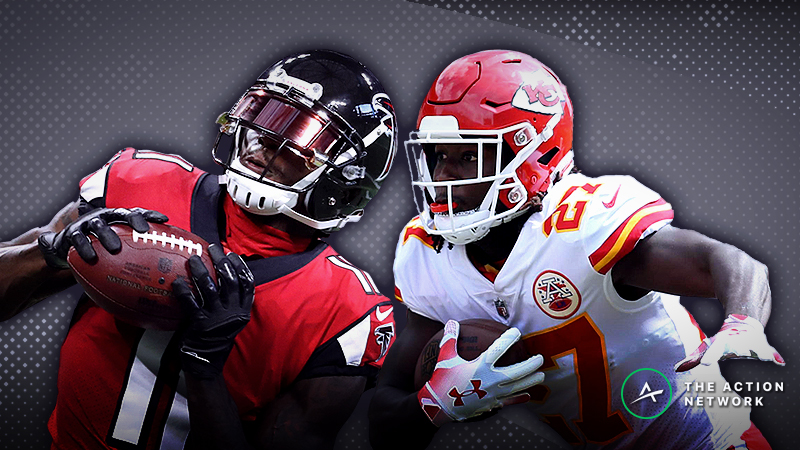 San Francisco is more of a pass-funnel to start the year, ranking 29th and eighth in pass and run DVOA, respectively (Football Outsiders). Regardless, Gordon’s role remains one of the most voluminous in the league. His role at the goal line is especially enticing in a game that the Chargers are 10.5-point home favorites as of writing (see live data here).

I talked about the Chargers’ defense in the Week 4 Defense and Special Teams Breakdown, and the Joey Bosa-less unit will be taking on a 49ers team that has the sixth-worst pass-blocking unit according to Pro Football Focus. C.J. Beathard is also slightly above average at taking sacks (2.7 per game) and throwing interceptions (1.9) over the past year.

Kamara’s 12.7 targets per game are pretty tough to fade considering he’s added an average 12.3 rush attempts as well through three weeks. The problem is, it’s not easy to stack Drew Brees–Michael Thomas-Kamara and build a solid team from there unless some more value opens up throughout the week.

The next-best thing could be to stack the other side of this game, which has the second-highest over/under (50.0) on the main slate.

The Saints have allowed the most DraftKings PPG to quarterbacks (34.6) and wide receivers (66.3). Beckham will run the majority of his routes against Marshon Lattimore, but like Julio Jones last week (or maybe not), that is still a matchup he can win. The true beneficiary is probably Shepard in the slot, with Evan Engram expected to miss 2-4 Weeks after a knee injury. New Orleans is dead last in the NFL in defending No. 2 wide receivers, per DVOA. 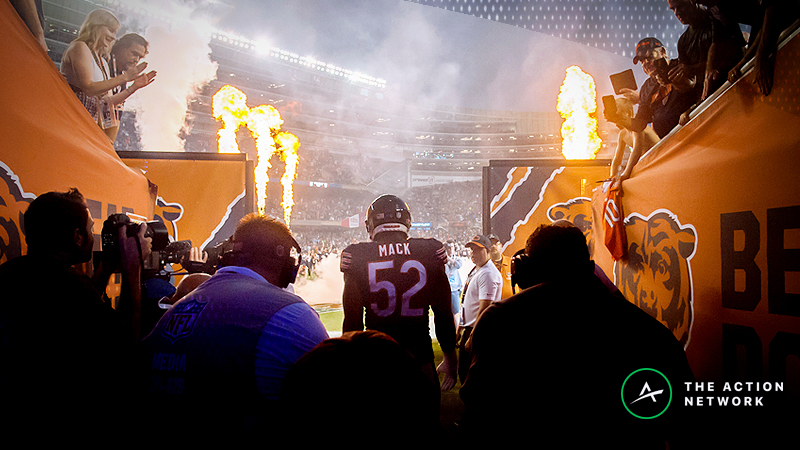 The Bengals own the seventh-highest passing play percentage in the league at 66.3%.

A.J. Green was limited in practice on Wednesday, so that could open up an even larger target share for Boyd who went off for a 6-132-1 stat line in Week 3. His price on DraftKings moved from $3,700 to a still palatable $4,600.

People are probably aware by now that the Falcons’ defense gets eviscerated by pass-catching receivers, but ownership is probably not a valid reason to fade Bernard this week. Kamara and Christian McCaffrey racked up 15 and 14 catches, respectively, over the last two weeks.

Nothing particularly enticing stands out in Jones’ matchup this week. The Bengals are above average against the pass and have the seventh-highest rated pass rush in the NFL through three weeks (PFF). After busting as the clear wide receiver chalk in his price range last week, Jones’ 79% leverage score is something I’m definitely interested in for game stacks if the public has any qualms about paying up.