Why ‘Best Player Available’ Is a Shortsighted NFL Draft Strategy 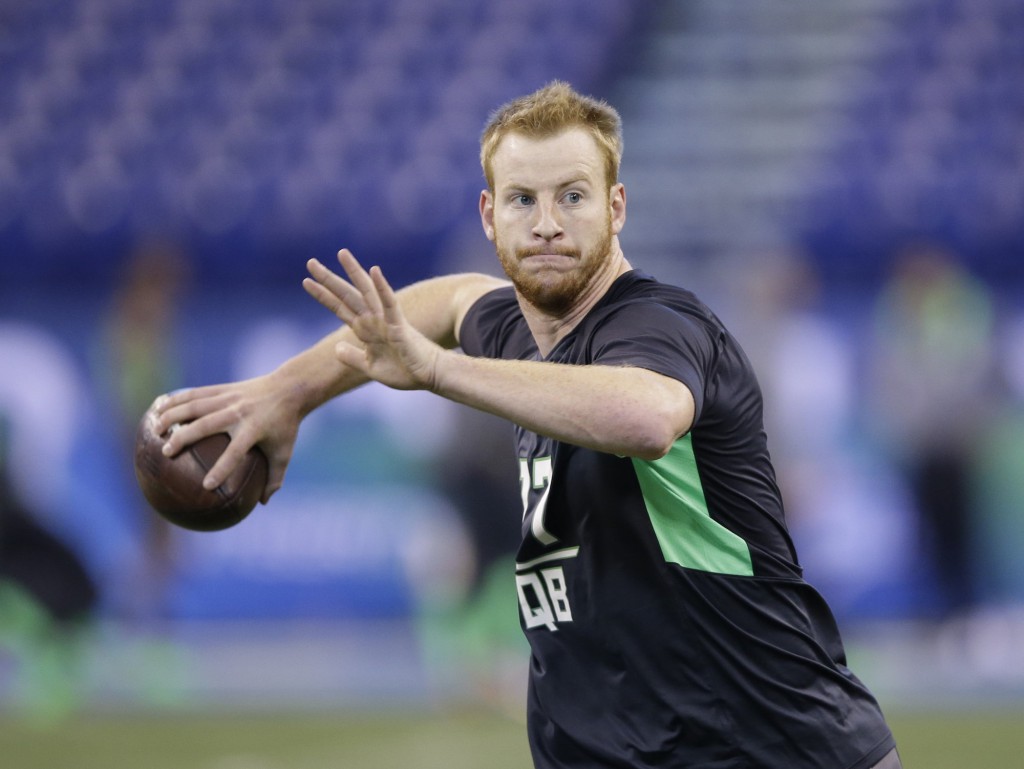 This post isn’t going to be directly related to daily fantasy sports, although I do think it will have indirect applications, primarily concerning how we should treat uncertainty.

Basically, I believe teams (and DFS players) act incredibly overconfident. We just saw this with the Eagles, who traded away a fortune for the right to select a quarterback who – regardless of how you rate him (I’m assuming it’s Wentz, but you can sub in Goff if you’d like) – nearly everyone agrees almost certainly isn’t a once-in-a-generation or even a once-in-every-few-years type of prospect. Basically, Philly put themselves in a position in which they need this player to be as good as they think he is simply for the trade to be worth it for them. If he’s amazing, they break even, and if he sucks ass, they’re screwed.

This has implications on how teams select players and whether or not they implement a “Best Player Available” (BPA) draft strategy. BPA is all the rage among most draftniks and certainly the majority of scouts. At least publicly, it seems every NFL team also claims “we’re just going to select the top player on our board.” “Be true to your board,” they say.

In most cases, I think teams should, at the very least, use a combination of their board and teams needs (and some game theory) when drafting players. Let’s run over a few hypothetical situations to better show why I think this is the case. Let’s assume you’re drafting somewhere in the back of the first round.

In Scenario A, the top player left on the board is so much higher than anyone else that BPA makes a lot more sense than if the two were rated closer together (as in Scenario B). In that case, following your board makes absolutely no sense because the incremental gain is 1) probably small and 2) uncertain. How confident can you be that the higher-ranked player is indeed superior when they’re ranked so closely together on your board? Probably not that confident.

Yet, for the most part, teams do have a strong understanding of their needs. We know the Cowboys need a pass-rusher and a cornerback. We know the Rams need a wide receiver. There’s not nearly as much uncertainty surrounding team needs as there is with prospect rankings, and it would be foolish to not consider this uncertainty. Based on how teams act, particularly when trading up, it really does seem as though they don’t incorporate any sort of uncertainty into their decision-making; they never ask “What if we are wrong?”

I added in Scenario C just to show that I think game theory plays a role here, too. Note the players have the exact same ratings and “need” designations as in Scenario B, but in this case, the latter player is one on whom the team thinks they’re much higher than others. If they estimate there to be, say, a 50% chance that this player falls to them in Round 2, then it’s probably in their best interest to select the higher-ranked player.

Also related to this concept is the idea of scarcity. If the #22, 23, and 24-ranked players on your board play the same position as #20 and you think one will be available in the second round, that decreases the value of your “Best Player Available.”

I guess the main idea is that of course every team is going to try to select the “Best Player Available,” but we shouldn’t be so shortsighted as to think that always means the player highest on the board. Things like position scarcity, public opinion, and yes, even team needs should be considerations. And, because it assuredly carries the least uncertainty, I think need should be a much, much larger factor for teams than what it seems to be right now. If the draft is close to a crapshoot and you can’t be very confident that player #20 is better than player #21, you might as well take the one that fills one of your team’s immediate needs, which you do know with relative certainty.

I do think there are areas of the draft in which BPA – as in selecting the top player on the board – makes sense. One is at the very top of the draft, where there can be outlier prospects, and the other is near the bottom of the draft, where drafting for need is of less importance when dealing with players unlikely to be starters (and teams should be trying to hit home runs anyway). It’s the middle ground where I think there’s massive potential to screw up, and where I think a BPA strategy makes the least sense.

Over the long run, I believe a “BPA at a Position of Need” approach – with some common sense added in – will outperform blind BPA. We can disagree where on the need/big board spectrum is “optimal,” if there is such a place, but arguing that team needs (and both scarcity and perceived market value) shouldn’t be considered at all is naive.