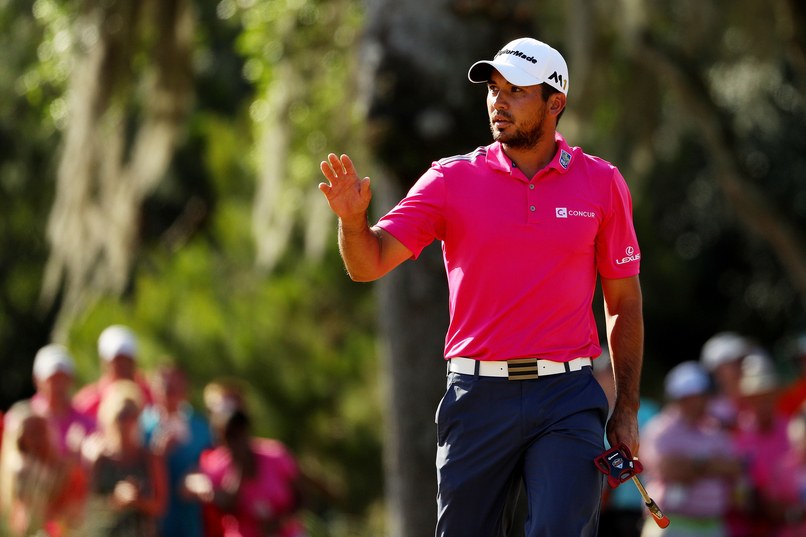 What a brutal week.

Now that I’ve aired my misery, let’s review our decision-making process for The Players.

The PGA Process is intended to review decision-making so that we may improve weekly. Some weeks we will be up and others we will be down, but the main intention is to learn from our successes and failures. 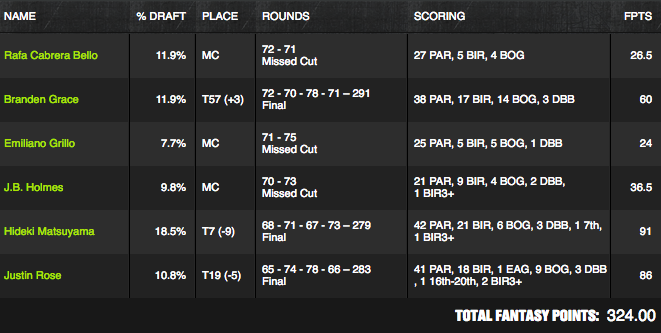 What Went Wrong at The Players Championship

Hopefully you didn’t follow any of my advice in my PGA Recent Form Report last week. Sheesh. No golfer listed in that column made the cut at The Players Championship. At least my recommended play of the week, Branden Grace, played into the weekend.

In all measures, Rafa Cabrera Bello set up beautifully for TPC Sawgrass. He came into the week with the field’s third-best Greens in Regulation percentage (73.7%), which was a key statistic for the week. Additionally, he had three straight top-20 or better finishes on Tour. He missed the cut by one stroke (which is always agonizing) but Cabrera Bello was not a poor play.

After opening up the first 11 holes of the tournament at five under, J.B. Holmes slid to -1 after Round 2 also to miss the cut by one stroke. At just $7,400, Holmes was just too good (Long-Term Adjusted Round Score of 69.2) to pass up at such a palatable price. Holmes entered TPC Sawgrass with 18 straight cuts made and I felt that his Consistency matched with his excellent Long-Term form made him a great play.

Finally, Emiliano Grillo was a mainstay in of all my lineups for The Players Championship. He entered the event hitting over 70 percent of GIR and just under 70 percent of fairways on average. He set up perfectly for TPC Sawgrass but ultimately made just one birdie in the second round while the course scoring average was 0.9 strokes under par. At just $6,700, Grillo was a solid bargain play on a course he fit well. There is nothing we can do about his poor performance.

What Went Right at The Players Championship

I can’t avoid Hideki Matsuyama when he is in the field. Besides one withdraw and a T35 finish, Matsuyama has seven top-20 or better finishes in his last nine events, including three top-10s and one win. Matsuyama’s DK salary never seems to reflect his Consistency and Upside.

I loved Justin Rose at $10,300 as a pivot off of Rickie Fowler ($10,600), whom I expected to have high ownership. Rose entered TPC Sawgrass in Recent Form (Adjusted Round score: 69.1)  nearly identical to Fowler’s (69.2), and I felt that Rose would come in at half of Fowler’s ownership on DK. In a week where everything went sideways, this was one of my few decisions that panned out.

Unlike a lot of really sharp DFS players, I rarely play more than three or four lineups for a given day or week in any sport. I applaud those who can dominate by running 20+ lineups, but I know that I make better decisions when I control my pool of players to a confined few. It doesn’t work for everyone, but I often struggle to do well when I think about exposure instead of sticking to my convictions.

To put this another way: I’d rather feel confident about 12-15 golfers than try to get a bit of exposure to 30-40 golfers. This may not always be optimal — especially in a really strong field like the one we saw at The Players Championship — but I know that this strategy works well for me. One down week should never change The Process.

Once you find a weekly routine that leads to optimal lineups, stick to it. Even when variance calls.

You can read past PGA Process articles here: Wells Fargo Championship and The Zurich Classic.