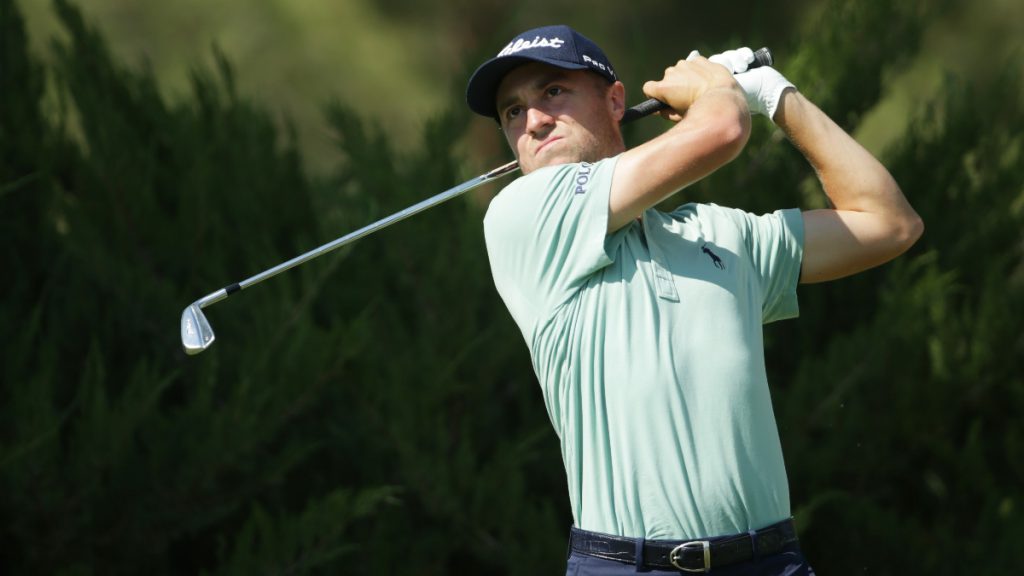 This week the PGA TOUR heads to Thousand Oaks, Calif., as Sherwood Country Club hosts the ZOZO Championship. The course is a short par-72 that measures 7,025 yards with bentgrass greens. Just like last week at TheCJ Cup, this tournament is normally held in Asia but has been moved stateside due to the COVID-19 pandemic. This event will also be of the no-cut variety, so all 78 players in the field will get four rounds of golf.

The purpose of this article is to highlight the best cash game/single-entry plays on the DraftKings main slate; however, these players are great options in any contest type. Also check out Chris Murphy’s course preview.

Note: My forthcoming analysis will frequently reference Strokes Gained, a set of proprietary metrics generated by the PGA TOUR using millions of data points to calculate how many shots on average it takes a player to get the ball in the hole from every distance and situation. There are a variety of Strokes Gained-related metrics, but the six main categories that you need to know include:

For more information on Strokes Gained data and how to use it, check out this article from Bryan Mears on The Action Network, which unpacks each of the above metrics in detail. I also recommend following Murphy’s Strokes Gained columns each week, which highlights golfers to buy and fade following each round of play at that week’s PGA TOUR event, and Matthew Vincenzi’s weekly “Stats That Matter” column, which highlights which Strokes Gained sub-metrics matter the most for a given course.

Thomas is coming off one of the quietest 12th-place finishes you’ll find at The CJ Cup. He is my preferred play up top this week as he’s priced $600 cheaper than Xander Schauffele and $400 cheaper than Jon Rahm with very similar win equity. Dating back to last year’s CJ Cup, Thomas has played in nine no-cut events and his finishes over that span are first, 17th, fifth, first, sixth, first, 25th, third and 12th. A truly ridiculous stretch of golf.

You certainly don’t need strokes gained data to tell you that JT is an elite play this week, but just for good measure he ranks number one in this field in SG: Tee-to-Green across his past 36 rounds. Thomas is due to completely run away with a tournament, and this could easily be the week. At the very least you’re likely to get a top-10 finish at a very reasonable price tag. He’s especially easy to pay up for when you consider we’re getting four rounds from even the worst player on our roster.

I’m not exactly sure what DraftKings was thinking with this price. Simpson has been one of the three or four most consistent players on the PGA TOUR for the better part of two years now. He’s always been an elite ball striker, but it’s his putting and short game that have improved significantly and put him over the top. We also like to target Simpson on shorter tracks where his lack of distance off the tee does not hurt him. There are five par 5s this week, which is very noteworthy considering Simpson ranked sixth on TOUR last season in par-5 scoring average.

We get a nice discount with his price tag this week compared to the other elite players in the field but lose nothing in the upside department. It’s also fairly easy to build a Thomas-Simpson team and not hate the rest of your roster. We’ve seen in these no-cut events that the optimal strategy is to stack two elite players at the top since we don’t have to worry about our value golfers not making the weekend. That looks like the correct move again this week.

After starting slow last Thursday with an opening-round 75, English found his game and ended up finishing tied for 10th at The CJ Cup. Much like Simpson, we can add English to the most consistent players on TOUR list, as he’s made eight of his past nine cuts with seven top-20s and two top-five finishes in that span.

His ball striking has been not great of late, but he’s been one of the better putters in this field over his last eight rounds, ranking sixth in SG: Putting. At just $8,800, English fits nicely as a second or third golfer on your roster as he should once again be poised for a top-20.

After a 12th-place finish last week, Fitzpatrick somehow got a $600 price reduction, which makes no sense. We’ve seen him play well in stacked fields before, and it’s a nice bonus when we get him on a shorter course, since he is not the longest hitter in the world.

However, we know Fitzpatrick is a grinder and one of the best putters in the world, putting him in play at almost any track. He’s been ridiculous with his irons over his last two tournaments, ranking second in this field in SG: Approach and third in SG: Ball-Striking across his last eight rounds. The price is too good to ignore on someone with top-10 upside, making Fitz one of the best cash game plays on the board.

Smith has been playing great since the TOUR came back from break, making nine consecutive cuts with five top 25s in the process. He’s also coming off a great performance at The CJ Cup last week, finishing in 11th place. It was largely his short game that carried him as he ranked both 11th in SG: Around-the-Green and SG: Putting on the week. However, if you take a more macro view, Smith ranks ninth in this field in SG: Approach over his past 24 rounds.

At just $7,200, we do not need much from him and he allows you to stack anyone you want at the top of the board.

Much like Smith, Munoz is coming off a great performance last week and did not get any sort of price bump on DraftKings. He ranks seventh in this field in SG: Tee-to-Green, 14th on approach and 11th in overall ball striking over his last 12 rounds. That’s pretty impressive for a player that costs just $7,200.

This week is setting up as another strong “stars and scrubs” type week and Munoz will likely be in a lot of optimal lineups, He is a very tough fade at that price and should be a cash-game staple.

Benny An has been striking the ball incredibly of late, ranking third in SG: Approach and second in SG: Tee-to-Green over his past 12 rounds. When you consider the ridiculous depth of this field, it’s an extremely impressive feat. As usual, it’s An’s putrid putting that’s held him back, as he sits a brutal 75th (out of 78) in SG: Putting in the same time frame. He is truly one of the biggest enigmas on TOUR.

However, we really do not need much from him this week as his $6,700 DraftKings price tag is extremely attractive. An is listed in the sleeper section but could easily be considered in cash games due to his guaranteed four rounds and sky-high upside.

Nothing new needs to be said about Schauffele, who’s coming off solo second place finish at The CJ Cup, so let’s just revert back to last week’s write up to tell you my thoughts on him:

“Schauffele is the no-cut king, and I’d be remiss not not write him up this week. $10,300 is a little more than I like to pay in cash games. However, I certainly won’t talk you off rostering the No. 8 player in the world. He’s viable in any format this week.”

He’s the most expensive player in the field this week and $900 more than last week, but the same rules apply, especially with all the value we have at our disposal.

Scheffler has been incredibly rusty since he came back from his COVID-19 hiatus, but his price is way too low for a player with his upside. He’s one of the best birdie makers in the world and should shred the par 5s on this course. It would come as a surprise to no one to see Scheffler post his first career win this week. He’s more suited as a GPP play, however, due to his recent volatility.