Here’s a breakdown of the Thursday Night Football one-game DFS slate featuring the Green Bay Packers at Seattle Seahawks that kicks at 8:20 p.m. ET on NFL Network and FOX. 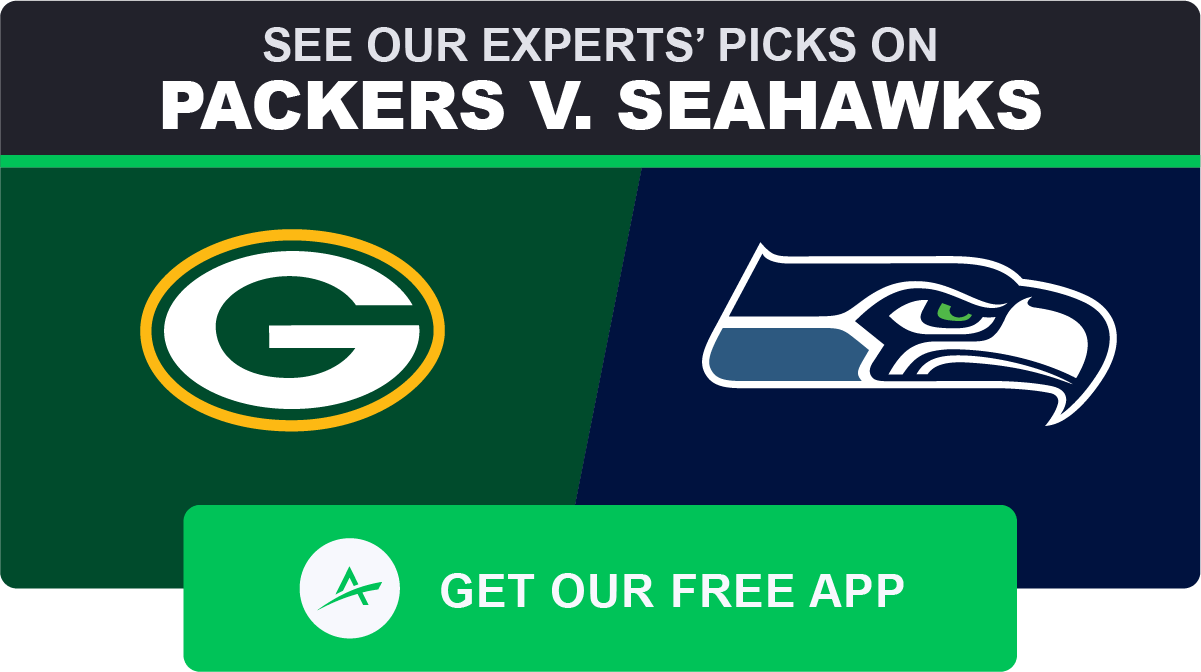 One of the main reasons I was more bullish on the Seahawks than most this preseason was that I thought their run game would be much improved with new offensive coordinator Brian Schottenheimer, new offensive line coach Mike Solari and a depth chart of backs not named Eddie Lacy.

Unfortunately for us, it’s gotten a little too good, to the point where everyone they line up next to Russell Wilson falls out of bed into a 100-yard rushing game, which has potentially created a three-way committee after Rashaad Penny’s latest outburst and Chris Carson due back from a hip injury.

On DraftKings, the best way to gain as much exposure to each team’s passing and running game as possible is to go Rodgers-Jones-Wilson-Carson-Davis in the flex and fill the Captain slot with David Moore, who has seen 37% of Seattle’s air yards over the past three weeks.

You can’t get in both quarterbacks and their top backs on FanDuel. Rodgers and Wilson are projected for roughly five points more than any other player on the slate, so it comes down to which backfield to fade. Going Rodgers-Wilson-Jones forces you to punt two spots, but going Rodgers-Wilson-Carson-Davis forces you to punt only one and gives you access to more potential Seahawks rushing touchdowns.

Both of these teams want to run but struggle to stop it, so the best strategy for this slate is to build lineups around a running back in the 1.5x slot … or Davante Adams, who has caught a touchdown in seven of nine games.

Wilson, who thrives under the lights, has started to run more and has 14 attempts over his past two games after 19 over his first seven, which makes him a better bet than most quarterbacks for the 1.5x slot. (Though for what it’s worth, only one of those 14 attempts came inside the red zone.)

Penny and Jamaal Williams are the top leverage plays due to their potential to siphon touchdowns from their higher-owned teammates.

Running as Rodgers’ No. 3 receiver sets St. Brown up as the best dart throw. Honorable mention to Nick Vannett, who continues to get more burn than Ed Dickson and clocks in with a top-four Projected Plus/Minus in our DK Showdown Models, along with Sebastian Janikowski, Mason Crosby and St. Brown. Speaking of which, Monday night’s winning lineup in DraftKings’ largest guaranteed prize pool featured both kickers, which could also work on this slate in what projects to be a close and relatively high-scoring game (see live odds here).