For analysis on the smaller slates, consult Chris Raybon’s premium strategy pieces (released throughout the week).

In writing this piece, I’ve relied primarily upon the FantasyLabs Models. Please think of this breakdown as less of a comprehensive analysis of each tight end and more of an introduction to this week’s players via our large suite of analytic DFS Tools. We’ll start with the two tight ends at the top of the salary scale, then touch on 12 players who have caught my eye (for good or bad) and finish with one pass-catcher at the top of our individual Pro Models.

Jump to: The Two Priciest TEs | Notables | At the Top of Our Models

There are two tight ends at the top of the salary scale.

When Gronk is healthy, he’s the Shaquille O’Neal of tight ends. He might not be the best of all time, but he’s probably the most dominant. Even though Gronk has missed 26 games in his career, no one else in the league has more than his 76 touchdowns receiving since 2010. He’s the top pass catcher on the No. 1 team in The Action Network Power Rankings: It should be no surprise that he leads all tight ends with seven DraftKings and nine FanDuel Pro Trends and has the position’s highest ceiling, median and floor projections.

Gronk is always expensive and often hard to roster, but in Week 1 there’s so much value at the other positions that it’s now much easier to fit Gronk into your lineup. And if there’s a time to roster him, it’s probably early in the year, before he’s picked up any nagging injuries and while wide receiver Julian Edelman (suspension) is out. And as mentioned on the midweek edition of The Action Network NFL Podcast, he makes for a great stacking partner with quarterback Tom Brady: The Pats-Texans game has the slate’s highest over/under, giving Gronk the potential for heavy receiving usage in a shootout. The points-friendly Gillette Stadium has an A-graded 41-23-0 over/under record since Gronk entered the league. Not once in Gronk’s career has the Gillette over had a losing season.

On top of that, Gronk has a good matchup against the Texans, who last year allowed opposing tight ends to score the fifth-most fantasy points per game (11.7) on FanDuel … where Gronk just happens to be the highest-rated tight end in every single one of our Pro Models. He’s also the No. 1 DraftKings option at his position in the Bales Model. He will have a high ownership rate in guaranteed prize pools, but you still might want to use our Lineup Builder to stack Gronk with Brady. Since 2014, tight ends have had a 0.40 correlation with their quarterbacks, but over that time Gronk and Brady have averaged a 0.67 correlation.

Over the past two years Kelce has scored almost as many points per game (14.73) as Gronk (14.75) in point-per-reception scoring — and he’s offered superior value because he’s been healthier and more reliable, playing in 31-of-32 games vs. 22 for Gronk. In most slates he makes a fantastic arbitrage play and this week is substantially cheaper than Gronk — but he carries some risk.

While Kelce is pretty much a matchup-proof player — he’s led the Chiefs in targets each of the past two seasons, and last year he led all tight ends with a 0.31 air-yard market share — this week he’s facing the Chargers secondary, which enters the season as Pro Football Focus’ No. 2 unit and has a potential star at safety in first-rounder Derwin James.

More over, Kelce will have to deal with the transition from quarterback Alex Smith to Patrick Mahomes, who could struggle in his first game as the full-time starter. And even if Mahomes proves himself to be better than Smith, that could actually be bad for Kelce, who might lose target share to other receivers. With Mahomes as the starter, Kelce’s usage and role are more uncertain than they’ve previously been.

Plus, the Chiefs are road dogs and Kelce has historically been better at home (14.13 vs. 13.24 DraftKings points per game) and as a favorite (14.20 vs. 12.56). As a road dog, Kelce’s been at his worst, averaging a mediocre (for him) 12.31 DraftKings points with a +1.51 Plus/Minus and 56.3% Consistency Rating. Kelce is not without value — he has a position-high 99% Bargain Rating and nice 69% leverage score on FanDuel thanks to his high ceiling and low ownership projections — but he could disappoint against the Chargers. 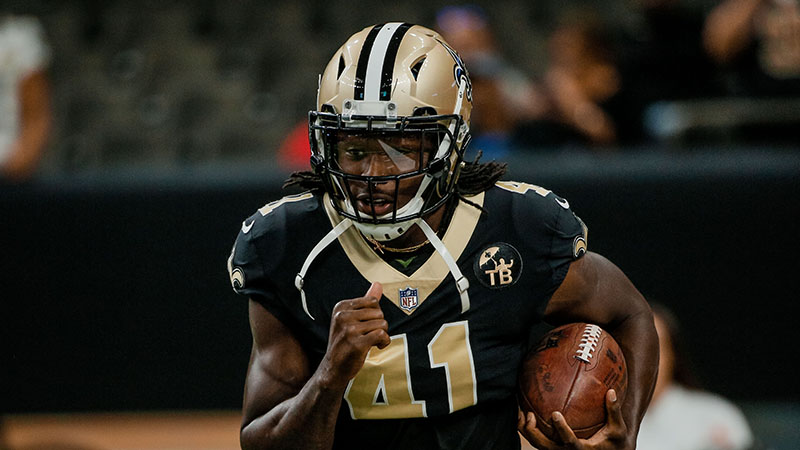 Here’s a quick rundown of 12 tight ends who have caught my eye (for good or bad). 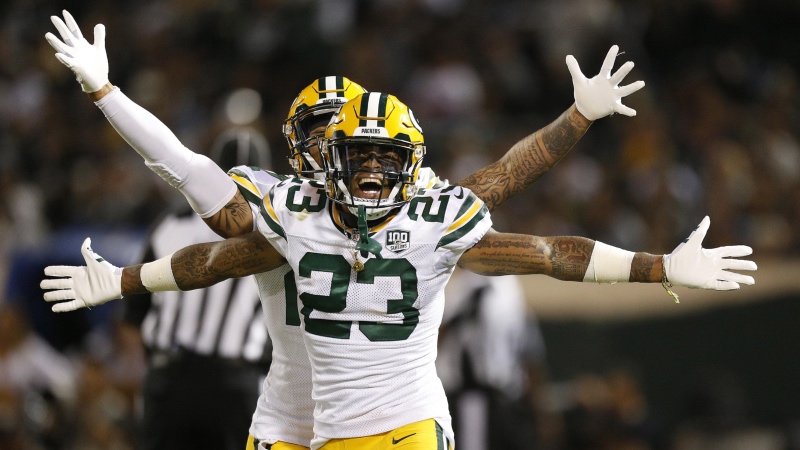 Besides Gronk, there is one tight end atop the individual Pro Models that Jonathan Bales, Peter Jennings (CSURAM88), Adam Levitan, Sean Koerner, Chris Raybon, Kevin McClelland (SportsGeek) and I have constructed.

Over the last two years, Doyle has had a 5.5-yard average depth of target (aDOT), easily the lowest mark for a starting tight end. Basically, Doyle gets his targets by taking two steps off the line of scrimmage, changing direction and putting his hands out. While his low aDOT probably doesn’t help the Colts win games, the upshot for Doyle is that he has a sparkling career catch rate of 77.0%, which is highly valuable in PPR scoring, where Doyle has been the fantasy TE12 since 2016 with 10.1 fantasy points per game. Given his low salary and high pass-catching efficiency, it’s probably not a surprise that Doyle is the No. 1 DraftKings tight end in all of our Pro Models except for one (Bales).

Along with fellow tight end Eric Ebron ($3,300 DraftKings; $5,000 FanDuel), Doyle is in a good spot. For one, quarterback Andrew Luck is slated to make his first start since 2016. Last year, the Colts averaged a paltry 16.4 points per game, ranking 30th in the league. The year prior, they averaged 25.7 points and ranked eighth. Luck’s presence on the field instantly improves the fantasy prospects of all his skill-position teammates.

Additionally, new HC Frank Reich is expected to feature his tight ends heavily, just as he did with the Eagles over the past two years as the offensive coordinator. This week, a tight end-focused attack against the Bengals could pay off. The Bengals use a Cover 3 that assigns tight-end defense to an unproven safety in rookie Jessie Bates and three subpar linebackers in Nick Vigil, Preston Brown and Jordan Evans, all of whom have PFF coverage grades of less than 60. Last year the Bengals were 30th in pass defense against tight ends with a 19.6% DVOA.

Given the barrenness of Indy’s wide receiver depth chart, both Doyle and Ebron could enjoy heavy volume.

Be sure to read the other Week 1 positional breakdowns.