While most daily fantasy players are more familiar with the usual salary-cap structure, DraftKings also has tournaments in a pick’em style: There are no player salaries, and you simply select one player across the eight tiers.

This style of game allows you to quickly create lineups because you don’t have to spend time weighing cap costs against points. Just choose the best player. For FantasyLabs readers, our Models — powered by Sean Koerner’s No. 1 in-season rankings — are a massive edge in choosing the best players and making weekly profits in Tiers.

Here’s a breakdown of the DraftKings Tiers slate for Week 16.

The Rams own the second-highest implied total of the slate (29.25 points) against the Cardinals, who allow the eighth-most points to opposing offenses. It’s also possible that the Rams are without Todd Gurley this week. Even if Gurley does play, a full workload would still be in question.

This makes Goff more the focal point of one of the NFL’s best offenses. This upside makes Goff a great tournament play.

Eight quarterbacks have a touchdown rate higher than six percent through 15 weeks. Only Patrick Mahomes and Luck have more than 450 pass attempts. Luck has 557 attempts and has thrown multiple touchdowns in 11-of-14 games.

He and the Colts are 9.5-point favorites over the Giants as of writing (see live odds here), and Luck is a top-three floor play in our Models. Luck is the clear cash option in this tier.

Cooks is averaging the fewest points of any player in Tier 2, but with the top backs commanding a vast majority of the ownership, Cooks is the ideal pivot.

Cooks is also the better stack with Goff as has a .68 correlation with Goff compared to Woods’ .09 correlation.

Elliott is the only back in Tier 2 without major red flags. Gurley is nursing an injury while Christian McCaffrey will be on a Panthers offense without Cam Newton, and their implied total has dropped as a result.

Zeke is getting more volume than any other back without any of the flags that come with other Tier 2 back. He’s a lock in cash and viable in tournaments.

Jones owns the highest ceiling projection, and after an erratic start to the season, he’s hit 20 points in eight of his last nine games. Jones is also the volume king of receivers. He’s been targeted 151 times and has 2,178 air yards. Both marks lead all receivers.

Jones is the best bet to lead all receivers in scoring again this week.

Barkley is third among all backs in targets (105) and receptions (81) this season. He faces the Colts this week, who specializes in feeding running backs targets:

Barkley should have no problem bouncing back from the worst performance of his NFL career.

Excluding a game in which he left with an injury, Michel is averaging 17.3 attempts per game. The Patriots have also favored a ground attack, running on 42.8% of their plays, the 10th-highest mark in the NFL.

Running the ball often will be even easier this week as the Patriots face the Bills and are favored by 13 points. Backed by game-script, Michel is a viable worthwhile play.

Ebron has the highest median projection of any Tier 4 player due to his incredible red zone usage. Ebron is eighth in red zone targets (20) and has converted 10 of them into scores. He’s also fourth in total targets among tight ends.

Ebron’s highest correlation is with Luck (.37) and their scoring is higher correlated than Luck and T.Y. Hilton’s. The Luck/Ebron combo offers is a great way to lock in this offense’s touchdowns.

Drew Brees is nowhere to be found in Tiers, but the best correlation to him is Thomas … outside of Dan Arnold of course. The Saints play at home this week, where their offense, and Thomas, excel (per our Trends Tool).

Thomas will also be on the team that Vegas expects to score the most (29.5) in the game that Vegas is similarly bullish on (53.5-point over/under). He’s the best way to leverage a good game from Brees into a successful lineup.

With Aaron Rodgers also left out of Tiers, Adams is the best Packer available. Adams has scored a touchdown in 10-of-14 games and hit 20 points in nine of them. He and the Packers face the Jets this week, who give up the second-most points to wide receivers.

Bet on Adams to find the end zone again in a good matchup.

Landry and the Browns get to face a truly atrocious defense this week in the Cincinnati Bengals:

Kelce is currently chasing history as he’s 107 yards shy of the single-season receiving yardage record for tight ends. He’s ninth in the NFL in targets (130) and 10th in receptions (91). Despite Tyreek Hill’s greatness, Kelce also leads the Chiefs in receptions, yards and touchdowns.

The Chiefs’ true No. 1 receiver is the best way to get exposure to their offense in Tiers. 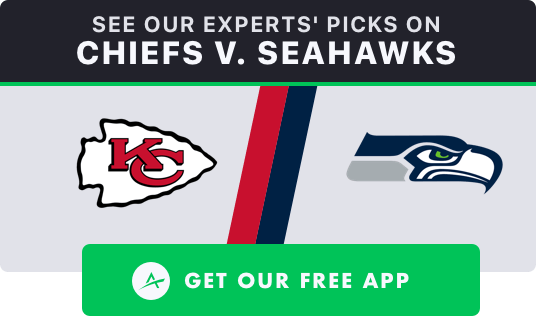 Hill will see a majority of his coverage from the Seahawks outside corners Tre Flowers and Shaquill Griffin. Flowers is Pro Football Focus’ 65th corner and Griffin is corner 109.

Brown and JuJu Smith-Schuster are both great options in a likely shootout with the Saints. Brown is just in a less competitive tier.

On the road, Browns has typically been less productive but he’s still a quality receiver. This season he’s averaging 18.7 points per game on the road. This would be third in Tier 8.

Stacking Thomas with AB is the best way to capture the scoring upside of this game.