While we were right that the Colts were ready for a takeoff last week, we got the touchdown scorers wrong. T.Y Hilton and Jack Doyle were left off the scoresheet while Mo-Allie Cox and Eric Ebron combined for four touchdowns. We will be going back to the well with Hilton again this week, but overall, I feel very good about our strategy — capitalizing on good players and good volume in “bad matchups” — being profitable over the course of a 17-week season.

Last week, we hit on Drew Brees as our QB in tournaments as people far overrated the fact that he was going to be on the road. This week, the Labs models have Wentz projected for only 5-8 percent ownership despite the fact that he is in one of the highest total games of the week. Wentz has a full complement of quality pass catchers with Ertz, Golden Tate, Alshon Jeffery and even Jordan Matthews contributing to what is definitely an underrated group.

Wentz also adds something key for tournament quarterbacks: rushing points. It really is hard for a QB to get more than 30 fantasy points without any rushing points and Wentz is averaging 1.3 rushing points per game. That sounds like nothing, but when you realize that he is more likely to run in a competitive/high-scoring game, you get a sense of how high his ceiling can be. While the Saints side of this game is great for tournaments, it would be foolish to overlook Wentz/Alshon/Ertz stacks as a semi-contrarian option.

Conner is projected for 13-16% ownership in the larger field tournaments. It makes sense with Christian McCaffrey, Saquon Barkley and Melvin Gordon in such good spots. However, Conner presents a meaningful discount to those super studs and is in the same tier as them in terms of usage and production.

Conner has already matched Le’Veon Bell’s career high in single-season touchdowns with 11 and is averaging 5.7 yards per touch which is more than Bell ever had. People tend to see a defensive matchup against Jacksonville and start crossing players off their list despite the fact that the Jags only eighth in DVOA this season and are coming off of giving up 29 points to the Colts.

The Steelers are one of the leagues five best offenses and when Conner is healthy, he is seeing around 85-90% of the team’s total backfield work. The Terminator is one of my favorite overall tournament plays this week. 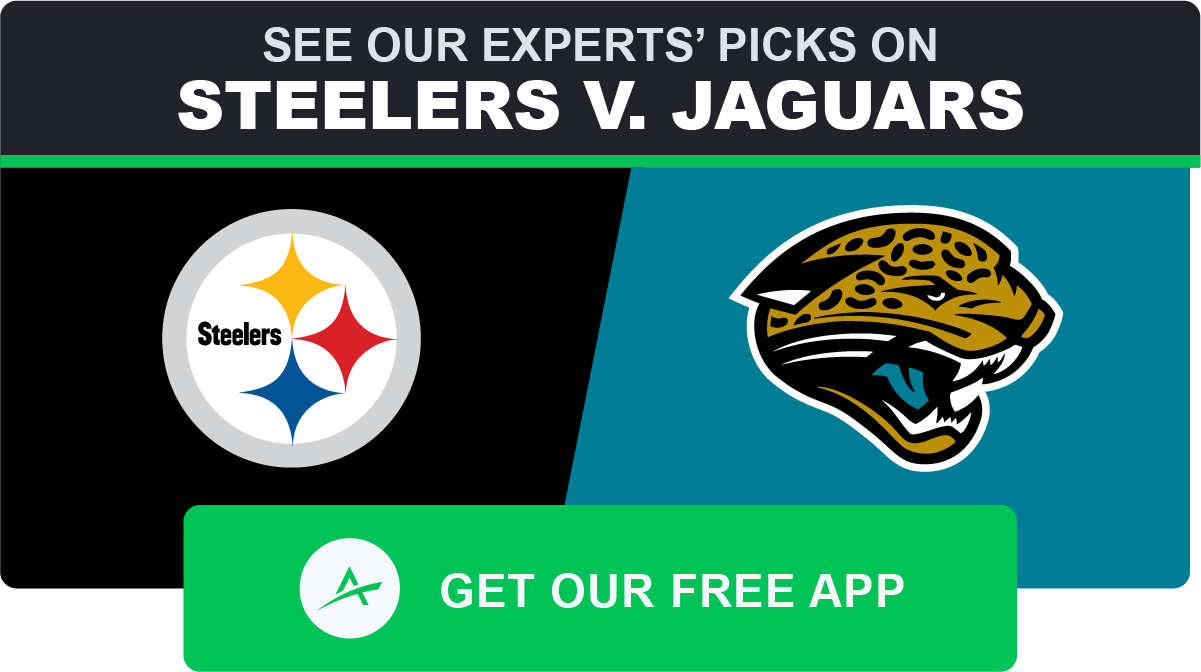 The biggest revelation in the post-Golden Tate era in Detroit has been Kerryon as a receiver. He has 19 targets in the Lions’ past three games and 11 targets in two games without Golden Tate. Marvin Jones is banged up and may not play this week, which should relegate Theo Riddick to playing almost all of his snaps in the slot and insert Brandon Powell as the outside receiver in Jones’ spot if he is unable to go.

Regardless if MJJ is healthy, Kerryon’s new role in this offense is not reflected in his DK price. Yes, the Lions have been running way under expectation in their past two games, but if they get things even semi back on track, I would expect 18-plus interactions for Johnson against Carolina and a minimum of five targets.

Hilton very well might be featured in this column until the season ends. Andrew Luck is not playing like the quarterback who we remember from before his shoulder injury, that much is true. The Colts offense is using tight ends and running backs as underneath wide receivers far more often than in the Chuck Pagano era, In fact, Hilton’s average depth of target is under 10 yards.

Part of the reason I keep going to the well with Hilton is that I expect as Luck gets healthy and the offensive line keeps him off his back, T.Y.’s aDOT should improve. Furthermore, while I try to stay away from looking at individual matchups too close, Hilton will get the cushy one against Malcom Butler, who has been one of the league’s worst corners through 11 weeks.

Most importantly, Hilton is significantly faster than the Titans’ boundry defenders and his skillset can come into play both on deep throws and shallow crossing routes that let him accelerate laterally in a way that Butler is not capable of defending. Hilton also has massive home/road splits, which actually makes sense, given that he plays his home games inside on turf. 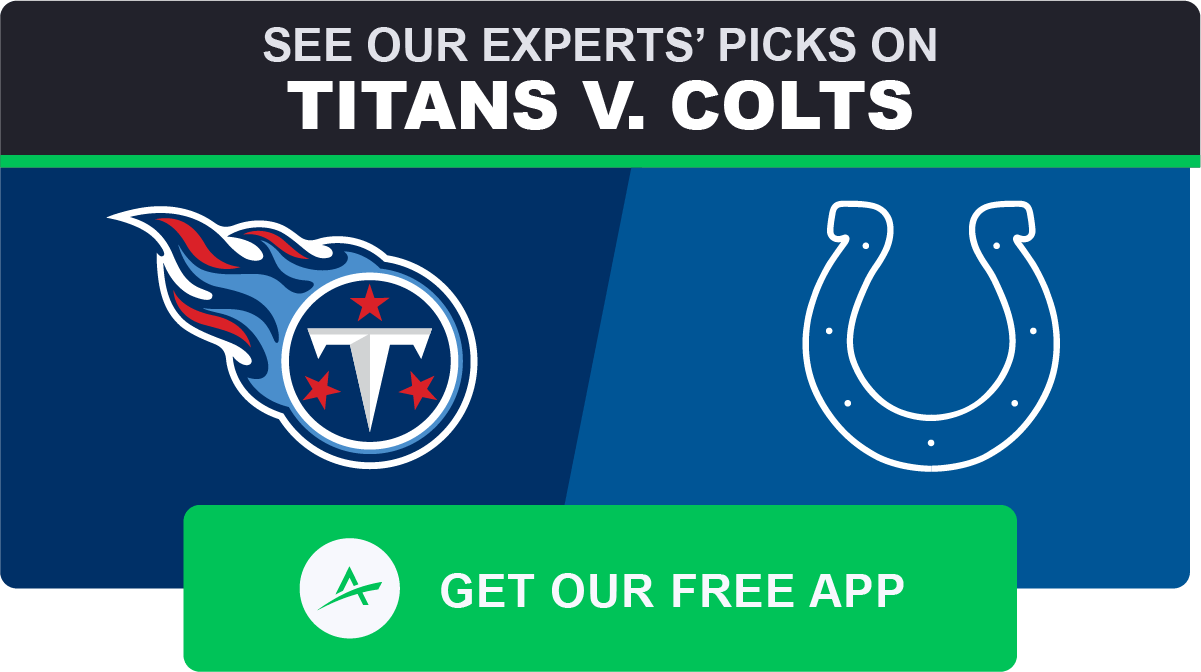 I have come all the way around on Sanders. I used to be an anti-Sanders truther, insisting that his value was mostly based on his QB play, but after being presented with this season of data, there is just no way that is the case.

Sanders ranks in the top 15 in the league in yards after the catch, has a RACR of .99 and has been able to generate value in an offense that is anchored by the run game and Case freakin’ Keenum.

The Broncos are coming off of their bye and a game where Jeff Heuerman got 11 targets; they have now had two weeks to prepare for life without Demaryius Thomas, and I expect that will turn Sanders’ target share from 22% to around 28% moving forward.

If you buy that Sanders will see more targets than 22% of the team’s throws going forward, he’s an excellent tournament play against the Chargers this week. His combination of volume, efficiency and expected ownership is putting him in my core tournament ownership mix this week.

Ricky Seals-Jones, Jared Cook and Zach Ertz look like the main grouping of ownership at the tight end position but instead of taking the layup with RSJ, we need to get off the beaten path a bit. It did not come to fruition in the nightmare game against the Saints, but one of the biggest expectations I have with A.J. Green sidelined is that C.J. Uzomah will be used as a receiver more often.

We already know that a good offense beats a good defense but the Bengals offense has some real challenges this week against the Ravens. One way the team could avoid attacking the Ravens’ solid defensive back core with Tyler Boyd and  John Ross is to use Uzomah more in the slot and feed he and Joe Mixon/Giovani Bernard underneath as opposed to running the ball into the ass-end of the guards.

This is a very speculative play, and I understand that the downside is five targets with zero catches, but I’ll be sprinkling Uzomah in some tournaments.

2018 NFL Draft Prop Specials: Lamar Jackson’s Stock Has Nowhere to Go But Up

Jimmy Garoppolo: Does He Deserve the Hype?