Here’s the breakdown for the Week 15 one-day slate that kicks off on Saturday at 4:30 p.m. ET.

As always, I’ll start with the cheapest viable options (listed below), then build from there.

Mayfield leads the league in yards per attempt since Freddie Kitchens took over as offensive coordinator. Mayfield faces a Chris Harris-less Broncos defense that gave up more yards to one player in the first half last week than Sam Darnold (170) or Case Keenum threw for in the entire game.

Along with DeAndre Hopkins, Chubb and Lindsay have top-three median projections among non-quarterbacks while McGuire has the top Projected Plus/Minus on the slate as he takes over the lead role in the backfield for the injured Isaiah Crowell (ankle), so this is essentially your cash-game backfield.

Quincy Enunwa (ankle) was ruled out, and his absence opens up value in the Jets receiving corps.

Anderson leads the team in market share of air yards by more than 10% and has a top-two Plus/Minus at the position on DraftKings. Kearse is second on the team in target share (18%) after Enunwa and is a better value on FanDuel. The Texans rank 27th, 25th and 17th in Football Outsiders’ DVOA vs. No. 1, No. 2 and “other” wide receivers, respectively.

Emmanuel Sanders’ season-ending Achilles injury also continues to open up value in the Broncos pass-catcher corps. Sutton is top three by Projected Plus/Minus and Pts/Sal at the position on both sites. You’re essentially paying for Sutton’s upside at this point — he’s failed to clear 14 yards in two of his past three games — but it’s there against a Browns pass defense that won’t be as formidable without No. 4 overall pick Denzel Ward (concussion). 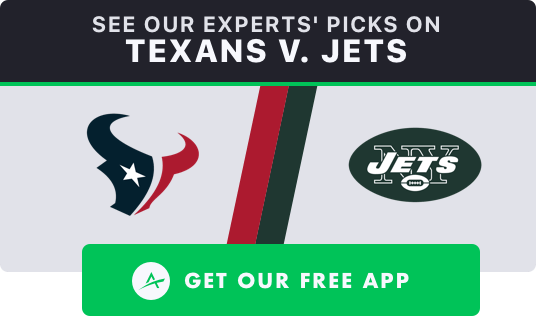 Herndon is cheap enough on DraftKings to give him the top Projected Plus/Minus at the position against a Houston defense that’s been sliced up by tight ends all season (27th in DVOA). I think I’m going to end up with Herndon ranked higher than David Njoku — Herndon’s target share over the past six weeks (14%) is actually greater than Njoku’s (13%). Herndon is $300 less than Njoku on FanDuel, so if you are going to roll with Njoku, that’s the better site to do it.

As the team with by far the largest spread facing the NFL leader in interceptions (Darnold has 15), the Texans should be the only D/ST we consider in cash. (The guy who placed a high-five-figure wager on Houston would probably agree.)

It’s pretty straightforward this time around: Plug in Hopkins in place of Hamilton on DraftKings and Sutton on FanDuel. 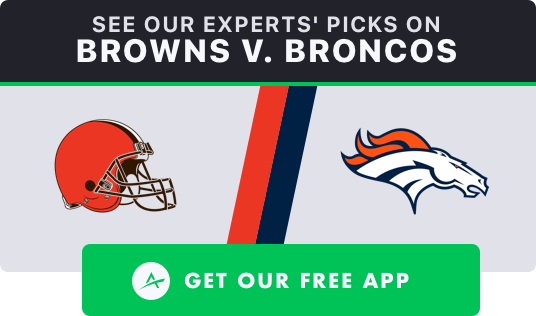