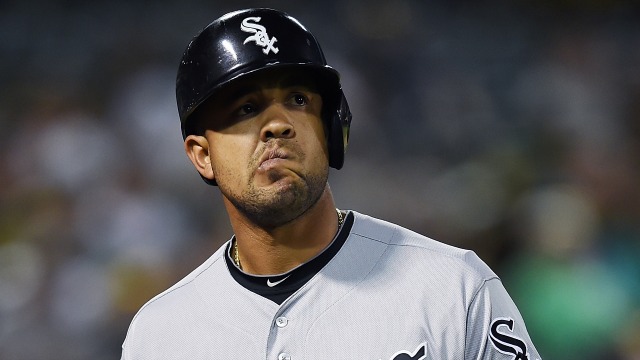 I don’t think many people would argue that Jose Abreu was one of the very best hitters in the league last season. With that in mind, I came to the surprising realization the other day that it has been quite some time since I last rostered Abreu. First base is very deep in DFS, so can we still count Jose Abreu among the elite in the position?

To set a baseline, I’ve listed Jose’s 2014 ranking in several major statistical categories. The only other player who finished within the top five in each of these areas? Mike Trout.

Here is Abreu within those same categories this season:
In terms of Plus/Minus, Abreu has been good, not great in 2015:

However, when priced like an elite hitter, Abreu has done poorly. Applying a filter of “Price is $5000+ on DraftKings,” here are Abreu’s results by year:

That is one terrible score for 2015. Abreu is frequently within this price point, and in fact, he is at $5500 at the time of this writing. The White Sox are currently last in the MLB in total runs scored, so that certainly doesn’t help. But even last year, the White Sox were a team that collectively underperformed their projections, and yet Abreu still excelled:

That leads me back to Abreu’s numbers. Where specifically is he struggling? There are three things that really stick out to me after reviewing his numbers. As was evident in the league rankings I highlighted above, Abreu’s total wOBA is lower this year…50 points lower, to be exact. His BABIP numbers are following the same downward trend, .356 in 2014 to .332 in 2015.

I have previously talked about players who are able to sustain a high BABIP with a high HR/FB, with Paul Goldschmidt being the best current example. In 2014, HR/FB was an area that Jose just killed lefties, finishing at 34.5%, which was first in the league by a pretty healthy margin:

At home against lefties, Abreu posted a 46.2% HR/FB (what?!) meaning almost half of his fly balls resulted in home runs at US Cellular Field. In 2015, Abreu is sitting at 15.4% in HR/FB vs lefties. In other words, he went from comfortably in first place to Hank Conger territory:

I have no idea if this is injury-related, the result of pitchers making adjustments, or regression coupled with a little bad luck, but it is certainly shocking. With this in mind, back to the original question: Is Jose Abreu still elite?

Honestly, I’m inclined to say no at this moment. When priced as an elite bat, Abreu has significantly underperformed this season. Additionally, he has recently struggled in the area he was most elite in 2014: power against lefties. There is still a lot of baseball to be played and Abreu has the kind of upside to make this entire article moot in a hurry. For now, though, it’s hard for me to pick Jose at such a stacked position in DFS.