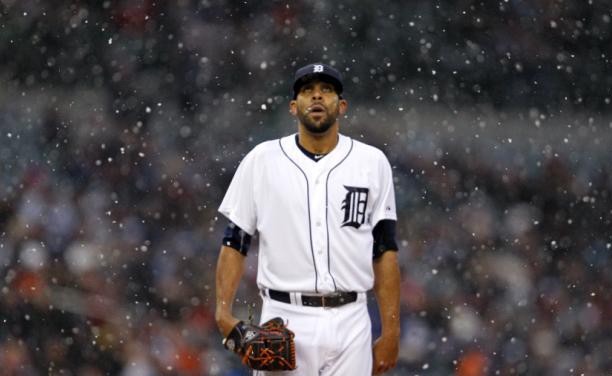 A Twitter follower had an interesting idea for a topic: whether or not specific teams play well against the best pitchers in MLB. Without great tools like Fantasy Labs, we’d be left to ponder, “Hmm, I wonder,” or rely on anecdotal evidence. Luckily, I can set up a custom trend, apply a couple of filters and get to the bottom of it.

I’ll define elite pitching as starting pitchers priced at $10,000+ on DraftKings. Generally speaking, those are the pitchers who are coming into a slate performing at a high level. From a pitcher’s perspective, here are the teams that the most expensive pitchers have had the most trouble with in 2014-2015 in terms of meeting DFS value:

Not any huge surprises, honestly. These teams generally have a couple of big bats that can ruin a pitcher’s day in one swing and, of course, every DFS player knows the Royals never strike out. Seems like the Rockies should be on this list though, right? Believe it or not, they’re actually all the way on the other end of the spectrum:

Looking at the results, though, this value is almost exclusively generated from games when the Rockies are away from Coors. Top pitchers facing the Rockies at Coors have a -1.04 Plus/Minus.

The person who suggested this topic to me specifically referred the Reds against Max Scherzer, and I will look at that specific case in a minute. I thought it might be fun to look at a few of the top pitchers and see if they have one team that always seems to hit them well and cause them to lose value in DFS matchups. I’ll be looking at recent matchups from 2014-2015.

Starting with Clayton Kershaw, the Diamondbacks have hit him pretty well in two of four matchups. Kershaw is currently at -7.57 in Plus/Minus vs Arizona with both of the bad games coming at Chase Field. Goldschmidt & co. have been a thorn in the side of lefty pitchers in general for the past two years:

Moving onto Mad Max, are the Reds really his kryptonite? Possibly. He has only faced them once in the past two seasons and was lit up by Joey Votto. Now that he is in the NL, this will be a matchup to watch going forward though. Based on the following graphic, I doubt Max minded leaving the AL Central:

For King Felix…uhh, sorry if this is too soon, guys, but:

The Astros also held Felix under his expected points total in two other matchups, held him to about his projection once, and struggled against him once. Out of five recent matchups, Felix Hernandez has helped out your DFS team only once against the Astros. That’s surprising to me because the Astros obviously love to K and Felix has a very low FB%. Note that just because a pitcher is an ace, that doesn’t mean they need to have a low FB%. In fact, Scherzer’s FB% is hovering around 48% at the moment, which is very high.

David specifically hates meeting up with the Yankees at Yankee Stadium:

Chris Sale doesn’t much care for his AL Central foes either. Although the Indians’ lineup is relatively lefty-heavy, they strike out at a surprisingly low rate against left-handed pitching. Although Sale is a double-digit K/9 guy and has the stuff to fool anyone, you might want to watch his next AL Central showdown from the sidelines:

The Twins are no layup for Sale either:

Looking at Strasburg at this point would just be cruel, so I’ll skip him and end with Cueto. Despite not having one game where they’ve really gotten to Cueto, the Cubs have held him below expectations during the past two seasons. With a lineup that is more dangerous than ever (defining ever as the past few seasons), the Cubs may be a team to avoid rostering Cueto against for DFS purposes.

Even elite pitchers have puzzles they can’t solve and the teams that give them trouble aren’t always just the best overall offenses. I invite you to take this data with a grain of salt because of the small sample sizes. Still, it is surprising any time we see an ace struggle and when they struggle more than once against the same opponent…well, maybe it’s worth considering.