Week 6 AAF DFS Breakdown: Jhurell Pressley Is Too Cheap to Not Play

We’re on to Week 6 of the Alliance of American Football league, which means we once again have the luxury of competing in the glorious pastime known as daily fantasy football.

Be sure to check out this week’s betting guide later in the week for specific Week 5 takeaways along with relevant matchup and injury notes.

Here’s a key to the table below that features the following information for every player included in our FantasyLabs AAF Fantasy Rankings.

Aaron Murray is throwing some dimes!@TheAAF game play has been 🔥🔥🔥 now that every team seemingly has a competent quarterbackpic.twitter.com/srBhcJDzSW 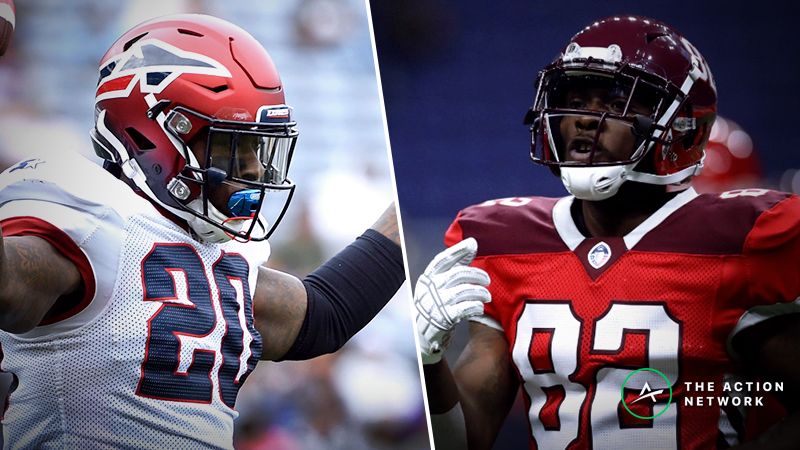 My lock-button plays are Richardson and Pressley at running back along with C. Johnson at wide receiver.

From here, we have two main stacking options to choose from …

Paying up at quarterback to get Gilbert could help differentiate lineups, but you’ll need to take plenty of chances on cheaper running backs and receivers after also locking in Johnson and/or Marshall.

Atlanta is also intriguing to target, as most of Murray’s pass catchers are fairly affordable and allow users to spend up a bit more at running back.

Focusing exposure to the likes of McKay and Patton seems wise considering both are sub-$6,000 receivers who have consistently established themselves as their offense’s No. 1 option.